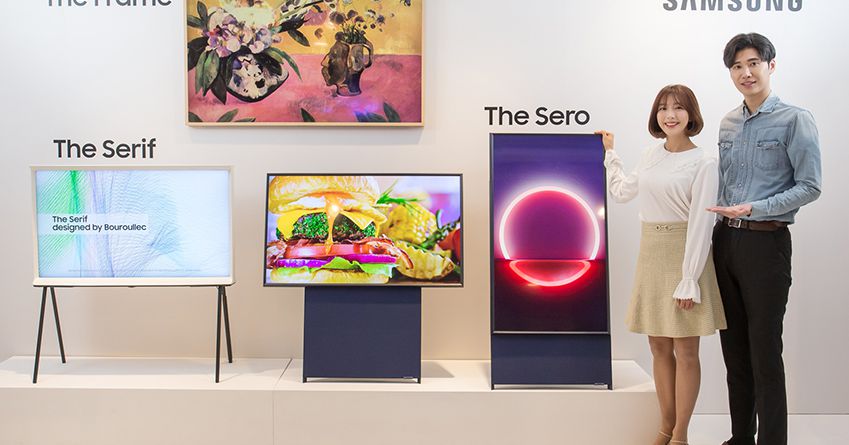 The latest addition to Samsung's TV series is Sero, a 43-inch TV that was designed with a millennial generation in mind and therefore fluctuates between horizontal and vertical directions. It is a much smarter idea than the term "vertical TV" would lead you to believe. Accepting that mobile content is vertical, Samsung said that Sero is designed to encourage young people to project several of the smartphone's stuff on the TV by letting it go vertically. Throwing in 4.1-channel, 60W speakers along with an integrated marine stand and minimalist back design, Samsung seems to be hoping this TV will act as both a music playback hub and a stylish piece of furniture.

When not used as a conventional TV or telephone enlarger, sero can also serve as a large digital photo frame or a music visualizer, and Samsung's Bixby speech assistant will also be present. Samsung is planning to put Sero on sale for KRW 1[ads1].89m (around $ 1,600) on its home market in South Korea at the end of May.

Sero has a strange middle ground between a concept and a real product. Opening a pop-up store in Seoul today and showing Sero next to its existing Serif and Frame TV lines, Samsung adds to its so-called lifestyle TV series. It appreciates and publishes the Sero. But the company also calls this new TV a concept, and its efforts will certainly include careful monitoring of consumer feedback for the whole premise. Will the millennia warm up to the expanded flexibility, or will they feel subtly attacked by Sero who exposes the intensity of their (ok, our ) smartphone addiction?