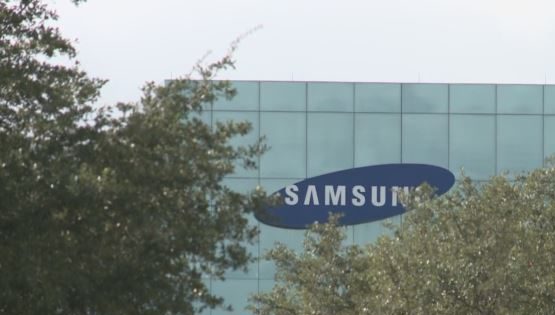 Samsung has stated in its applications that it wants to start construction in January 2022.

How Taylor, Williamson County is trying to win the coveted spot at Samsung’s next chip factory

A City of Taylor spokesman told KXAN News they could not confirm the decision Monday night, saying “out of respect for the companies we work with, it is our policy not to comment on economic development projects until an announcement has been made by the company.”[ads1];

A local source told KXAN that they expect an official announcement on Tuesday. The Wall Street Journal also reports that Gov. Greg Abbott will make an “economic announcement” on Tuesday.

Taylor and Williamson County leaders voted unanimously in September to approve more incentives with Samsung, worth millions of dollars, according to the Austin Business Journal.

The county says that all agreements that have been adopted are performance-based, which means that Samsung will not receive any tax rebate until they meet certain standards.

“Every job created in a manufacturing plant, six jobs created outside it, when you think about all the materials that move in, you know, people who drive trucks, fly planes, bring in parts and equipment for those factories,” says Ed Latson, CEO of the Austin Regional Manufacturers Association (ARMA). «The auditors, the lawyers, the professional services that go to support these people. It creates a lot of drip effect in the economy. “

Latson acknowledges that a challenge ahead will be to build up the Central Texas workforce to meet the demand for jobs. He estimates that his industry will need around 20,000-25,000 new workers over the next five years.

“They have to address the challenges that are in the region for everyone,” Latson said. “But you know, I have full faith that they can overcome these.”

Samsung has surveyed a nearly 1,200-acre area southwest of downtown Taylor for its new facility, which could be up to 6 million square feet, according to Williamson County.

Last week, Taylor Independent School District union representatives approved a Chapter 313 agreement with Samsung, which gives the company a break from property taxes, a lawyer who worked on the agreement told KXAN.

He also told KXAN that the deal would save Samsung around $ 292 million in gross tax over 15 years. After further payments to the school district, the total savings come down to around $ 246 million, he said.

The city and county agreements will also require Samsung to provide internships to at least 24 Taylor ISD students per year.

This story will be updated as more information becomes available.