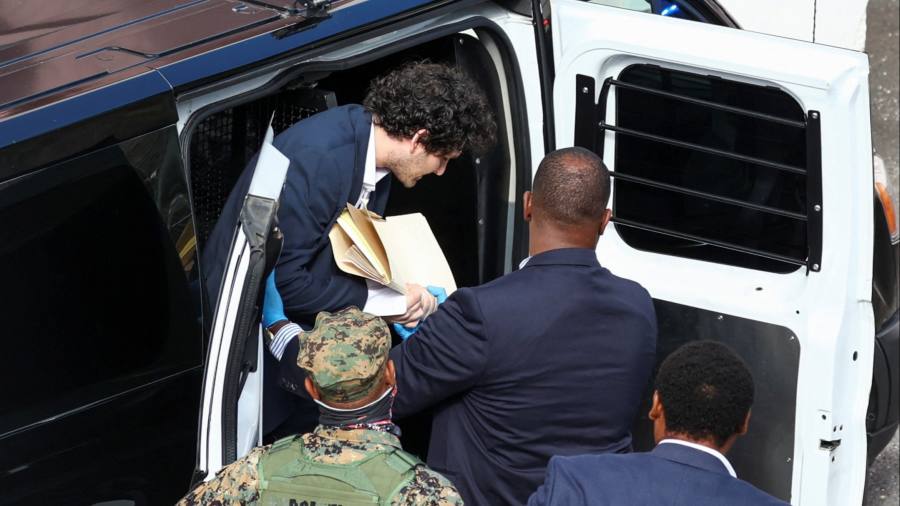 Sam Bankman-Fried appeared in a Bahamas magistrate’s court on Monday amid expectations that the former billionaire would end his resistance to being extradited to the United States to face fraud charges linked to the collapse of cryptocurrency exchange FTX.

The FTX founder was arrested in Nassau last week and had resisted extradition to New York following his indictment in Manhattan on US federal wire fraud and money laundering charges. Ahead of the hearing, a person familiar with the matter said they expected him to drop the fight.

However, the case for Bankman-Fried̵[ads1]7;s extradition was delayed on Monday after his local lawyer said he did not know why his client was being arraigned. Magistrate Shaka Serville adjourned the hearing twice to allow Bankman-Fried to confer with her lawyers and call her U.S. attorneys, local news reported.

Bankman-Fried left the courthouse around 1 p.m. local time without agreeing to be extradited to the United States, Reuters reported.

Bahamas prosecutors called the events “unbelievable,” according to Reuters. Bankman-Fried’s local attorney said his client wants to see the U.S. indictment against him before agreeing to be extradited, the agency reported.

Bankman-Fried arrived at the Nassau courthouse shortly after 10 a.m. local time, and pulled up in a black police car under heavy guard from the jail where he was being held. The charges filed against him last week in the Southern District of New York allege he orchestrated “one of the largest financial frauds in American history.”

He has denied criminal guilt.

A court in the Bahamas last week denied Bankman-Fried bail, saying there was a risk he would try to flee. The 30-year-old has since been held at Fox Hill Prison in Nassau. The facility has been criticized in international reports for overcrowding and lack of sanitary facilities.

Bankman-Fried also faces civil charges from the US Securities and Exchange Commission and the Commodity Futures Trading Commission, which allege he misled investors and funneled client money entrusted to the FTX exchange to his private trading firm Alameda Research.

If convicted, Bankman-Fried could face a maximum sentence of more than 100 years in prison, according to legal experts.

FTX, once valued at $32 billion by blue-chip investors including Sequoia Capital and BlackRock, collapsed into Chapter 11 bankruptcy protection in Delaware in November after being unable to meet a wave of client demands to withdraw their money. The company may have more than 1 million creditors, according to bankruptcy filings.

Bankman-Fried had been living in Nassau, in a $30 million penthouse in the luxury Albany complex, since FTX moved to the Bahamas from Hong Kong late last year after the Caribbean nation established a tailored regulatory regime for digital assets.