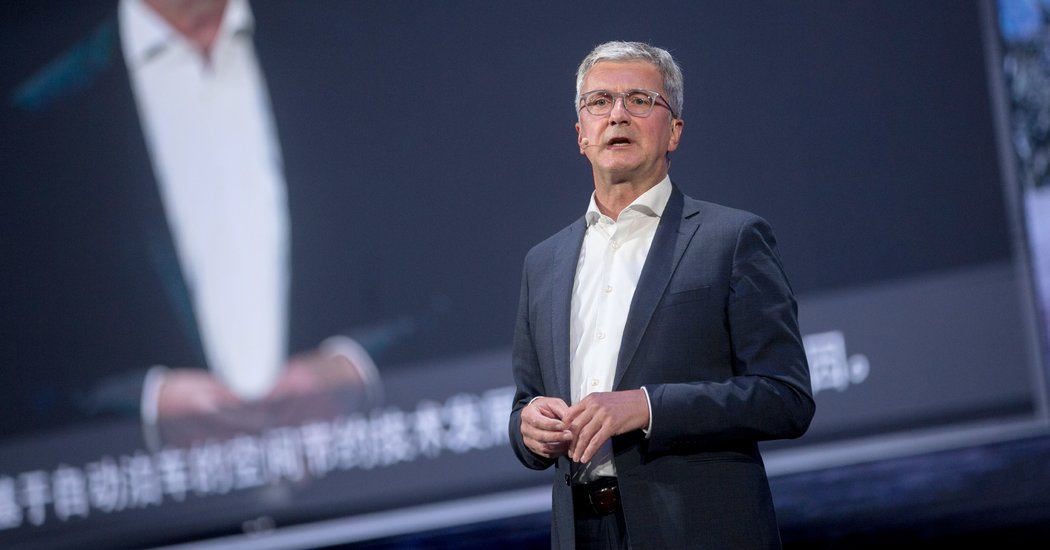 Mr. Stadler, who was arrested in June 2018 and later released, and three others who were not named were accused of developing illegal emissions software used in cars sold under the Volkswagen, Audi and Porsche brands as part of a larger cheating effort diesel emissions tests, Munich prosecutors said in a statement.

The group was also charged with falsifying testimonials and illegal advertising.

Volkswagen was found in 2015 to use software to artificially lower a vehicle's emission level when undergoing tests. In 2017, the German automaker pleaded guilty to a huge emissions fraud and agreed to pay $ 22 billion in penalties and settlements in the United States.

The prosecutors said that Mr. Stadler had known about the manipulation by the end of September 2015 at the latest, but continued to allow the cars to be sold or failed to take action to prevent them from being sold.