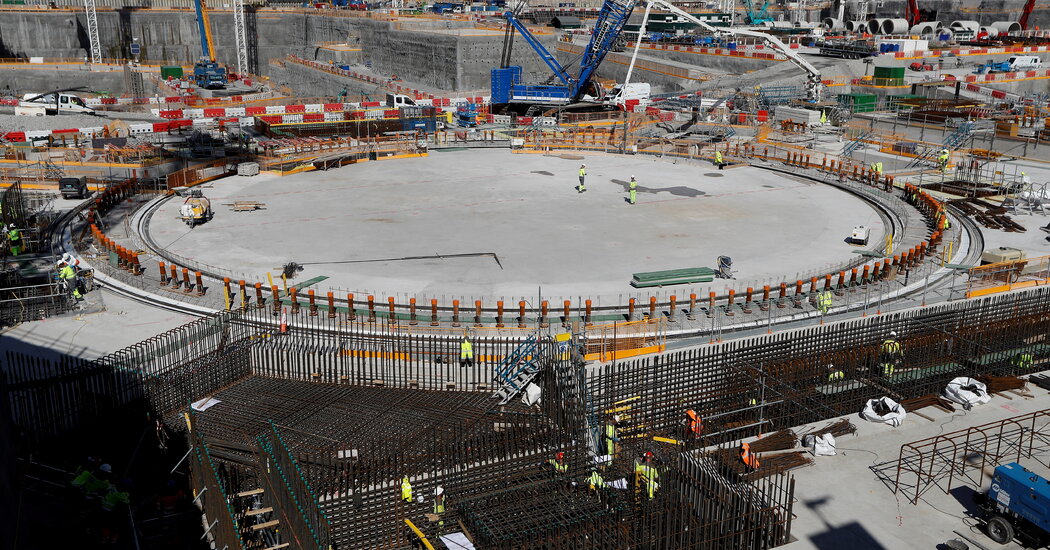 Rolls-Royce, the British jet engine manufacturer, said on Tuesday that they were in the process of forming a company to build a series of smaller, cheaper nuclear reactors while the UK looked for ways to cut carbon emissions and reduce the cost of nuclear energy.

The type of reactor that Rolls-Royce is proposing will cover about two football fields, or about a tenth of the area of ​​a conventional nuclear power station, the company said.

These plants would generate less power – about one-seventh of the production of the giant nuclear installation being built at Hinkley Point in the south-west of England.

But Rolls-Royce said it hoped to reduce construction costs to around £ 2 billion ($ 2.7 billion) each, compared to an estimated £ 22.5 billion for the Hinkley Point plant. Some of the savings would come from building a large number of plants and making modules in factories that can then be installed on plants.

The company hopes to build 16 of the plants, known as small modular reactors, and said each can operate around one million homes.

The UK government will provide a £ 210 million grant to develop the facilities, while Rolls-Royce and partners, including Exelon Generation, a US nuclear power company, and BNF Resources, a private company, will jointly invest £ 195 million over three years.

The government is looking for sources of clean power to replace Britain’s aging nuclear power plant, although the Rolls-Royce models are unlikely to go online in at least a decade.

Along with being a tool for achieving ambitious emissions targets, the government sees the small nuclear program as a way to fulfill its promise to generate jobs in the north of England, where, said Rolls-Royce, much of the investment will be based. The government also hopes to create an export industry that supplies such facilities to other countries.

However, the UK is likely to face competition from France, which recently announced its own small reactor program, and the US, where operators are working on similar concepts. Last week, NuScale Power, based in Portland, Ore., Announced an agreement to build small modular reactors in Romania.

Despite the risk of accidents, nuclear power is attracting new interest in Europe and elsewhere as a tool for countries to achieve increasingly ambitious targets to reduce carbon emissions responsible for climate change. Nuclear power plants are valued for providing large amounts of low-carbon electricity.

Rolls-Royce’s work on nuclear power includes designing the reactors on board Britain’s nuclear submarines, the work that began in the 1950s.