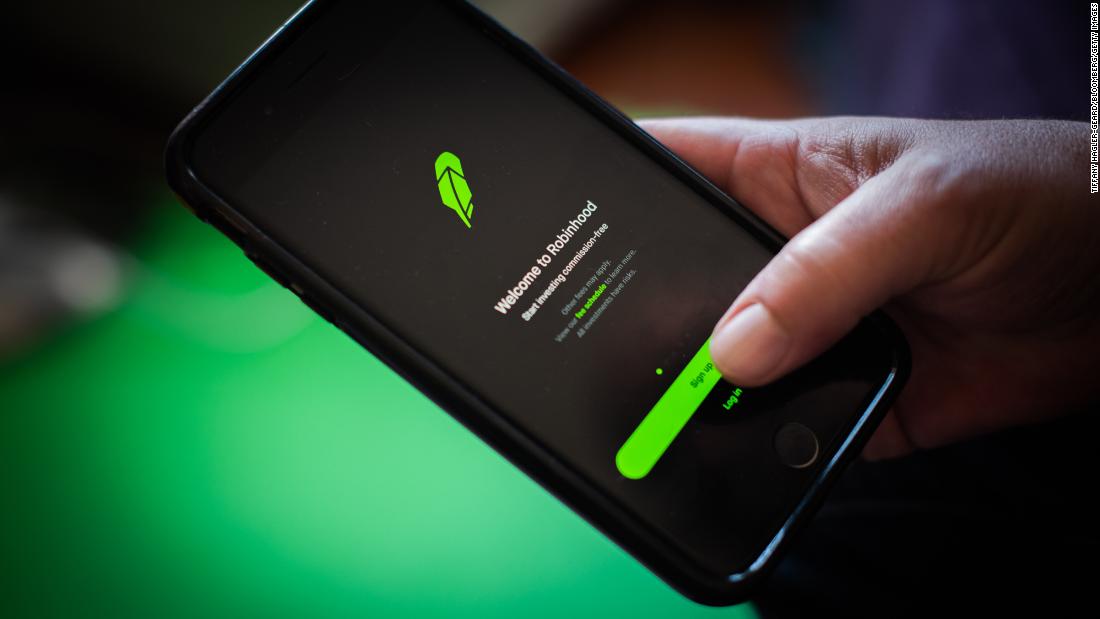 Robinhood reported a net loss of $ 423 million or $ 0.49 per share in the three months ended December. A year earlier, which was before its IPO, the company posted net income of $ 7 million or $ 0.01 per share.

Shares of Robinhood sank as much as 15% to $ 9.98 in extended trading following results. The share price at its IPO in July last year was $ 38, and its record high in August was $ 85.

Robinhood, in its third set of results as a public company, posted total revenue of $ 363 million for the fourth quarter ended Dec. 31, compared to $ 318 million a year earlier.

Analysts on average had expected revenue of $ 362.14 million, according to IBES data from Refinitiv.

Robinhood̵[ads1]7;s costs during the fourth quarter increased 162% from the previous year, contributing to the company’s net loss.

On a call with reporters, Robinhood Chief Financial Officer Jason Warnick attributed much of the costs to share-based compensation and increasing headcount.

“We think we’re in a really good position to start slowing that from here,” he said.

Transaction-based revenue from cryptocurrencies jumped 304% to $ 48 million in the fourth quarter, while revenue from equity trading declined 35% to $ 52 million.

Like many tech start-ups, Robinhood has yet to turn a profit following its IPO. Although revenue was a positive sign, its monthly active users declined 8% from the previous quarter to 17.3 million as retail investors pulled back from the market.

Still, Warnick said that “there is nothing to suggest our customers are disengaging.”

He said it was possible Robinhood will become profitable in 2022, but indicated 2023 was a more likely target depending on overall market conditions and the launch of new products.

Robinhood enjoyed a strong run during the pandemic, with homebound investors using its app to trade stocks and other assets. It was at the center of a trading mania for meme stocks in January last year.

But last year’s retail trading frenzy also precipitated a number of regulatory probes. Robinhood’s legal costs soared from $ 1.4 million in 2019 to more than $ 136 million in July 2021.

Trading activity rose when the Federal Reserve injected massive liquidity into capital markets and investors raced to cash in on the boom. But now the Fed is expected to scale back asset purchases and raise interest rates.

Cryptocurrencies have been hammered recently. Bitcoin, the largest cryptocurrency, plunged 50% to $ 32,951 last week.

For the first quarter of this year, Robinhood expects total net revenue will be less than $ 340 million, which would be down 35% from a year earlier, when the meme stock rally boosted trading.

Several analysts believe Robinhood’s share price could be pressured by worries about a potential crackdown from the US Securities and Exchange Commission (SEC) on payment for order flow (PFOF) – whereby brokers route trades to wholesale market makers in return for a fee.

Robinhood derived approximately 72% of its revenue from PFOF and other transaction rebates in the fourth quarter of 2021.

It has said it does not expect the SEC to ban the practice, but expressed confidence it could find other ways to generate revenue, possibly executing client orders internally.

This week, Robinhood said it had built a net capital position of $ 2.8 billion, more than 21 times what is currently required by the Securities and Exchange Commission, among other steps to avoid trading restrictions.