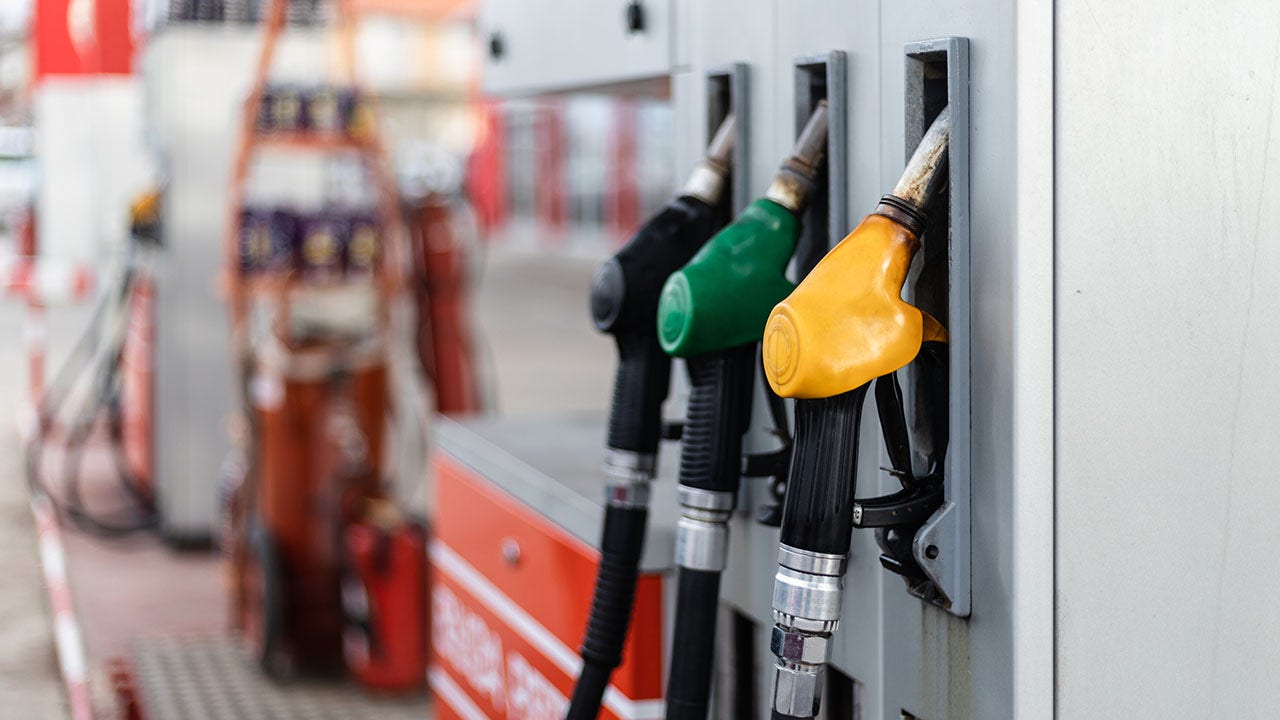 Local news channels across the country put the spotlight on gas prices, which have been ticking up again in recent weeks.

The Oklahoma newspaper Tulsa World highlighted Wednesday how gas prices in Tulsa rose “20 cents a gallon overnight,” jumping to $3.59 after $3.38 the previous day.

WBRC of Birmingham reported Friday, “Three days ago in Alabama our statewide average was $3.19 a gallon. On Friday we’re at $3.32 a gallon and it’s only going to keep going up,” adding, “With supply and demand in perpetual flux, it’s hard to know right now how much of an increase we’ll see.”

INCREASING GAS PRICES AFFECTS VOTERS AT A KEY TIME: ̵[ads1]6;NO ONE HAS SIGNED UP FOR THIS’

“Drivers in El Paso pay the most on average at $3.56 per gallon, while drivers in the Brownsville-Harlingen metropolitan area pay the least at $3.02 per gallon,” the report added.

In the Midwest, the Detroit News ran the headline: “Gas prices continue to rise in Michigan, up 23 cents a gallon over last week.”

“This latest increase puts the average pump price at $4.17 for regular unleaded fuel, which is 33 cents more than what Michigan residents paid in September and nearly $1 more than this time last year,” the Detroit News wrote Monday. “Michigan’s price is nearly 40 cents higher than the national average, at $3.80, according to AAA-The Auto Club Group.”

FOX 32 in Chicago reported, “Pain at the pump continues as gas prices creep up in Illinois,” giving residents of the Land of Lincoln a warning ahead of OPEC’s announcement that it was cutting oil production.

“As a result, you can expect the pain at the pump to get worse before it gets better,” FOX 32 wrote Monday. “While gas prices are still down from where they peaked in June, here in Chicago, the average price of regular unleaded — $4.81 per gallon according to Triple-A — is again starting to inch dangerously close to the dreaded $5/gallon mark.”

Indianapolis’ WISH-TV reported that gas prices in Indiana topped the $4 mark, writing Tuesday that the average price of gas rose to $4.12 a gallon and that it is “16 cents higher than last week.”

Phoenix’s KNXV TV offered an explanation to residents, asking the headline question: “Why is Phoenix gas back over $5?”

“The high temperature may be going down in the Valley, but gas prices are going up,” ABC15’s report began Tuesday.

The article quoted Gasbuddy analyst Patrick De Haan, who pointed to the problems at California oil refineries as a source of Phoenix’s financial pain at the pump, writing: “ABC15 looked at weekly data published by California regulators and found that recent oil inputs at refineries in Southern California is often among the lowest since 2018. Inventories of gasoline at refineries specifically formulated for export to states like Arizona and Nevada are also extremely low… Arizona gets about 60% of its gasoline from Southern California, and most going to the Phoenix area.”

California itself was inundated with stories about the skyrocketing costs. The Los Angeles Times headlined, “Record Gas Prices, Electricity Troubles Show California’s Worsening Energy Vulnerabilities.” CBS Sacramento anchor Adrienne Moore told viewers that the pain at the pump “is getting unbearable,” noting that California was “just a few cents away from another record.” FOX KTVU of Oakland published the article, “California on the verge of breaking all-time high gas prices.”

The Seattle Times reported on the “acute spike” in gas prices affecting the West, particularly in Washington, where the price per gallon was “$1.39 above the national average” on October 3.

“At $5.45 a gallon, gas prices in the Seattle area are up 15% from early September when prices fell to their lowest price since April, according to an analysis of federal Energy Information Administration data,” the Times wrote.

Alaska News Source reporter Lauren Maxwell told viewers Tuesday, “You’re not crazy” for noting that gas prices “have taken a big jump just in the last week or so,” highlighting Alaska’s average price per gallon of $5.41 .

“Good luck trying to find it that low in Anchorage,” Maxwell said.

Out East, Clay Moden, 106.5 WYRK radio host from Buffalo, New York, warned residents Thursday of skyrocketing gas prices on the way, writing, “Love to drive but hate the gas prices? It’s not going to get any better anytime soon time here in New York State. Prices change more than the weather it seems these days.”

Spectrum News 1 in Syracuse listed average prices in cities across New York on Saturday, writing: “In Buffalo it’s $3.69. It’s the same down in Rochester. Moving on to Syracuse, gas is a little cheaper there with gas in average $3.59 And in Albany it’s $3.64.”

Following OPEC’s announcement, FOX 23 Maine reported gas prices jumping overnight, warning residents Thursday: “The pain at the pump is coming back. Gas prices are up overnight and this could just be the start.”

Gas prices are important to voters as inflation and the economy continue to be the biggest issues according to polls heading into the midterm elections.

Joe Silverstein is a production assistant for Fox News Digital.