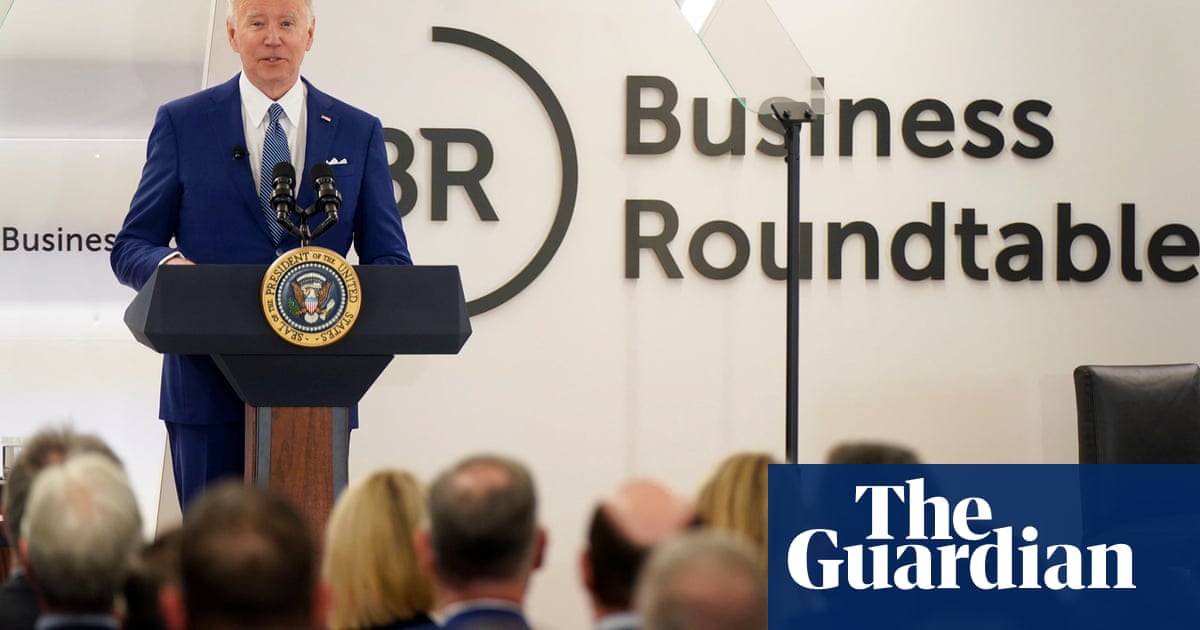 ReRepublican officials and corporate lobby groups are launching a multi-pronged legal attack on the Biden administration’s efforts to help investors hold public companies accountable for their carbon emissions and other climate change impacts.

The US Securities and Exchange Commission (SEC) proposed new climate disclosure rules in March that would require public companies to report climate-related impacts and risks to their businesses.

The regulator has since received more than 14,500 comments. Submissions from 24 Republican attorneys general and some of the nation’s most powerful trade associations suggest those groups are preparing a series of legal challenges after the regulations are finalized, which could happen as soon as next month.

“I expect a legal challenge to be brought immediately once the final rule is released,” Jill E Fisch, a professor of business law at the University of Pennsylvania, told the Guardian. “They’ve probably already drafted complaints and they’re ready to submit.”

Some opponents argue that requiring companies to publish climate-related information violates their right to free speech. Others (often the same ones) say the rule exceeds the SEC’s legal authority.

Both criticisms are prominent in comments from the Republican attorney general and the U.S. Chamber of Commerce, which spent more than $35 million lobbying the federal government in the first half of 2022, according to OpenSecrets. The Republican letter warns that if the new disclosure requirements are passed, “capitalism will fall by the wayside”.

The SEC proposal does not establish environmental policies or require companies to take any climate-related actions other than making more information publicly available.

The free speech and legal authority objections have been met with deep skepticism by legal experts and former SEC officials.

In a letter to the commission, John Coates, a Harvard Law School professor and former SEC general counsel, said that instead of challenging the climate disclosure rule on its merits, “critics have resorted to mischaracterizing the proposal and inventing their own fictitious rule.” .

In another letter, a bipartisan group of former SEC officials, legal scholars, securities law experts and corporate lawyers noted that “the SEC has mandated environmental disclosures at least as far back as the Nixon administration.” Although not all the authors of the letter support the content of the rulemaking, they agreed without exception that “there is no legal basis for doubting the commission’s authority to mandate the publication of public activities related to climate”.

“The SEC announces a disclosure rule that is square in the boardroom,” said Fisch, of the University of Pennsylvania. “It is exactly what Congress told it to do, and which it has done consistently since 1933.”

But the statutory authority and free-speech charges, however weak, are not the only reasons opponents of the climate disclosure rule have cited for litigation.

In a recent analysis, The Guardian revealed how the Business Roundtable, a lobbying group for CEOs of America’s largest companies, opposes a key provision of the SEC proposal that would require some large companies to measure and report emissions generated through their supply chains – known as Scope 3 emissions.

In addition to challenging the content of the rule, the Business Roundtable also rejects the SEC’s estimate of how much it will cost companies to comply. (The organization said in an email that its comments “[are] (focused on identifying challenges to the proposed rule in hopes that the SEC will address them.)

The SEC estimates that companies will face compliance costs of $490,000 to $640,000 in the first year of climate reporting, and less in subsequent years. (By comparison, a 2019 study predicted that climate change could cost businesses around $1tn over the next five years.)

A detailed assessment by Shivaram Rajgopal, Columbia Business School professor of accounting and auditing, concluded that even without taking into account some benefits from the climate disclosure rule, the costs will turn out to be negligible for most companies. “The loss in market value, if any, from compliance costs is likely too small for any outsider to detect and separate from daily volatility in stock returns for unrelated reasons,” Rajgopal wrote.

Last quarter, ExxonMobil earned nearly $18 billion in profit, the largest quarterly revenue in the company’s history. During the same period, General Motors generated more than $35 billion in revenue, while Walmart reported sales of nearly $153 billion. The Economist recently reported that after-tax corporate profits as a share of the US economy have risen to their highest level since the 1940s.

ExxonMobil, GM and Walmart are members of the US Chamber of Commerce and the Business Roundtable. According to a report by the non-profit Center for Political Accountability, during the 2020 election cycle each company donated at least $125,000 to the Republican Bar Association, which supports the political campaigns and legal agendas of GOP lawyers across the country.

In their letter to the SEC, 24 of those attorneys general called the commission’s cost-benefit analysis “unfinished business” and warned that finalizing the climate disclosure rules “will undoubtedly involve legal challenges.”

The Business Roundtable, meanwhile, described the analysis as “fundamentally flawed” and said member companies “believe [the costs of the rule] will be orders of magnitude more than what the SEC estimates”. The chamber issued a similar condemnation, writing in its voluminous submission that the SEC’s “economic analysis … is incomplete and materially underestimates the costs of compliance”.

Asked to comment, neither organization responded specifically to questions about whether they planned to pursue legal action against the SEC if the final rule is not substantially changed.

Industry associations might be expected to instinctively oppose new regulations, but in the past such statements have proven to be more than routine political rhetoric. On several occasions in response to previous rulemaking, the Chamber and the Business Roundtable have sued the SEC on cost-benefit grounds.

In 2011, following a suit brought by the two groups, the D.C. Circuit struck down an SEC rule that would have made it easier for shareholders to evaluate new directors of public companies, deeming the rule “arbitrary and capricious.” The decision in Business Roundtable v SEC said the commission “neglected its statutory obligation to assess the economic consequences of its rule,” citing, among other things, a cost estimate sent to the SEC by the chamber.

In their comments on the climate disclosure proposal, the Republican attorneys general and chamber cite Business Roundtable v SEC to argue that the SEC’s cost-benefit analysis is flawed.

The Republican brief is led by Patrick Morrisey, the West Virginia attorney general who recently led a successful legal challenge to the Environmental Protection Agency (EPA).

In West Virginia v EPA, the Supreme Court approved a relatively new legal opinion – the so-called “major question doctrine” – to stop an EPA effort to regulate greenhouse gas emissions from power plants. As the Bulletin of the Atomic Scientists explained, “Under this doctrine, when a regulation crosses a certain threshold of being ‘major’—a line that remains ill-defined—the Court rejects the regulation unless it has been clearly authorized by Congress.”

The main issue doctrine appears to be the foundation of Morrisey’s campaign against the climate disclosure rule. In a televised appearance in July, Morrisey said the Biden administration “can’t get the congressional majority behind their policies, so they’re trying to resort to [regulations]. But as we saw with West Virginia v EPA, I don’t think the courts are going to let that happen.” (Morrisey’s office did not respond to emails seeking comment.)

“I do not think there is any natural reason to conclude with this court’s decision [in West Virginia v EPA] would have some implications for the SEC, said Jill Fisch of the University of Pennsylvania. “At the same time, you can read the West Virginia case and you can say, ‘This is part of the Supreme Court, and the federal courts in general, that look differently at government agencies. This is cutting down on the fourth branch, on the administrative state power.’ And if that’s true, everything is theoretically up.”

“Historical legal precedent suggests that the SEC has a pretty strong case,” said Tyler Gellasch, president and CEO of the non-profit Healthy Markets Association. “But if you’re the Business Roundtable, you don’t necessarily need historical legal precedent on your side. You just need a court today. And that seems far more likely today than it would at any point in modern history.”