Renewable electricity knocks out coal for the first time in April 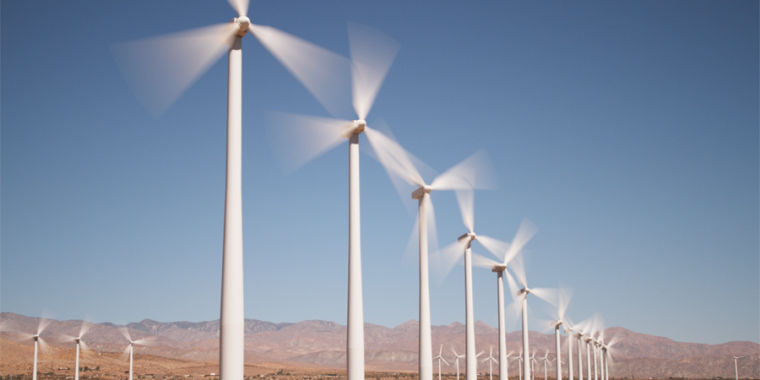 There are seasonal reasons this happened in April. Wind power production tends to be higher in spring and autumn, hydropower production usually sticks as winter snow melts, and longer days mean more solar power can be fed to the grid.

In addition, people use less power in the spring, as it is not cold enough to penetrate much heat and not hot enough to require much air conditioning. Coal-fired power plant owners, who expect this low demand, often spend spring and fall to take their power plants offline for regular scheduled maintenance.

Nevertheless, there is a reason renewable energy that surpassed coal in spring and not in previous springs as graph below shows. Coal power plants are retiring at record frequencies, and renewable energy, while slower to rise than coal is falling, picks up slack.

According to MER, more than 15 gigawatts of wind and solar energy were added to the US National Network in 2018, paving the way for a situation where "record generation from solar and wind energy generation from solar power contributed to the overall the increase in renewable electricity production this spring. "

In April 2019, wind power across the US gave 30.2 million megawatts (MWh) of power more than ever before.

It is said that the EIA assumes that it is unlikely that renewable energy will utilize coal again this year, and it expects coal to continue to provide more electricity than renewable energy sources over the year as a whole this year and 2020. But the coal's share continues to sink. In 2018, coal gave only 27.5 percent of the US power supply throughout the year. Considering that as recently as 2000, coal-fired generations represented a peak of 52 percent of the country's power supply (PDF), which is quite dramatic.

One thing to keep in mind, however, is that the decline of the coal has many environmental benefits, including reductions in particulate and sulfur oxide pollution, as well as better health for those who once lived near coal mining. But fewer coal plants have not been translated into reductions in carbon dioxide emissions in the United States. In fact, the boom in new natural gas plants around the country has more than made up for carbon drag when it comes to carbon dioxide emissions. If we are to take on climate change in a quick way, cheap natural gas must be the next target.