Renault fires its C.E.O., as the Post-Ghosn Shake-Up continues 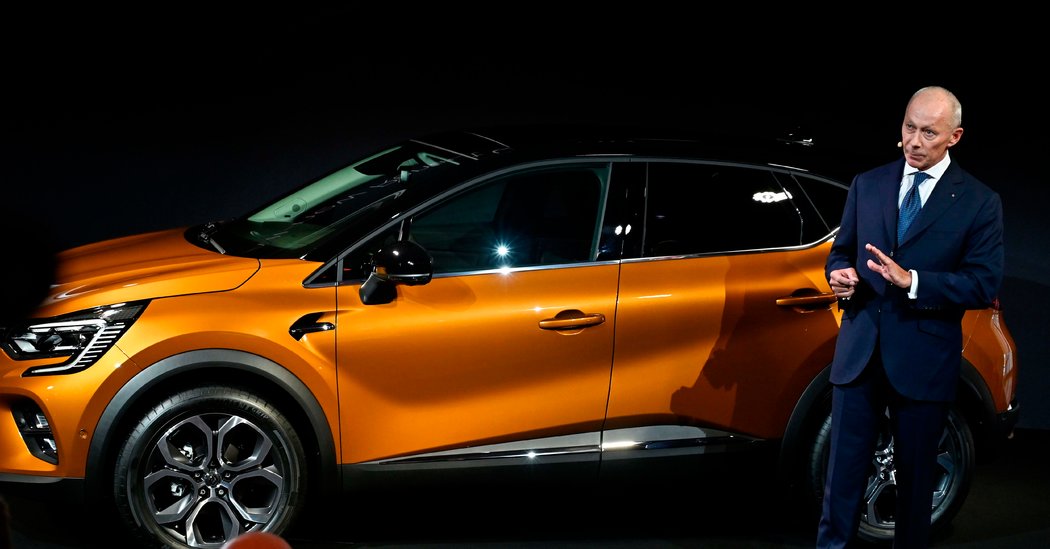 On Friday, Renault's board fired its CEO, Thierry Bolloré, just days after Nissan shook up its leadership, as the two carmakers in a much benevolent alliance struggled to regain their footing almost a year after former chairman Carlos Ghosn.

The Board's announcement stated that it "decided to terminate the mandate" of Mr. Bolloré "with immediate effect," without elaborating.

Renault and Nissan try to turn a page on the Ghosn era by throwing leaders who have complicated efforts to start the world's largest car alliance since his arrest.

On Tuesday, Nissan appointed a new leader following the outbreak of long-time CEO Hiroto Saikawa, a protégé of Mr. Ghosns.

Friday's surprise maneuver paves the way for Renault to look for a new boss to work closely with Nissan with Renault's chairman, Jean-Dominique Senard, who took the helm of the French car manufacturer in January.

Mr. Bolloré, 56, who joined Renault in 2012, said in a Thursday interview with French finance newspaper Les Échos that he was the target of a "very disturbing coup" and that the only thing he had done wrong was to be promoted by Mr Ghosn, who resigned under pressure from Renault in January. The French carmaker has also notified prosecutors in France to investigate possible irregularities in funding Mr. Ghosn's wedding party in Versailles in 2016.

New leadership at the head of both car giants may open a new chapter in the partnership, which has been plagued by festive relations, governance issues, corporate intrigue and an increasingly flagrant financial performance since Mr. Ghosn was ousted in November last year as head of the alliance, which also includes Mitsubishi Motors of Japan.

Nissan declined to comment on the changes at Renault.

Renault and Nissan need each other to thrive in the future, leaders have insisted. Only by combining forces can they afford the large investments they need to make in autonomous driving and other technologies to avoid being better than competitors. And Renault needs Nissan, the dominant performer in the alliance, to continue to contribute to Renault financially as the French carmaker's performance slips in Europe.

The French state, which owns a 15 percent stake in Renault, has been eager to get its relationship with Nissan back on track and supported Mr. Senard's decision to start looking for a replacement. French Finance Minister Bruno Le Maire said this week that he had full confidence in Mr. Senard "to choose with the board the best governance."

Nissan in particular has been torn by internal probes that recently revealed wrongful payments to several top executives, including two of insiders who brought down Ghosn. As part of the investigations, Saikawa resigned on September 9 after admitting earlier that month that he received about $ 440,000 in improper stock-based compensation.

Mr. Bolloré was previously hailed by Renault after being abruptly thrown into the role of CEO in January, while Senard was hired by French tire maker Michelin to quickly fill the power vacuum left by Mr. Ghosn's absence.

executives have been concerned by Renault's deteriorating economy. Revenues from the French carmaker fell 6.4 percent in the first half from a year ago, while operating profit fell by 11.8 percent, prompting Renault to reduce its sales targets for the entire year.

In his interview with Les Échos, Mr. Bolloré said the move was "all the more inexplicable because Renault is one of the very few car manufacturers that has not provided a profit forecast despite the sectoral crisis we are facing."

Renault, which owns 43 percent of Nissan, cannot afford to see the performance slip further at a time when Nissan is also struggling with a sharp fall in profits amid that turnover. Nissan recently announced plans to lay off as many as 12,500 employees worldwide.

This has also frightened French unions, which have sought pledges from Renault and the French government to safeguard jobs. At least 22,000 jobs have been thrown at Renault in France since 2005.