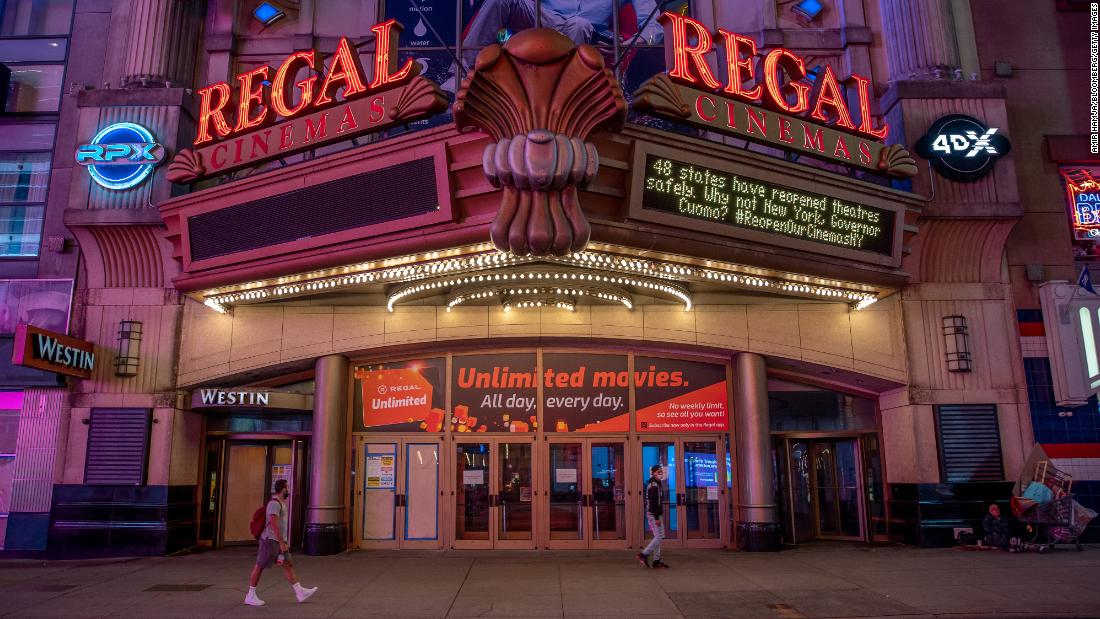 British company Cineworld Group said in a statement that a “voluntary Chapter 11 filing in the United States” was one of the options it was considering in an effort to reduce its debt burden.

Meanwhile, the Cineworld and Regal theaters were open for “business as usual”, it added, and will remain so.

“Cineworld would expect to maintain its business in the ordinary course until and after any filing and ultimately to continue its business in the longer term without any material impact on its employees,” the company said in the statement released in response to reports last week .

Shares in Cineworld fell as much as 80% in London on Friday after the Wall Street Journal reported that the world̵[ads1]7;s second-largest cinema chain had spoken to lawyers at Kirkland & Ellis LLP to advise on bankruptcy proceedings in the US and UK.
The company’s stock fell another 20% on Monday. The news also contributed to a drop of over 30% in the shares of AMC (AMC)the world’s largest cinema chain.

Cineworld said earlier last week that, despite a “gradual pick-up in demand” since last spring, admissions were below expectations.

The company blamed a limited slate of films for the lack of moviegoers, a situation it expects to continue until the end of November.

A Chapter 11 filing would give the company more time to restructure its debt and make a proposal to the bankruptcy court, while continuing to operate. Many large American companies have successfully used Chapter 11 to put their businesses on a firmer financial footing.

Cineworld, which owns more than 500 cinemas across the US as well as Picturehouse Cinemas in the UK, reiterated on Monday that any “deleveraging transaction” would result in “very significant dilution of existing equity interests” for Cineworld shareholders.

“Cineworld’s evaluation of these strategic options remains ongoing. A further announcement will be made if and when appropriate,” it added.

The company struggled to stay afloat during the pandemic, as it was forced to close its cinemas worldwide. It suffered a loss of $2.7 billion in 2020, and a loss of $566 million in 2021.
It’s a similar story for other cinemas. Despite a big recovery, earnings at the US box office so far this year are nearly 30% lower than before the pandemic, according to Comscore, a media data company.