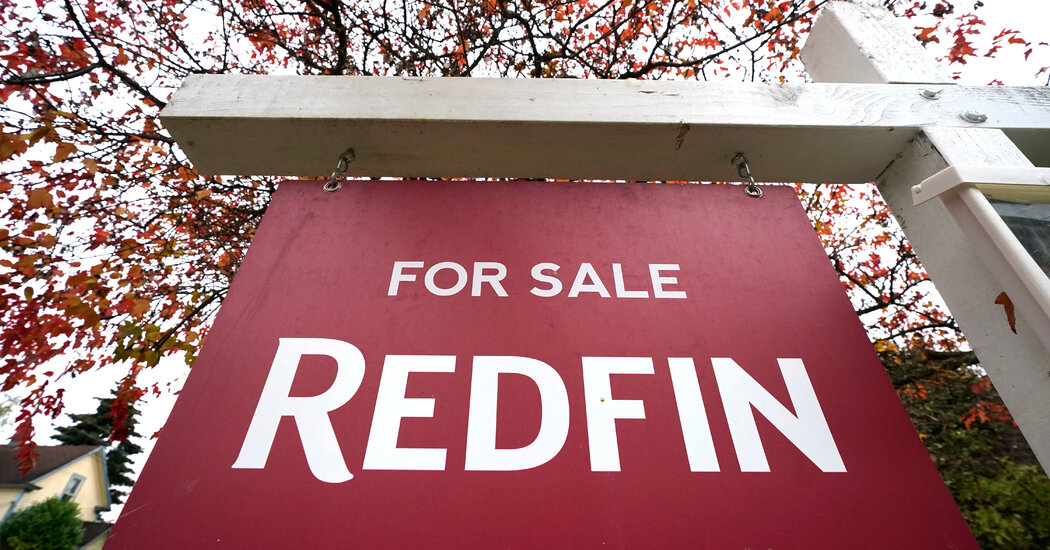 Real estate agents Compass and Redfin are both laying off employees, a sign that the housing market is cooling as higher interest rates make mortgages more expensive and rising inflation is pushing up income.

Glenn Kelman, Redfin’s CEO, announced a cut of about 8 percent of the company’s workforce in an email to employees on Tuesday, citing declining demand, which was 17 percent lower than expected last month. “Today’s layoffs are a result of shortcomings in Redfin’s revenue, not in people being let go,” Mr Kelman said. Redfin employed around 6,500 people at the end of 2021.

Compass eliminates 10 percent of its employees “because of the clear signals to slow economic growth,” a spokesman said in a statement. Compass employed around 4,800 people at the end of 2021.

Falling home sales and rising mortgage rates have put a damper on the housing market, and put stress on the real estate industry. The interest rate for a 30-year fixed-rate loan has risen to 5.65 percent, the highest level since 2008, the Mortgage Bankers Association said on Wednesday. “With mortgage rates well above 5 percent, refinancing activity continues to run more than 70 percent lower than last year,” said Joel Kan, the group’s deputy vice president of economic and industrial forecasting.

Redfin offers employees up to four months’ severance pay, according to Mr. Kelman’s email. He said he expected a gradual, slower growth in what he described as a “housing decline.” Redfin’s shares have fallen by almost 80 per cent in the last six months.

“We may face years, not months, with fewer home sales,” Mr. Kelman wrote to employees. “If falling from $ 97 a share to $ 8 does not put a company through hell, I do not know what does.”