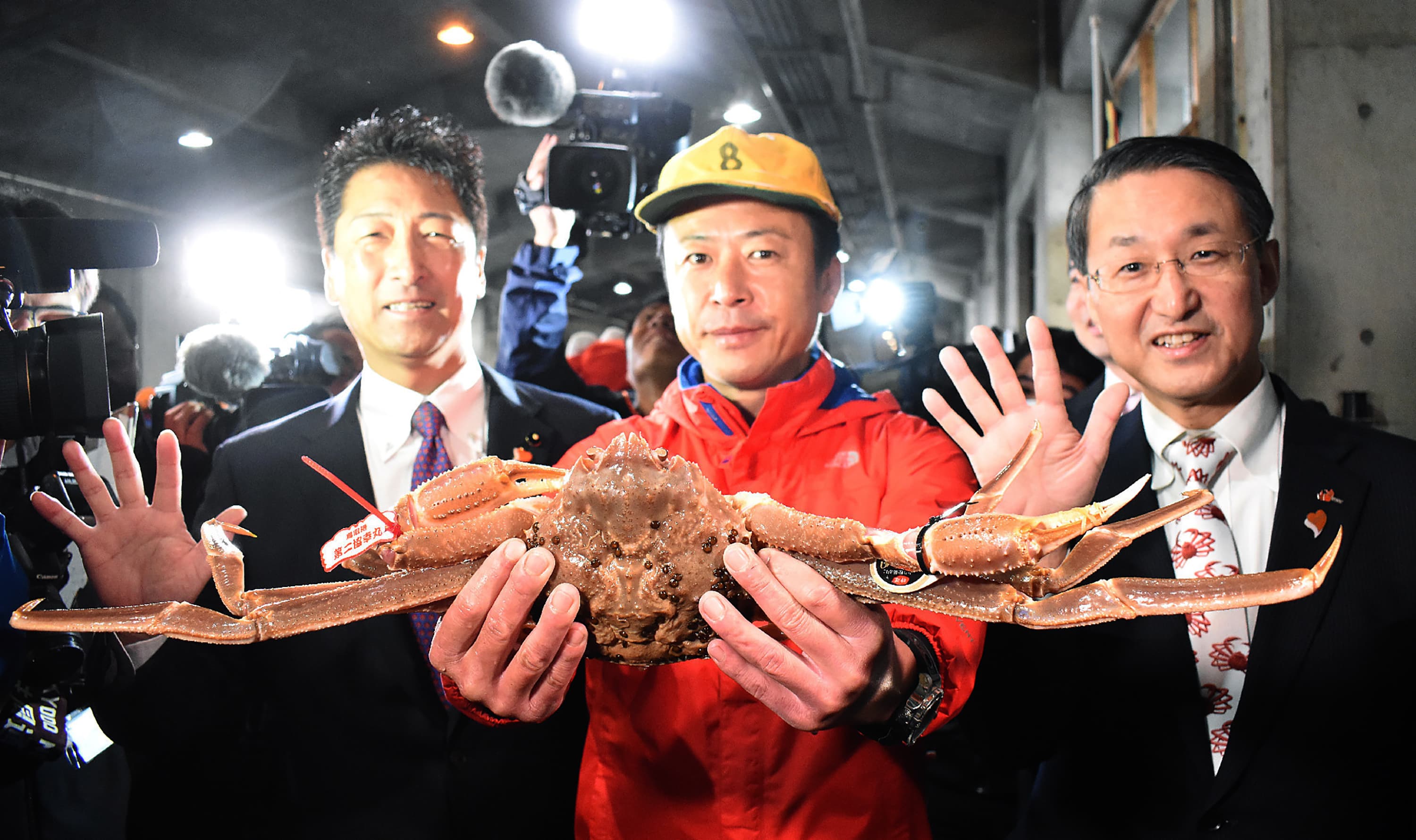 A single snow crab sold for $ 46,000 dollars (or 5 million yen) at an auction in Tottori, Japan, CNN reports. Nicknamed "five shining star" for its impressive shape and thick legs, the 2.7 kilogram crab was purchased by Tetsuji Hamashita, president of a Japanese fisheries wholesaler.

"I know it's extreme. But that's the custom," Hamashita told CNN about his purchase. Last year, a snow crab sold for $ 18,000, which set the world record. Hamashita said he expected the price to be around 3 million yen or $ 27,000.

The reason the crab was so expensive has to do with the time of the sale. In Japan, it is considered a status symbol to buy the first and best crab caught on the first day of the crab fishing season, which was November 6, CNN reports. The snow crab season only lasts for four months in Japan, from November to early March, making it even more of a seasonal delicacy.

The water in Tottori is considered ideal for crab fishing because it is deep and clean, according to Michelin Guide. Interestingly, climate change in recent years has made it easier to fish for snow crabs in other parts of the world, such as the Barents Sea, because the icy seasons are less severe.

But that doesn't mean prices for snow crabs are going to go down. Snow crab prices reached record levels in 201

7 due to a lack of supply and global demand, according to the UN Food and Agriculture Organization.

Hamashita told CNN that he is "sure the taste of the crab matches the price." This prized crab will go to a restaurant in Tokyo's Ginza area, where restaurants can sample themselves.

"I think it's a good crab filled with meat," Hamashita told the Japan Times.

Curious about how this crustacean stacks up to other rare or specialized foods? Here are four surprisingly expensive foods that sold at recent auctions:

After Kiyoshi Kimura, the owner of a sushi restaurant chain, paid $ 3.1 million for a bluefin tuna in January, he told reporters that "I think I did too much. " The fish weighed 613 pounds and sold for five times the expected price.

The most expensive bottle of wine ever sold at auction is a 73-year-old bottle of French Burgundy, which went for a whopping $ 558,000, reported CNBC in October 2018. Only 600 bottles of this type of wine was produced in 1945, which is why it is so sought after.

Considered the "holy grail" of Scotch whiskey by Sotheby's, a 60-year-old bottle of Macallan whiskey sold for nearly $ 1.9 million in October. The whiskey was distilled in 1926, but bottled in 1986, according to USA Today.

A two-hour bidding war for a wheel with Cabrales Blue Mosquito ended with a restaurateur paying $ 16,000 in August 2018, according to Guinness World Record. Cabrales cheese ripens on the inside of the caves found in northern Spain's limestone mountains, which are usually not accessible by car. The wheels must be turned and rubbed for up to six months to develop the spicy, salty taste of the cheese.