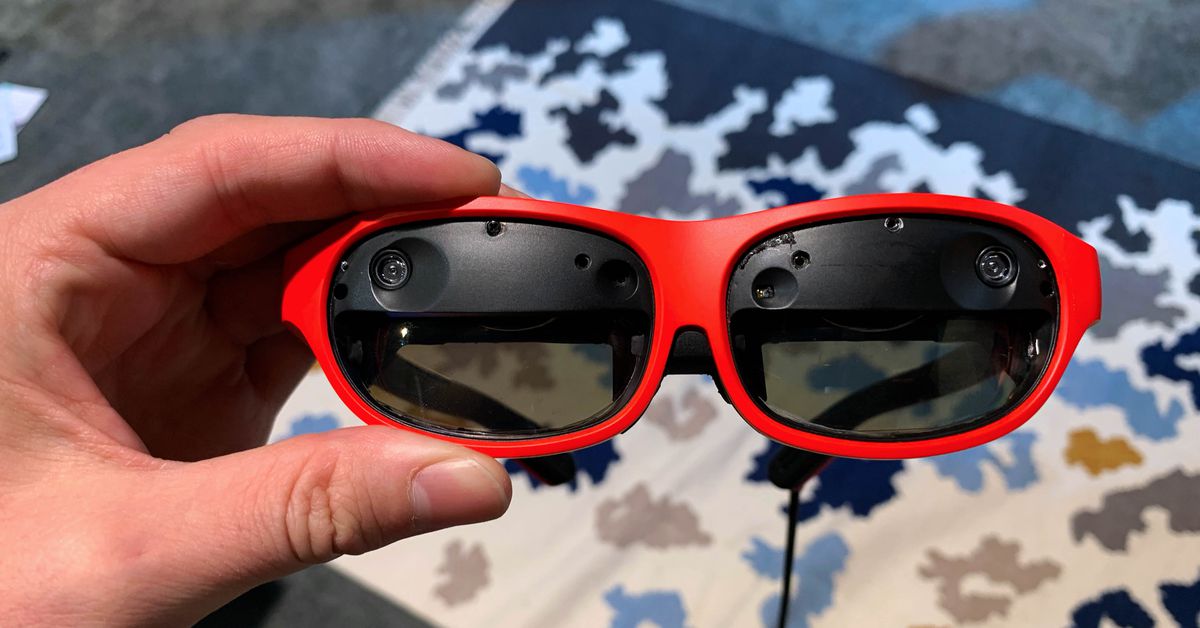 Chip maker Qualcomm is promoting a platform for smartphone-powered virtual and augmented reality headsets that rely on 5G networks, alongside partners like Acer, LG, and Sprint. The company announced its plans today at Mobile World Congress, saying it would help push phone-powered VR and AR (collectively, "XR") headsets onto the market in 2019.

Qualcomm will create an "XR-optimized" certification program for phones using its Snapdragon 855 processors, indicating that they will work with any headset in that ecosystem. So far, there are two officially supported viewers: the Acer OJO, a virtual reality headset announced last August, and the Nreal Light mixed reality glasses, which were unveiled at CES in January. More are supposed to appear this year, including something from VR company Pico, and Qualcomm is using an existing accelerator program to promote development of XR headsets.

Unlike with Qualcomm's earlier, VR-specific ecosystem, the company has not revealed a single reference design for partners to work with. The Acer OJO and Real Light are extremely different-looking products, and the OJO was actually first announced as a Windows Mixed Reality device. The unifying theme is that all these VR and AR viewers will have their own displays, but they will be able to run apps through a phone over a USB-C cable, combining the benefits of both tethered and mobile headsets.

This is not a new concept – LG debuted a USB-C tethered VR headset in 2016. Here, though, Qualcomm is promising that 5G networks will let wearers stream higher quality media that makes the devices more attractive than before. "Mobile XR has the potential to become big as the smartphone as an opportunity for Qualcomm," product management head Hugo Swart told reporters, saying the company was emphasizing "how to use 5G smartphones as a tool to augment immersive experiences" reach.

It's still a little early for 5G hype

A handful of network service providers have endorsed Qualcomm's efforts; the list of partners includes American carrier Sprint, Australian telecom Telstra, Korean carriers SK Telecom and LG U +, and Swiss company Swisscom. Qualcomm suggests that these companies – as well as phone makers – can benefit from having hardware that will concretely demonstrate the benefits of 5G networks.

These networks are still in the very early stages of rollout, however, and it's not clear that people should be buying 5G phones for a while yet; Right now, "5G" service is more likely to be a nonsense label than a real upgrade. Qualcomm didn't make an incredibly strong argument for buying Acer and Nreal's headsets right at launch, either.

VR at least has a reasonably large catalog of games and video apps. But AR is mostly untested as a mass-market device – consumer-facing AR companies like North are struggling, and sophisticated devices like the HoloLens are purely business-focused. Phone-powered glasses can be lighter than their fully self-contained counterparts, but they still need display hardware and often cameras, which makes them a bit clunky.

Black says that first-generation AR glasses will be worth buying to have A hands-free screen in places like the subway, "basically in a scenario where there is no space for pulling your smartphone." And Nreal's glasses garnered for their relatively unobtrusive design and high-quality display at CES. But that's still a fairly niche use case for a $ 1,000 device. (Qualcomm didn't have details about the overall price range for its XR devices.)

Even so, it's good to see Qualcomm and its partners push for a variety of devices that are broadly compatible with new Android phones. VR and AR are both expected to benefit from 5G's increased bandwidth – whenever all these technologies turn out to be ready for the public.