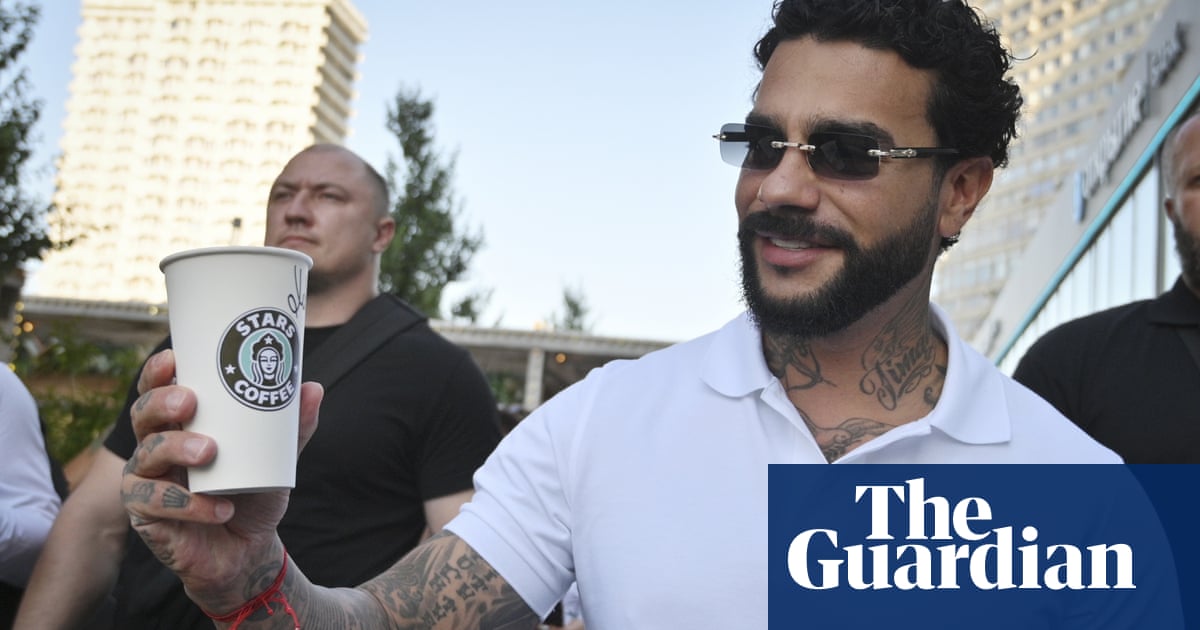 A pro-Putin rapper has reopened the chain of coffee shops formerly owned by Starbucks under a new name, Stars Coffee, the latest high-profile rebranding of a major Western chain following an unprecedented corporate exodus from Russia.

On Thursday, rapper Timati and restaurateur Anton Pinskiy, the duo who acquired the rights to the chain in Russia, attended the opening of the first of the 1[ads1]30 cafes formerly owned by Starbucks. During the opening in central Moscow, the pair also revealed the chain’s new logo, which replaces Starbucks’ iconic siren with a woman wearing the traditional Russian kokoshnik headgear, but is otherwise quite similar.

Seattle-based Starbucks announced in May that it was exiting the Russian market after nearly 15 years as it joined hundreds of other major Western brands that have left the country following Moscow’s invasion of Ukraine.

Dozens of Western companies have since agreed to sell their assets to pro-Kremlin Russian businessmen, at steep discounts. Russian authorities have actively encouraged the takeovers, meant to comfort ordinary Russians that they can continue to live Western lifestyles amid the country’s growing isolation.

Timati, whose real name is Timur Yunusov, has been a vocal supporter of Russian President Vladimir Putin as well as a self-described friend of Chechen strongman Ramzan Kadyrov.

In 2015, the rapper released a song titled My Best Friend is Vladimir Putin describing the president as a “superhero”. Timati was also behind a pro-government song called Moscow, in which he boasted that the Russian capital “doesn’t hold gay parades”. It became the most “disliked” song in the history of Russian YouTube.

The reopening of Starbucks marks the second high-profile rebranding of a Western food chain after former McDonald’s restaurants restarted operations under a new name, Vkusno & tochka (“Tasty and that’s it”).

Vkusno & tochka has since been hampered by Western sanctions, and has been fighting to preserve its old menu, forcing the firm to temporarily stop serving its signature fries and potato boats.

It was not immediately clear what will be on the menu for the new coffee chain.

Shortly after the acquisition of Starbucks in Russia, Timati vowed not to “disappoint millions of coffee lovers” in the country: “We have a chance not only to change the sign, but to make a real living case of a cool import substitute!”