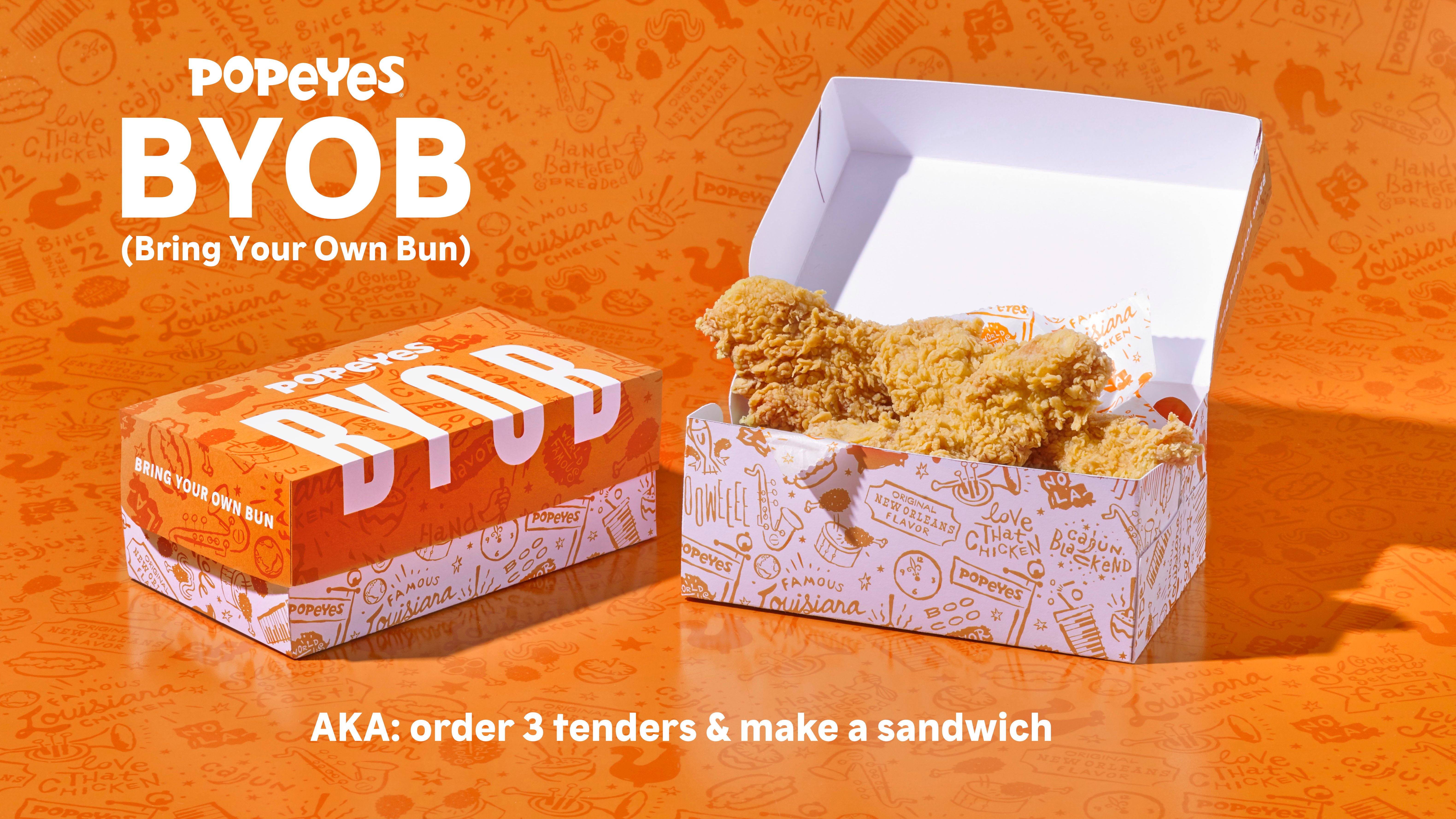 In a surprise that few could have foreseen, customers do not seem to like being thrilled by fast-food chains for no reason – especially not after praising a brand new menu item.

Popeyes apparently learns this lesson the hard way, after starting an unusual campaign asking his customers to "BYOB" – Bring Your Own Bun – and make their own sandwich. Keep in mind that the fast-food restaurant's virally popular chicken sandwich sold out a month early.

In the 30-second commercial, more customers (or rather, people acting as customers) are seen to react very negatively to the BYOB gimmick. One of the customers even asks, "What's that —?" Popeyes also shares sarcastic slides that seem to bother customers, who only ask for the sandwich, and not another chore.

“And I have to bring my own bowl? "Ask a customer in the commercial before the brand cuts to a strangely rude slide that reads" That's what BYOB means … "

It turns out they had similar reactions on Twitter to customers on camera, leaving hundreds of comments criticizing Popeyes for the commercial, which had more than 1 million views as of Thursday afternoon.

Not everyone was upset; some just wanted to get their hands on chicken sandwich. However, the brand has not revealed when to return the sandwich to the menu.