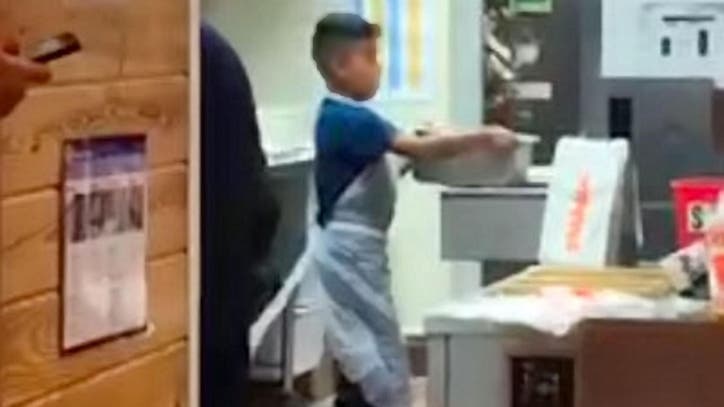 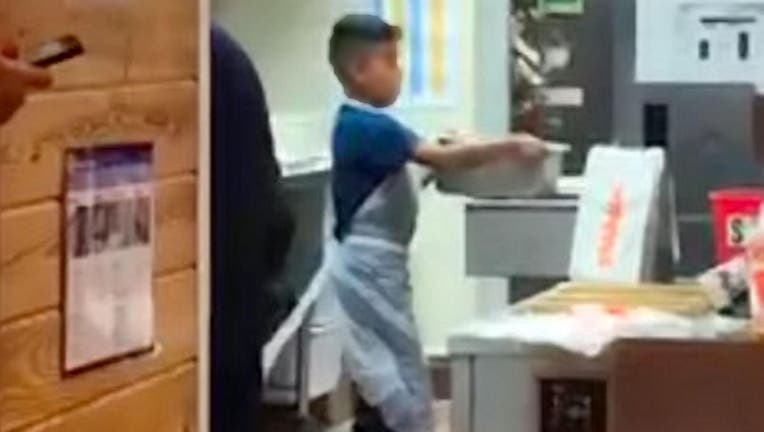 The customer who took the photo said that the kitchen was "very short staffed" and the restaurant had a line out the door with waiting times that lasted over an hour. (SWNS)

A customer at a Popeye's Texas restaurant was shocked when he witnessed a young boy working in the kitchen.

According to the customer, the boy appeared to be about "9 years old" and was seen "handling raw chicken" before giving it to a male employee who continued to cook it. "

The bizarre situation reportedly happened Nov. 3 at a location in a Dallas suburb known as The Colony.

The source, who requested anonymity, told the South West News Service (SWNS) that the kitchen was "very short staffed" and the restaurant had a line out the front door with waiting times that wavered over an hour for the coveted Chicken Sandwich, who had returned the day of the incident.

"While I was there, there was only one person working in the front desk and four kitchen staff," the source said.

"It was so insane. I was a waitress for several years and I've never seen anything like that," he added.

The customer claims that another employee at one point placed a bunch of orders in bags on the counter without calling the order number because she had to run back to the kitchen to help prepare more sandwiches.

Get more updates on this story from FOXNEWS.com .