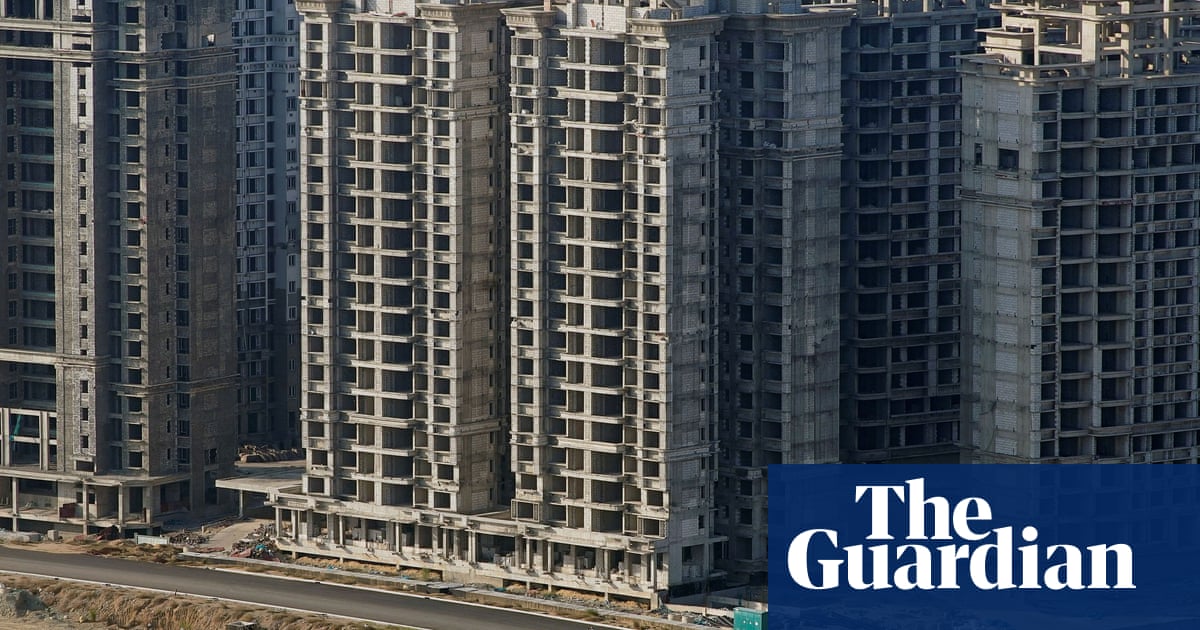 CHina has reached a point of no return in the fight to contain what could be the biggest property crash the world has ever seen, experts warn, putting the country’s communist leadership and the global economy at risk.

As Western countries teeter on the brink of a potentially devastating recession in the coming year, China is also facing a downturn thanks to the “total collapse”[ads1]; of confidence among ordinary people in its once buoyant housing market, the continued ravages of Beijing’s draconian zero-Covid -strategy and an extreme heat wave that affects access to electricity and food.

Alarms are spreading in China that tough times are on the horizon, with Huawei CEO Ren Zhengfei causing a sensation this week when he warned that the chill of economic slowdown would be “felt by everyone” in the next decade.

But just as it has become impossible for President Xi Jinping to reverse the mass shutdowns that have hampered economic activity, it also looks increasingly unlikely that he and his Politburo will reverse the crackdown on reckless lending in the property market that has led to a 40% drop in sales of homes this year.

The Chinese housing market has driven growth over the past two decades and now represents the largest asset class in the world, with a nominal value of between $55tn (£47tn) and $60tn, which is larger than the total capitalization of the US equity market. Now developers are going broke after being stripped of easy credit, prices are falling, homeowners are refusing to pay mortgages on unfinished homes and the decline in property sales and construction is crippling local governments that rely on land sales for income.

Gabriel Wildau, a China expert at global advisory firm Teneo, says Beijing faces a crunch moment over whether to reverse the crackdown on lending or double down on its efforts to “tame the beast” of unproductive construction activity that has resulted in the rise of ghost towns and airports, as well as roads to nowhere.

– The government faces a difficult choice. But it’s like zero Covid. They have come so far that they cannot turn back, because then it looks like a misjudgment or policy failure, said Wildau.

“This is where the rubber hits the road. They want more high-tech growth and they don’t want as much real estate, but what replaces that? There has been a total breakdown of confidence in the housing market. No industry can survive that.”

Trying to revive the economy was the focus of a huge package of measures unveiled by Beijing last week, including 300 billion yuan (£37 billion) in spending on new infrastructure and a 500 billion yuan expansion of local government borrowing. Economists said the stimulus was expected and may not have much impact in an economy already flush with investment finance. What is needed, they say, is for Chinese households to have more cash in their hands to rebalance the economy away from the tired old investment model. However, such policies are politically difficult because they threaten the established order of powerful party cadres, centralized state-owned enterprises and the panjandrum of local authorities.

Wildau says Beijing has the money and the technocratic know-how to save the property sector, but it will be “very expensive”. So far, despite the chaos that has ensued, Xi appears to be sticking to his plan to root out excesses and ensure “livable houses” rather than speculation.

So far, China’s export industry has held up well, and despite trade wars and shutdowns, the country has actually increased its share of world output since the pandemic began. Even that is at risk, however, as global demand looks set to fall off a cliff over the coming 12 months in a feedback loop that spells more danger for China.

As Ren’s comments on the outlook for Huawei highlighted, it’s not just China that faces uncertainty. Russia’s strangulation of gas supplies and Western sanctions imposed over its invasion of Ukraine are fueling runaway inflation and stalling growth, threatening a bleak winter for developed economies from the US to Europe, and from Japan to South Korea. The worst cost-of-living crisis in nearly 50 years has slowly engulfed Western nations, and it looks set to reduce demand for Chinese-made goods as households focus on essentials such as food and fuel. On Friday, US Federal Reserve Chairman Jerome Powell rocked stock markets by saying there would be pain for households and businesses as he indicated the central bank would continue raising interest rates until inflation is overcome.

Falling external demand is the “next shoe to drop” for China, according to David Llewellyn-Smith, chief strategist at investment and asset management firm Nucelus Wealth in Melbourne, and will leave China in a perilous state.

“A Chinese recession is certainly in the cards next year. It’s going to have incredible implications for global markets of all kinds.”

How the world experiences the cold spell that Ren has warned about is not clear, but it adds an unknown factor to an already dangerous mix of problems, said Roland Rajah, chief economist at the Lowy Institute, an Australian think tank. These include: increasing geopolitical volatility; fragile supply chains; political dysfunction in the United States; digital disruption; and the accelerating effects of climate change. The challenges even prompted the French president, Emmanuel Macron, to join the gloomy forecasts by saying that we are seeing “the end of abundance”.

Back in the global financial crisis of 2008-09, China rode to the rescue of the world economy with a stimulus of 4,000 yuan. But with Beijing about to disengage from the Western-led world order and debt-driven growth out of favor, another Chinese rescue mission seems highly unlikely. Instead, China faces Japanese-style “lost decades” as it tries to absorb billions of dollars in bad real estate loans.

“In the short term, China’s economy is getting hammered,” says Rajah. “It remains to be seen what the medium to long-term consequences may be. But China also faces very significant long-term headwinds from demographic decline and ageing, creeping statism and increasingly difficult external relations.”

And as China reaches its point of no return in the housing crisis, the world economy itself is also at a crossroads. “The world economy appears to be at an inflection point,” says Rajah, “although it is also still changing as things can still go in a number of directions. People need to prepare for a much more uncertain world, but we also need to expect much more by our politicians and decision-makers, because the need for wise policy is only getting higher and higher.”