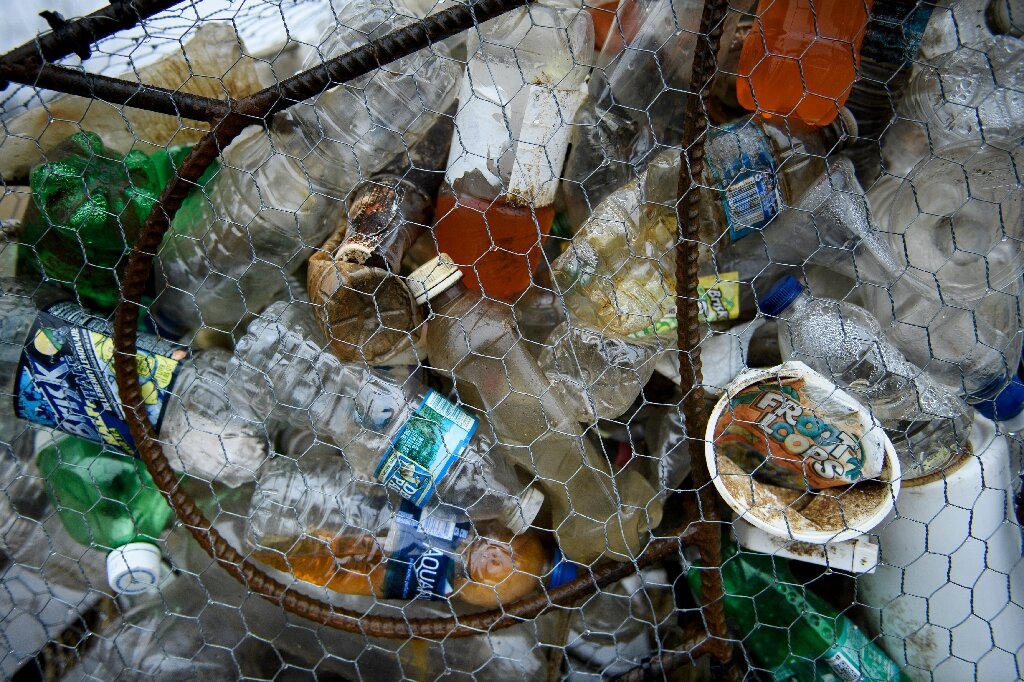 Plastic recycling rates are falling even as production increases, according to a US Greenpeace report published on Monday that claimed the industry’s idea of ​​creating an efficient, circular economy as “fiction”.

Titled “Circular Claims Fall Flat Again,” the study found that of the 51 million tons of plastic waste generated by American households in 2021, only 2.4 million tons were recycled, or about five percent.

After peaking in 2014 at 10 percent, the trend has been declining, especially since China stopped accepting Western plastic waste in 2018.

Virgin production – of non-recycled plastic, that is – meanwhile, is increasing rapidly as the petrochemical industry expands, driving down costs.

“Industry groups and big companies have been pushing for recycling as a solution,” Greenpeace US activist Lisa Ramsden told AFP.

“By doing that, they’ve abdicated all responsibility” for making sure recycling actually works, she added. She named Coca-Cola, PepsiCo, Unilever and Nestle as the main offenders.

According to Greenpeace USA’s survey, only two types of plastic are widely accepted at the country’s 375 material recycling facilities.

The first is polyethylene terephthalate (PET), which is commonly used in water and soda bottles; and the other is high-density polyethylene (HDPE), seen in milk jugs, shampoo bottles and detergent containers.

These are numbered “1” and “2” according to a standardized system where there are seven plastic types.

But being recyclable in theory does not mean that the products are recycled in practice.

The report found that PET and HDPE products had actual reprocessing rates of 20.9 percent and 10.3 percent, respectively—both down slightly from Greenpeace USA’s last survey in 2020.

Despite often bearing the recycling symbol on their labels, products using plastic types “3” through “7” fail to meet the Federal Trade Commission’s classification of recyclable.

This is because recycling facilities for these types are not available to a “substantial majority” of the population, defined as 60 percent, and because the collected products are not used in the production or assembly of new goods.

According to the report, there were five main reasons why plastic recycling is a “failed concept”.

First, plastic waste is generated in huge quantities and is extremely difficult to collect – as is becoming clear during what the report called ineffective “volunteer cleanup stunts” funded by non-profits such as “Keep America Beautiful.”

Second, even if everything were collected, mixed plastic waste cannot be recycled together, and it would be “functionally impossible to sort the trillions of consumer plastic waste produced each year,” the report said.

Third, the recycling process itself is environmentally harmful, exposing workers to toxic chemicals and generating microplastics themselves.

Fourthly, recycled plastic entails toxicity risks through contamination with other types of plastic in collection containers, and prevents it from becoming food-approved material again.

Fifth and finally, the process of recycling is prohibitively expensive.

“New plastic competes directly with recycled plastic, and is far cheaper to produce and of higher quality,” the report says.

Ramsden urged companies to support a Global Plastics Treaty, which UN members agreed to create in February, and move towards replenishment and reuse strategies.

“This isn’t really a new concept—it’s the way the milkman used to be, it’s how Coca-Cola used to give their drinks to people. They would drink their drink, give the glass bottle back, and it would be cleaned and reused,” she said.

Chile is moving to phase out disposable cutlery and requiring refillable bottles.

Only around 5% of plastic waste is recycled in the US, says new report

This document is subject to copyright. Except for any fair dealing for the purpose of private study or research, no part may be reproduced without written permission. The content is provided for informational purposes only.