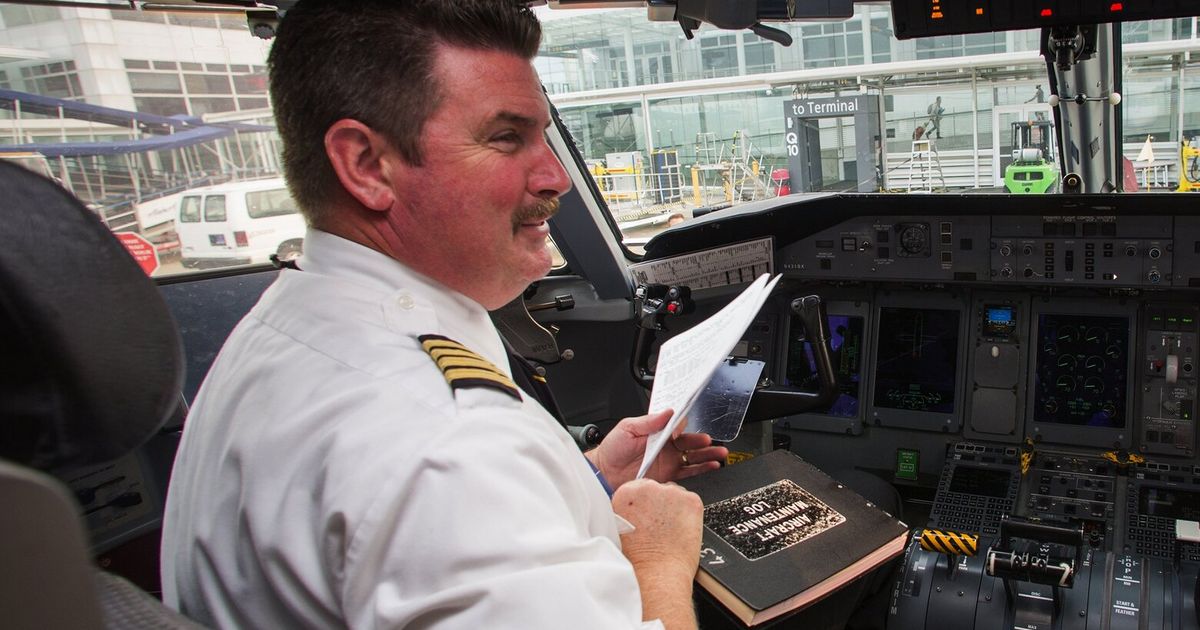 The more than 700 pilots at Horizon Air, the lower-paying regional sister of Alaska Airlines, have won a blowout contract that brings impressive pay increases.

First-year captains at Horizon will jump from earning $81 to $149 an hour, the highest rate at a regional company. Newly hired first officers who now make $48 an hour jump to $90 an hour.

Henry Simkins, a Horizon Air pilot who chairs the executive council of the pilots union, Teamsters Local 1[ads1]224, said that when news of the deal broke, “we had pilots, men and women, shedding tears.”

Joe Sprague, president of Horizon Air, said the new contract aims to retain talent as major airlines continue to hire pilots from regional carriers like Horizon at record levels. The loss of pilots has forced Horizon to reduce its flight schedule.

“The ongoing shortage of industry pilots has put a strain on this service, and it is more critical than ever that we attract and retain our talented pilots,” Sprague said. “We are focused on making Horizon the regional airline of choice for pilots, and this agreement positions us well.”

The new pay agreement will complement other Horizon efforts to expand and diversify the pilot pipeline through investments in pilot training and development.

For planned growth, Alaska Airlines and Horizon together estimate they need to hire 500 pilots each year until 2025.

Joe Muckle, the union’s local president, said the deal represents “a new era for the industry.”

“A newly hired Horizon pilot can finally make a living, afford to raise a family and save for retirement,” Muckle said. “Highly experienced pilots may choose to stay in the regions for a fulfilling career.”

The astounding scope of the Horizon Air labor agreement is a glimpse of what’s in store for pilots at Alaska Airlines and across all U.S. airlines.

Pilots at the American Airlines-owned regionals — PSA, Envoy and Piedmont — in June received temporary pay increases of 50% over the next two years.

That month, the Horizon pilots voted down a tentative agreement and extended negotiations. The agreement, which has now been finalized, provides greater increases than those in the American regions, and the interest rate increases are permanent.

And with the lower-paid regional pilots winning such increases, major U.S. airlines will have to offer similarly large pay increases for mainline pilots to maintain some margin.

Typically, pilots begin their careers with a regional airline, accepting lower pay to build up flight hours so they can graduate to a major for much higher pay.

American, Delta, United, Southwest, Alaska and JetBlue are currently in the midst of intense contract negotiations with their own pilots. Alaska Airlines has lost pilots who defected to Delta and other majors.

An Alaska Airlines first officer, who asked not to be named because the company does not accept employees speaking to the media, said there are wild numbers floating around, but everyone in the Alaska Airlines pilot community now expects at least a 50% increase in the new contract.

Improvements across the board

The Teamsters said 91% of Local 1224 members voted for the contract, with 99% approving the deal.

The contract provides large wage increases from the bottom to the top of the scale. A senior captain’s pay jumps from $129 an hour now to $215 an hour, or more than $200,000 a year.

The new wage rates apply immediately. The contract includes additional 1.5% increases next year and the year after.

And because pilot groups now negotiate across the airline industry with rapid changes in the works, the Horizon contract includes a “me too” clause: If pilots at the largest regional airline, SkyWest, negotiate a higher raise at any time in the next two years , Horizon pilots will receive an automatic raise equal to the SkyWest rate plus $1 per hour.

In addition to the wage increases, the new contract offers enhanced 401(k) retirement benefits. For senior pilots, Horizon will contribute as much as an additional 12% of the pilot’s earnings toward retirement.

And the contract also adds more pay for instructor pilots, better vacation pay and improved rules for pilots who must commute by air to their scheduled flight.

Greg Unterseher, deputy director of the airline division of Teamsters International, said the contract restores ground pilots who were lost in the concession contracts agreed in the downturn in the industry after the 9/11 terrorist attacks and in the wake of the 2008 global financial crisis.

These contracts had left regional pilots across the industry poorly paid, even though they usually go into serious debt to pay for flight school and qualify to fly.

“This is obviously a monumental leap,” Unterseher said. “This will enable people to work here for their careers.”

“It’s a huge leap forward in the quality of life for people,” Unterseher said.