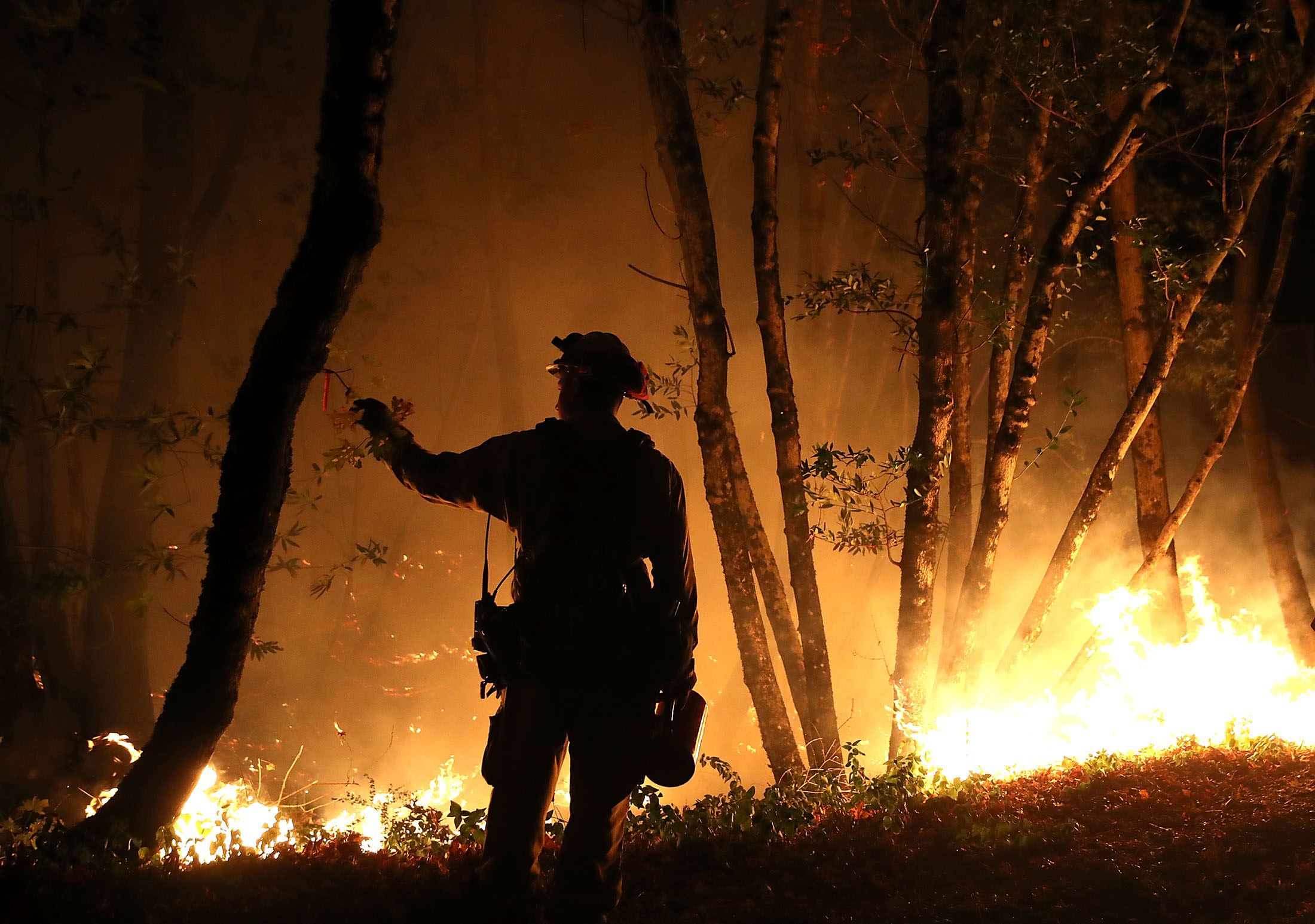 (Bloomberg) – PG&E Corp. shares plunged after a judge ruled that a jury could decide whether to pay as much as $ 18 billion in compensation for victims of running fire.

The California giant fell as much as 29% to $ 10.11 in New York on Monday, the biggest drop in the day since the company signaled plans to file for bankruptcy in mid-January. PG & E's bonds also declined.

US Bankruptcy Judge Dennis Montali on Friday lifted the freeze of lawsuits related to the 2017 Tubbs fire, which killed 22 people and destroyed more than 5,600 structures in the counties of Sonoma and Napa. The move opens the door for victims pursuing claims against PG&E to begin preparing for a lawsuit.

"It was a little out of left field that the judge let Tubb's firefighting case go to an outside jury," Kit Konolige, a Bloomberg Intelligence analyst, said in an interview. "It's a big negative surprise."

The judge's decision is the latest bad news for PG&E, which sued Chapter 11 in late January with tens of billions of dollars in debt from the deadly firing of the equipment is suspected of igniting. Last week, a court-appointed surveillance monitor said PG&E failed to trim trees in vulnerable zones. Meanwhile, a judge forced the company to respond to a Wall Street Journal report stating that the company postponed maintenance on equipment near the ignition point of California's deadliest fire.

Citigroup Inc. downgraded PG & E's stock to "sell" and swam the $ 4 price target from $ 33, noting that Tubb's claims can balloon liabilities by as much as $ 15 billion from an original estimate of $ $ 1 billion to $ 2 billion.

Tubb's fire risk is "too great" and a California lawsuit is "too risky," Citigroup tool analyst Praful Mehta wrote in a note to clients.

In a separate ruling Friday, Montali sided with the tool and rejected requests from two groups of creditors who wanted to propose their own ways of restructuring the company. Montali said that opening the bankruptcy for competing plans at this time would have led to "costly, lengthy and uncertain disputes" that would not benefit burn victims.

PG&E has outlined its plan to end the largest bankruptcy tool in US history, and promised to largely protect the value of its shares. The company says it plans to submit the proposal by September 9.

Days before the company went bankrupt, California fire officials said the tool did not cause the fire in Tubbs 2017. Instead, investigators determined it was triggered by a private electrical system outside a home near Calistoga.

But attorneys for a group of victims and insurance companies who paid compensation have disputed the state's findings in the bankruptcy court's papers. They say their evidence indicates the fire was started by PG&E equipment and want a jury to decide whether the company is to blame for the largest of the fires in the wine country in 2017. The attorneys also say PG&E failed to cut power to the area despite it high fire risk.

According to California law, Tubbs victims will receive a lawsuit over five months, said Mike Danko, an attorney who represents burn victims in an email.

(Updates with comment from Citi analyst in the seventh paragraph.)

– With help from Caleb Mutua.

To contact the reporters about this story: Joe Ryan in New York at jryan173@bloomberg.net; Mark Chediak of San Francisco at mchediak@bloomberg.net

To contact the editors responsible for this story: Lynn Doan at ldoan6@bloomberg.net, Joe Carroll, Joe Ryan