"People were freaking out:" Passengers forced to jump from … 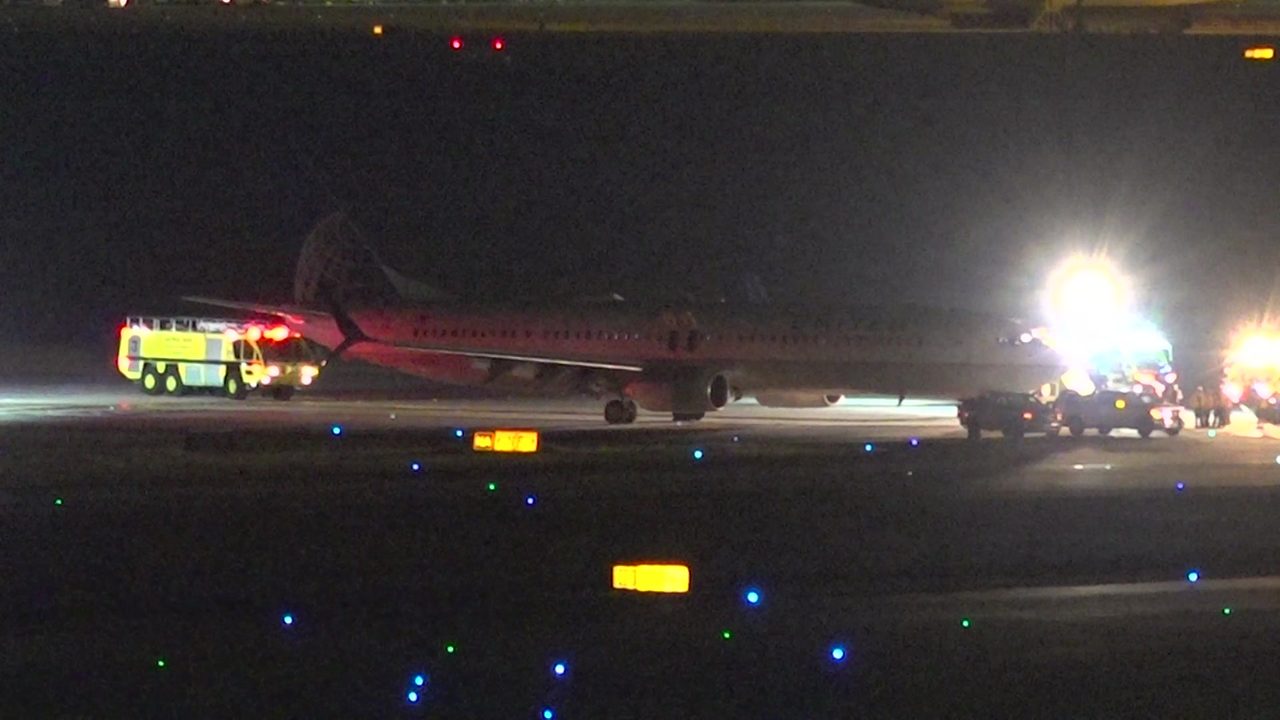 HOUSTON – Passengers on a United Airlines flight from Newark to Houston lived through some scary moments after they saw flames shooting from one of the engines.

According to the authorities, the incident occurred around 10:20 just as the 3.5-hour flight came to an end, and the plane started its descent to George Bush Intercontinental Airport.

Philip Morrow, one of the people on the plane said about two minutes before the landing, said he looked out the window and saw huge flames coming from the back of the left engine.

Tomorrow, the plane landed without incidents, and people were evacuated from the plane, but despite the chaos, he never felt as if he were in danger.

"(It was) only enourmous flames come from the back of the left engine," Morrow said. "The strangest thing for me was how peaceful I felt about it. I don't know why, I wasn't so scared when I saw it because I trusted that the flight crew would have told us there was something to worry about. So I'm planning to fly again. "

But not all passengers could stay cool.

Chris Morrison said people were desperate to find out what happened.

"People started to panic and everyone was pushing the air traffic controller button, I guess trying to figure out what happened," Morrison said. "They made an announcement to stop doing so unless it was a medical emergency, but there was such a poor vibration, and the optics to blink come from the engine that people were freaking out, so they continued to do so."

Morrison said it might take some time for him to get over the incident.

"I don't like flying. It was a very crazy, distinct vibration, the whole plane. I saw a glimmer of light outside the window. I just said in my head:" Please get this plane on the ground safely. & # 39; I don't know if I'm going to sleep for a few days after that. It was quite an experience. "

Passengers said they were evacuated on the asphalt without their luggage and were taken by bus to United Club where they were given more information.

There was a sense of panic, says Leonard Weiner. "The pilot said evacuation. I heard some sounds (that is) not what I usually hear when I fly. We had to evacuate. We had to go without our luggage and we had to go down the route and we had to do it as soon as we could. "

There were no reports of injuries, and an investigation of the incident is underway.

United Airlines published a statement of the incident:

168 from Newark, New Jersey to Houston experienced a problem with one of the engines shortly before landing. After landing safely, customers were evacuated from the plane and became the bus to the terminal. Local authorities responded immediately, and our maintenance team is currently inspecting the plane.