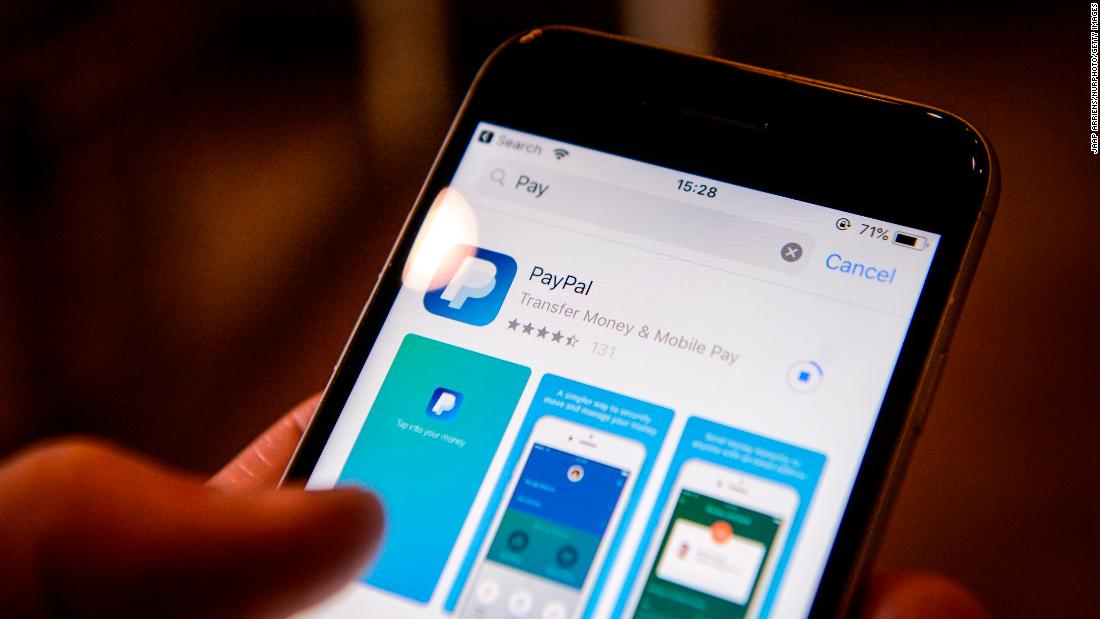 China's central bank has approved PayPal's ( PYPL ) acquisition of a 70% stake in GoPay, the companies announced on Monday. PayPal says this makes it the first foreign company licensed to provide digital payment services in China.

The terms of the deal, which is expected to be finalized by the end of 2019, have not been revealed, a PayPal spokesman said. GoPay is a small Chinese payment provider that works in the same way as PayPal – it allows merchants to accept non-credit card payments directly from their websites.

For years, US payment and credit card companies have been trying to break into the world's second largest economy, where the growing middle class means a growing market for consumers seeking loans, credit cards and money transfer services. In recent years, the Chinese government has opened the door for foreign companies to start applying for licenses to start payment networks in the country, but the approval process has been slow. By taking over majority ownership of GoPay, PayPal gained access to the Chinese company's license to provide online payment services.
"We look forward to working with China's financial institutions and technology platforms, providing a more comprehensive set of payment solutions to businesses and consumers, both in China and globally," said PayPal CEO Dan Schulman in a statement on LinkedIn.
The agreement opens for PayPal to process digital transactions in China ̵1; estimated at a total of trillions. But it may not be an easy market to break into. Chinese digital payment services Alibaba ( BABA ) & # 39; s AliPay and Tencent ( TCEHY ) & # 39; s WeChat Pay has dominated this market, in part by making it easy for merchants to use their services and accept payments from mobile phones rather than setting up the infrastructure to accept credit card payments. As of last year, more than 8 million brick and mortar stores in China accepted AliPay.

The licensing requirements have made it difficult for US companies to operate in the country, while the Chinese companies are of benefit.

Only one other American company has successfully entered the market. Last year, American Express received preliminary approval from People's Bank of China to begin developing a domestic clearance and settlement network through its joint venture with Chinese partner LianLian group.

In every other market in the world, American Express processes transactions through its own Arizona-based network. But in China, it had to rely on the state-controlled payment giant China Union Pay to process transactions. The preliminary approval it received last year will allow it to expand its own network to process payments on AmEx-labeled cards.

Mastercard and Visa have also tried to offer such services in China.