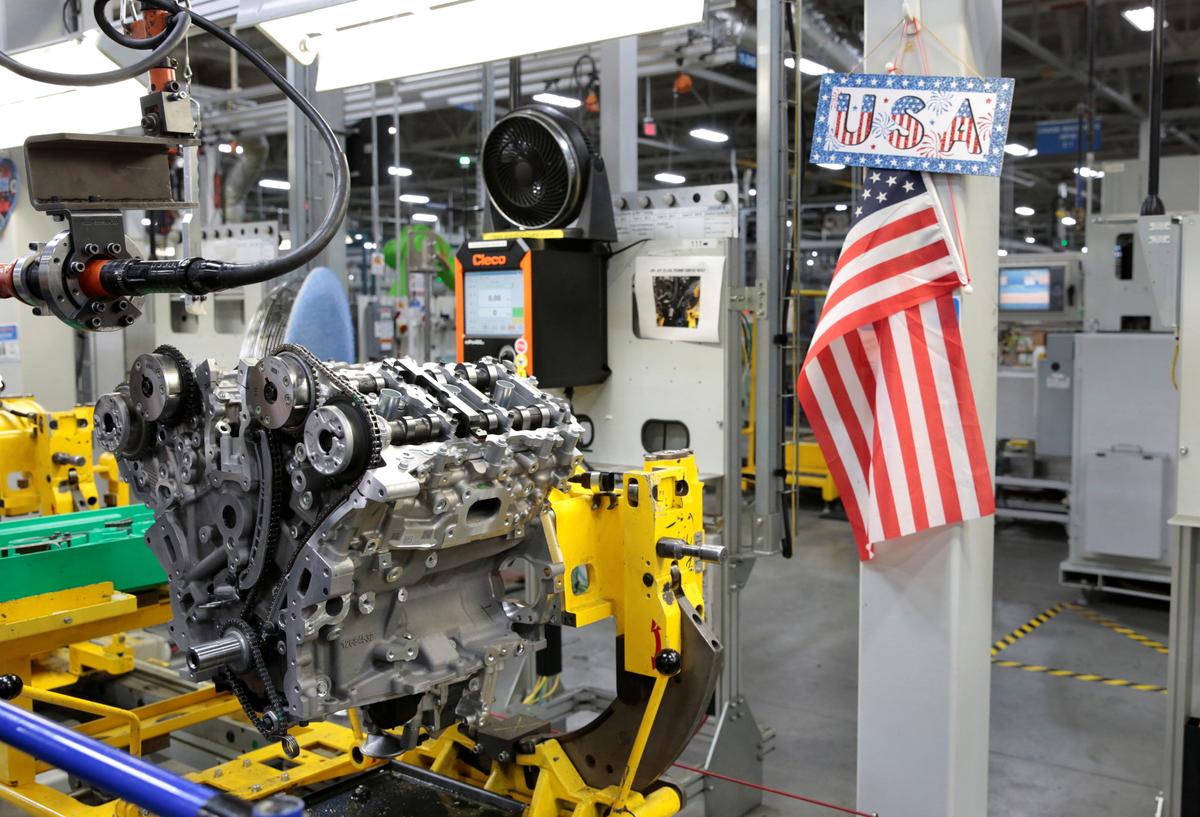 Powdered aluminum from Tennessee is shipped to Pennsylvania and forged at high temperatures in connecting rods for the pistons, which are then shipped to Canada for molding and polishing. They are then shipped to Mexico for sub-assembly, and finally the finished stamps are loaded on trucks bound for Romulus to become part of a GM V-6 engine.

The parts make up four international border crossings in total, without a single fee.

"They already have their passports," said Jim Bovenzi, GM's global supply chain executive director, during a recent tour of the Romulus plant. “We see North America as a borderless region. We have parts and components that come back and forth across the border all the time. ”

GM's V-6 engine is just one example of how GM and competitors Ford Motor Co. and Fiat Chrysler Automobiles NV have used the 25-year North American Free Trade Agreement (NAFTA) to shift work to lower cost facilities across the continent, cutting spending and increase returns from the region that represent the bulk of their global profits.

U.S. President Donald Trump is now seeking to replace NAFTA with the new US-Mexico-Canada (USMCA) agreement, signed by the country's leaders in November last year, which he says will boost US jobs.

U.S. automakers have worked hard for the new treaty to preserve NAFTA's effective lack of boundaries, saying they can work with it because it does just that.

However, if Trump follows up on his repeated threats to pull the US out of NAFTA if the US Congress does not ratify the USMCA, automakers would be forced to pay a blanket of tariffs under the rules of the World Trade Organization.

This would ruin the cost benefits of their cross-border supply chains – which include US companies that employ American workers – and will likely force car manufacturers to redesign their production models and find cheaper alternatives elsewhere, industry experts say.

"A lot of our production is very, very capital intensive, and when you spend so much capital, you have a clear sense of what the rules are," said Everett Eissenstat, GM's vice president for global public policy. "It's pretty important for us to get these (USMCA) rules in place so we can have some stability and predictability to continue to produce and invest here in the United States."

U.S. business investment fell 3% in the third quarter and 1% in the second quarter, due to concerns about rising trade tensions, including the issuance of NAFTA and tariffs worldwide.

"Businesses are already becoming more cautious about investment," said Michael Gregory, head of US economics at BMO Capital Markets. "If we get to the point where the administration is actively talking about tearing down NAFTA, I think it would trump some concern for China."

Democrats pushing for more labor and environmental protection in the new treaty say they are making progress toward passing the USMCA in 2019. But if it does not, it could be postponed in 2020 ahead of the next presidential election, which will mean a long period of uncertainty.

JOURNEY OF A PISTON

The stamps that Ending their long journey there are only a small portion of 70-plus trucks containing parts such as engine blocks or cylinder heads, which arrive there every day.

The Romulus-built V-6 uses 235 parts from 100 primary suppliers. 64 ships from factories in the United States, 13 from Mexico, 8 from Canada and 12 from other parts of the world. Most of the electronics come from Asia.

At Romulus, five trucks come daily with 288,100 kilos (45 kg) of engine blocks – the heart of the V-6 engine – each from a GM molding operation in Saginaw, Michigan, or from a supplier in Mexico.

Mexican parts are cheaper, GM's Bovenzi said, but using dual suppliers reduces the risk of relying on one plant for a critical part like the engine block.

The more labor-intensive it is to make, the more likely it is to be from Mexico, according to James Rubenstein, professor of geography at Oxford, Ohio-based Miami University, who has studied the automotive industry and NAFTA.

"Final assembly costs do not affect the overall cost of a vehicle as much," he said. "Focusing on labor-intensive parts down the chain is what really makes a difference."

As the V-6 engines – now weighing around 500 kilos – are unloaded at GM's Spring Hill plant near Nashville, an even bigger marriage of components takes place.

As individual branded V-6 engines move along the line – for Cadillacs and Acadias – around 200 parts from 88 different suppliers are associated. Fifty-eight are American, 12 Mexican, 5 Canadian and 13 from elsewhere.

Spring Hill workers install automatic transmission from a GM plant in San Luis Potosi, Mexico, a starter and generator made in Tennessee by Japanese supplier Denso Corp, an air conditioning compressor made by Denso in Michigan, a drive belt made by Gates Industrial Corp Plc in Mexico, tensioner and a pulley made by Gates in Canada, converters made in Tennessee by Tenneco Inc and battery cables from China.

Ford and Fiat Chrysler, along with other major automakers such as Japan's Toyota Motor Corp. and Nissan Motor Co., have all built similar international supply chains to support their North American assembly operations.

The lower cost achieved by such a diverse purchase means better margins on more expensive vehicles like the Cadillac XT6. The SUV costs $ 55,490, nearly $ 20,000 above the average US new car price, and is one of GM's higher margin cars.

The use of low-cost land for more labor-intensive parts is now "part of the recipe for competing in the global market," said Kristin Dziczek, vice president of industry, labor and economics at the Center for Automotive Research (CAR) in Michigan.

For example, European carmakers have similarly moved production of parts to cheaper, duty-free countries in the EU.

Tearing up NAFTA or introducing tariff rates would hurt American automakers' competitiveness, according to Dziczek.

In June, CAR estimated that the average price of a U.S.-made vehicle would rise to $ 1100 if Trump carried out his threat to impose tariffs of up to 25% on Mexican imports over illegal immigration.

North American tariffs would force car manufacturers to move purchases of cheaper parts from Mexico to other cheap markets like Vietnam, Dziczek said.

It would be bad for Mexican suppliers, but would also hurt US suppliers and defeat Trump's goal of increasing US jobs, as switching parts back and forth between Asia and the United States would not be cost-effective.