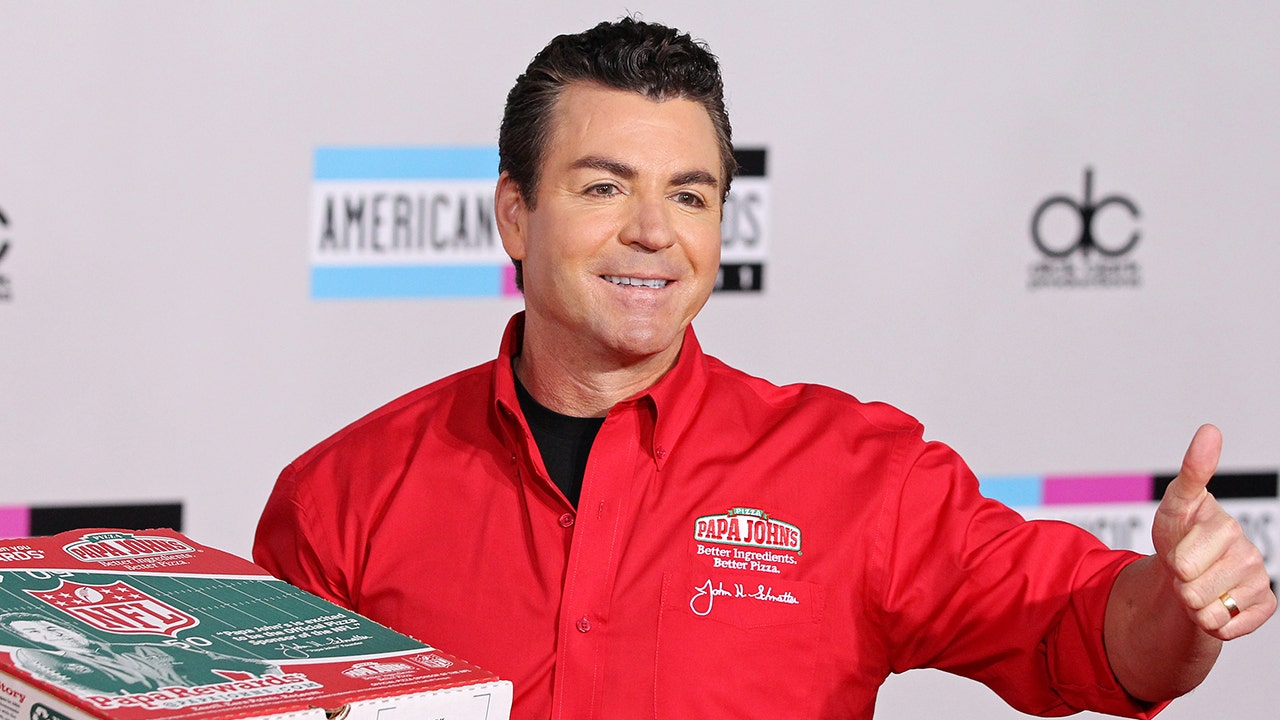 Papa Johns founder and former CEO John Schnatter on his resignation from the company, the company's previous relationship with the NFL, his use of a racist slur on a conference call and the culture of the company.

Papa John's founder and CEO John Schnatter, in his first interview since retiring amid controversy, told FOX Business in an exclusive interview with Maria Bartiromo on "Mornings with Maria" that he resigned because he was ready [19659004] "I was not forced to retire," he said, adding that "we had a fantastic nine-year run. We took the stock from about $ 6.40 per share to nearly $ 80. And then good run, good fun, good time ̵

Schnatter said his comments were "misconstrued ttet "and" benign, "adding that the company's" failure to correct the record "was most" frustrating. "

" I had wanted [NFL Commissioner] Roger Goodell just to fix the problem. Remember that a third of our budget was the NFL. So when the reviews think I was down 20 percent … it hurt our business, it hurt the franchisees, it hurt the small business owners. ”

Schnatter resigned as chairman in July last year after using a racist slur on a conference call.

He said the comments on the conversation were lost and "twisted."

"There have never been any racial slurs," he said. “There has never been any use of the word. It is probably the most frustrating. That's not true at all. The conversation was 52 minutes and it was totally anti-racist. At the very end of the conversation, I simply stated what another founder was saying in the way he went about using that word. Colonel Sanders calls black people the N-word. I would never call a black person the N word. That's not how I was raised. "

Colonel Sanders & # 39; s family has come out and defended his name against Schnatter's claims, saying that the KFC founder was not a racist, but Schnatter said" I haven't heard "and" it was common knowledge that Colonel Sanders spoke like this. "

When Bartiromo asked Schnatter what he wanted the audience to understand about him, he said he worried about the employees .

"To put it in context, the most unimaginable, incredible thing about this whole situation is that the old board and the old executive team under [Steve] Ritchie used the black community, used the race and the media – Forbes – to steal the company and in doing so destroy the company or harm the company greatly. "

" In what way, "Bartiromo asked.

"Wall Street is good [$40 per share to $50 per share] – good speed," he said. "What concerns me is Main Street. Our business is not healthy right now. So it needs to be fixed pretty quickly."

Schnatter is the largest individual shareholder.