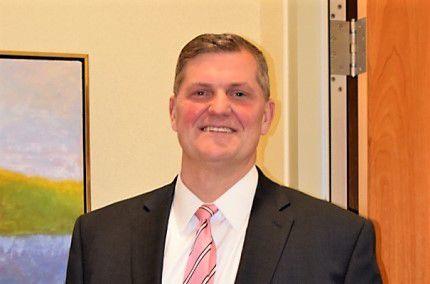 An experienced senior with experience in the health, pharmaceutical and biotechnology distribution industry has been named the new president and CEO of Owens & Minor Inc.

Pesicka worked as a leader at the biotech product development company Thermo Fisher Scientific, where he last served as chief executive and senior vice president. He was with Thermo Fisher for 15 years and then spent almost eight years before with TRW Inc., the former airline and car company, where he held roles in corporate finance.

"Ed is an experienced executive with a deep understanding of distribution, production and service in our industry," said Sledd, who is still the company's chairman. Sledd has been a board member since 2007.

"He also has a proven ability to lead performance improvements," said Sledd. "During his time at Thermo Fisher Scientific, Ed was responsible for managing a portfolio of businesses focused on distribution, manufacturing and services. He demonstrated his sales and financial hopes and developed a reputation for providing outstanding customer service and driving strong financial results. excited that our process resulted in identifying the ideal CEO. "

Pesicka joins Owens & Minor as the Fortune 500 company is trying to steer through a difficult market environment, which has been particularly challenging for its older medical distribution business.

For example, the company stands pricing pressure driven partly by consolidation among healthcare customers, along with higher commodity costs for some products it distributes, such as medical gloves.

The company reported a fourth-quarter loss of $ 261.8 million, having reported a profit in the same period last year. The results missed Wall Street expectations.

Pesicka will sit on the Owens & Minors board.

Anne Marie Whittemore, a former lawyer for McGuireWoods, chairman and member of its search committee, said in a statement that the board conducted a thorough search.

"The board believes that we have found the right leader with practical leadership and development skills that match our strategy," said Whittemore

. During his 15-year mission with Thermo Fisher, Pesicka ran a portfolio of global distribution, production and service businesses of $ 8 billion. He also served as CFO for several divisions.

At TRW, he served as division director for the company's Nelson Stud Welding division.

He began his career as an accountant at PricewaterhouseCoopers.

Pesicka holds an MBA from Case Western Reserve University and a bachelor's degree in accounting and business administration from Muskingum College.