Our Popeye's chicken sandwich test was a disaster 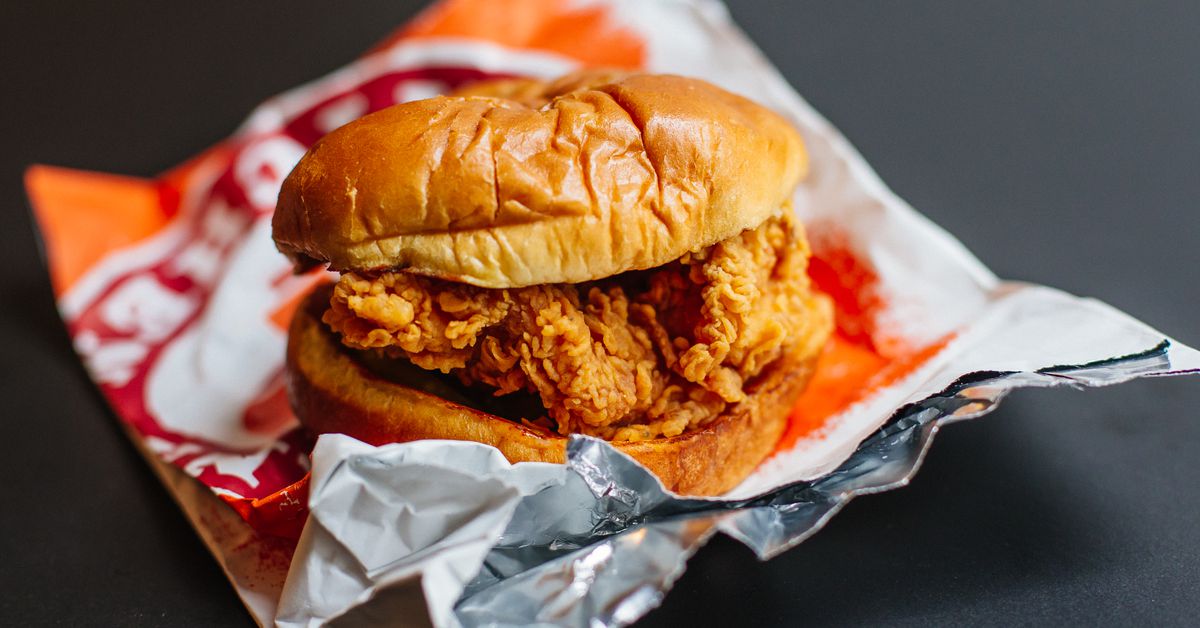 First came Sandwich . Then came the gradually higher buzz from social media accelerated by manufactured brand wars on Twitter, and curved by a flood of accompanying media coverage showing no signs of slowing down. Now, less than two weeks after the Popeyes rolled out their new fried chicken sandwich across the country, we are in the third stage of the hypocycle, where heated debates and shortcomings and warm reactions build each other up, stoking the mania like to kindle in flames. And at the center of the storm ̵

1; Popeye's Chicken Sandwich, which has been so reminiscent and mythologized that it is easy to lose sight of what it actually is: a perfectly fine product of impeccable food technology and cheap labor and ingredients that form the backbone of fast food.

Well that is what you call a successful product launch.

Like all other publications driven to cover the twin strength sandwiches for side views and real suspense, Eater – the news team, not the critics who are actually qualified to evaluate food – decided to conduct an unofficial taste test of several fast-food chicken sandwiches offer. We are not the first to do so, nor will we be the last. We cannot guarantee at all that our test was the most rigorous or all-inclusive; that the honor probably had to go to the Chicago Tribune . But what we can promise you is that our taste test was seriously wrong, hindered by our own garbage and other human limitations. (For example, I put a chicken sandwich test on the floor and did not immediately reject it would like, "Can I still serve this?" More on that later.]

The first short-list of fast-food chains to patronize for this test included Popeyes Chick-fil-A Wendy's # 19659007] Shake Shack McDonald's Fuku and Burger King We dropped McDonald's and Burger King because none of the chains are particularly known for chicken sandwiches. eventually cut because it is not available throughout the United States, and also my editor who was going to pick it up late because she had to wait an extremely long time for Popeyes, despite my pre-order! Therefore, our final chains were: Popeyes (chicken sandwich, supposedly to be v re spicy, but in the chaos they regularly gave us instead), Chick-fil-A (spicy chicken sandwich), Shake Shack (chicken sandwich), and Wendy & # 39 ; s (spicy chicken sandwich). FLAW: CONFUSION AND LAZINESS.

We planned to buy two sandwiches of each and cut them into quarters so that eight Eater employees could take part in the tasting. It would be a "blind" test, a. Flattery would not know which sandwich came from which chain. We decided to find out the other details of testing later. FLAW: Lack of foresight.

The day of the taste test, my editor and our homes left on our respective routes to retrieve the sandwiches, and timed our departures so that we would arrive at the office at about the same time. When it was mid-afternoon on a hot August day in New York, the temperature outside was about 87 degrees (plus humidity). I wouldn't recommend this as a backdrop for hectic sandwich procurement, since it wasn't long before I began to wish I was in literal hell rather than the thick, oil-rich heat of the crowded street-kitchen restaurants. They seemed even busier than usual, as if the press-approved gloss from Popeyes had produced a halo effect for any chain selling chicken sandwiches. Behind the counter, employees were working at double speed, calling for pick-up orders every few minutes. "I'm so sweaty," I sent my editor at one point, while sending me the message, "I'm sweating bullets." FLAW: NO CHILL.

The sandwiches, after more than 30 minutes of travel time, and another 20 minutes to be prodded and reorganized for photos, were … shall we say less than fresh. If the images of these products even look externally attractive, it is only because of skilled finishing skills, not because of any inherent beauty that remains in these sandwiches. Let me just repeat, they quickly became cool and relatively ugly when cut into quarters and brought to the test table. FLAW: We MUST only have them delivered warmly by professionals.

The crazy, sweaty minutes between photographing the sandwiches, cutting them, moving them to the table and making up notes at the last minute for our tasters – meat texture / crunch toppings bun and total taste – felt in a way like the next circle of hell. In the fugue state of panic, I spied a forgotten Chick-fil-A sandwich on my desk. Relieved to have ended up at the end of this hair-raising process, I snapped up the sandwich and ran to get it cut into quarters. Of course, I kept the foil bag from the wrong end; Inevitably, it opened to middle stage; inevitably, the sandwich fell to the ground, the chicken fillet slid off the pile and landed with complete skin-to-floor contact, so there was no hope of salvaging it. A scream from my throat arose so anxious that it turned the heads of at least a few employees nearby from the sister site The Verge. Four of the eight testers failed to try a Chick-fil-A sandwich. FLAW: HUBRIS, NOT LOOKING AT MY OWN HAND.

Here's another mistake: judging was kind of mess. The instructions, which I delivered in a jumbled way to everyone's confusion, resulted in feedback that spread in both format and tenor. The following ranking is based on these responses, cobbled together by assigning quantitative values ​​to qualitative comments and fiddling with a spreadsheet for two hours. FLAW: VERY LOOSE MATH.

Wendy's was the worst general and in the subcategories. of texture / crunch and toppings. Tasters noted that it had a strong peppery flavor in the batter, a soft crust, a mushy tomato slice (Wendy's sandwich is the only one of the bunch served without jam) and a divisive amount of mayo. But some employees were in favor of the bun, which was described as "pillow" and "nicely sweet."

Chick-fil-A's sandwich, as beloved as the chain is controversial, became number two in texture / crunch and toppings, and third overall. A few flatterers noted the "confident" spice and the "thick" meat. One participant chose this sandwich as the favorite of the gang, and praised the warmth and taste.

Perhaps a surprise result for those who automatically assumed that Chick-fil-A would score higher, Shake Shack proved to be the dark horse of the competition. The meat ("naturally naturally cage-free", according to the chain) was actually rated for the worst – "dry," according to two tasters; "Mealy," according to another – but the toppings (jam and buttermilk mayo) were rated at the highest. It should be noted that this sandwich is noticeably smaller than the other tested products.

Rumors are true: according to the Internet as well as Waters tasters, Popeyes was the clear winner in the category, earning top marks with a large margin in meat, texture / crunch, bun and generally. The meat was described as moist, the buttermilk batter impressively crisp and crispy, seasoned tastefully, the pickles crunchy, the brioche bun nicely buttery. "Best of the bunch," wrote one person. "I want more, like, state."

But don't just take my / our words for it (disclaimer: I didn't eat any of them) – Eater NY chief critic Ryan Sutton, who we somehow tapped into all of this, is considered Popeye's & # 39; chicken sandwich & quot; not as much of the best of the gang as the least worst of these problematic fast food giants. ”Wow. Low bar, high praise, in fact.

The freshest news from the food world every day