Orlando Airport: A TSA officer falls from the balcony until his death, officials say, and aircraft are delayed 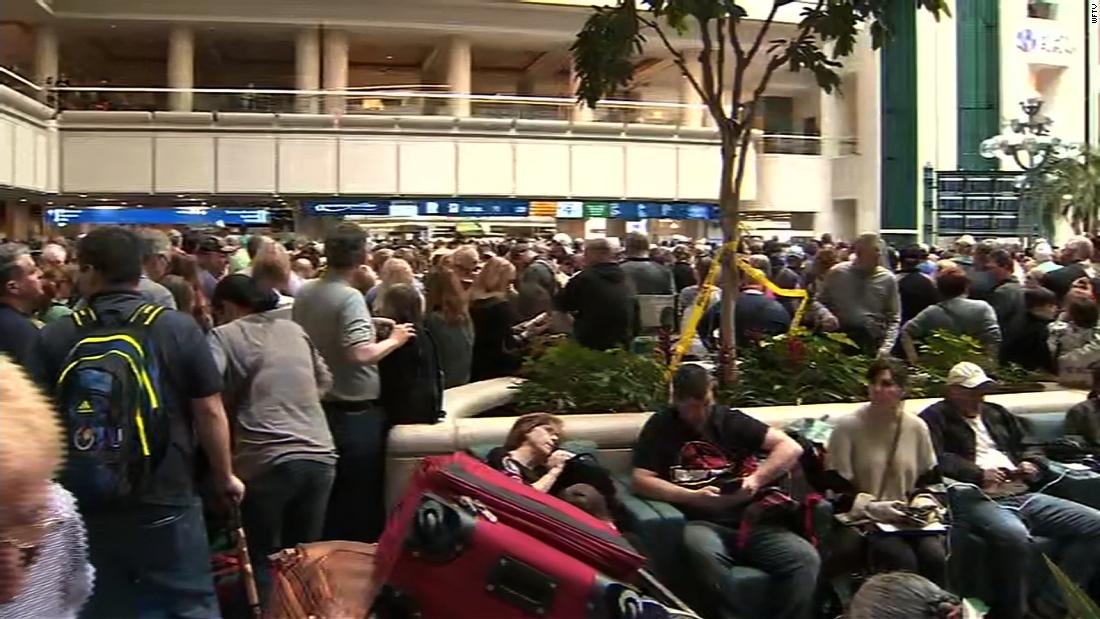 There were varying descriptions of what happened. The Orlando police said a man in his 40s jumped into an apparent suicide from the Hyatt Regency Hotel on an atrium floor in the main terminal at 9:30 am ET.

TSA Spokeswoman Jenny Burke identified the man as an off-duty TSA officer and said he fell from one of the multi-level balconies overlooking an area where people stand up for one of the airport's security checkpoints.

The man was found in critical condition and taken to hospital where he was pronounced dead, police said. His name was not released, and further information about what led to his fall was not immediately available.

Autumn caused instantaneous panic in the atrium, as well as long delays for some travelers trying to fly in and out of

A passenger says that TSA workers told them to run
. Trista Eaden told Spectrum News 13, a CNN affiliate, that she was waiting for the screening line when she heard a loud bang.

"So I saw TSA agents standing up, and suddenly they just told us to run, to just go through the screening," said Eaden.

TSA said several passengers scattered the security areas without screening. 70 to 129 had to be rescreened, the airport said.

Around 3 pm, the airport managed to wait for these checkpoints to be reduced to less than 15 minutes. Many aircraft were canceled, especially for Southwest Airlines, the airport was tweeted.

Travelers flying to the airport were also suspended.

Timothy Haines, who entered Orlando from Michigan, told CNN affiliated WKMG at his Southwest Airlines flight was held on a apron or taxi rank for more than 90 minutes
As soon as 97 flights from the airport had been delayed and 45 canceled, according to flight tracking site FlightAware.com. Dozens of flights entering the airport were also delayed or canceled.