Oregon Deputies Pull Out 57 Electric Scooters, Bicycles Out of the Portland River 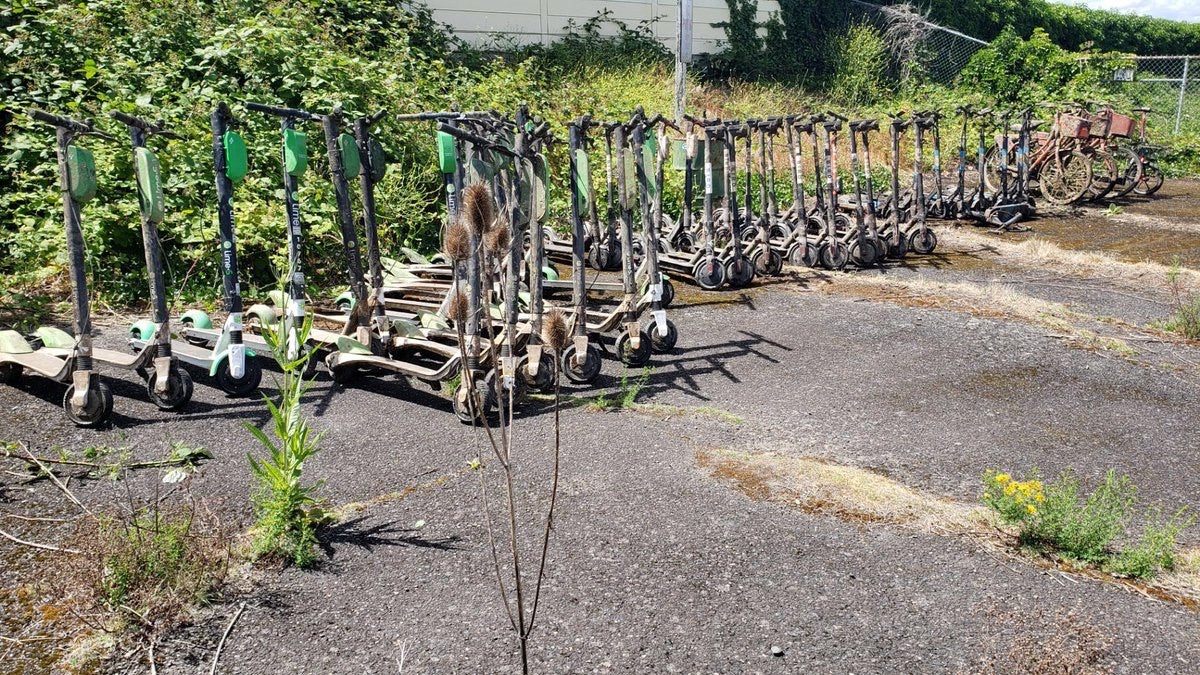 This is not your average "catch of the day."

A sheriff's office in Oregon recently revealed it raised dozens of electric scooters and bikes out of a major river in Portland.

Multnomah County Sheriff's Office said Wednesday on Twitter. The Institute's diving team regained a total of 57 scooters and bicycles over a two-day period in the Willamette River in Portland.

"The team had to quit early because they needed a bigger boat!" sheriff's office said .

Officials told FOX12 that the diving team found 15 scooters in May during a training exercise before mudding dozens more this week. The scooter brands include Razor, Lime and Bird.

The diving team used scooter recovery as a training exercise since the riverbed has limited visibility, so everything has to be found by touch.

Many of the scooters and bicycles that were pulled out of the Willamette River seemed to be equipped.
(Multnomah County Sheriff's Office)

Sgt. Brandon White from the Multnomah County Sheriff's Office said the Oregon officials were not who dumped scooters, but that divers were concerned that batteries would leak into the river.

"We recommend those who will not park scooters in the river," he told the newspaper.

The restoration mission in the river drew a small amount along the sea in the Portland city center, apparently all curious of the police activity.

"It's that way to see them being abused like that," Ryan Alexander FOX12 said.

Many of the scooters seemed to be equipped, but the sheriff's office said the lights were still working.

A Lime spokesman told Fox News vandalizing scooters is "wrong and only harms those who trust these vehicles every day as an affordable and convenient way to get around."

"If someone sees a Lime scooter as they suspect are being manipulated or vandalized, we ask that they immediately report it to our 24/7 customer service team, available via the app, email (support@li.me) and phone or text (1-888-LIME-345), says the spokesman.