Oregon braces for several inches of snow, food stores run out of … kale? 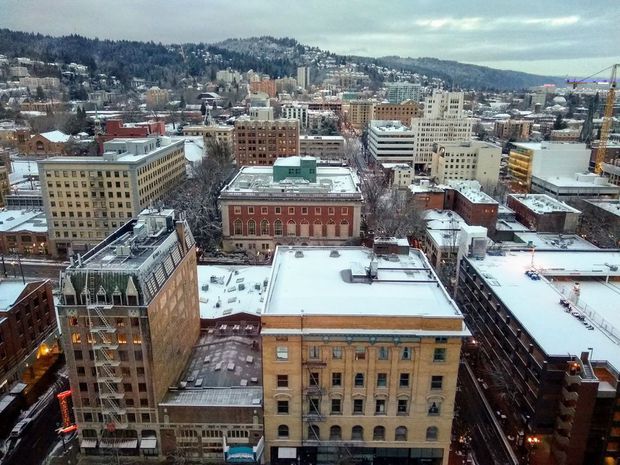 If you're looking for the difference between the hardy souls living on both Michigan peninsulas and those on the tip of the Pacific Northwest, it can be found in a production run during the countdown to a winter storm. [19659002] As Michiganders who has just met a bitterly cold Polar Vortex week – and still grabs an ice storm demand – we have a certain set of skills when it comes to stocking up in the grocery store when meteorologists ask for another "big."

We grab bread, milk, eggs and bacon. We throw more carb-heavy snacks in the cart than we probably should. (All the reason why this helps you feel cozy.)

And then we push everything over to one side, so we have plenty of space for the six packets of beer and bottles of wine we expect .

Then it's our friends in Portland, Oregon. They have a couple of storms forecasting to beat them over the weekend which can bring in more inches ̵

1; inches, not feet – of snow. Reporters on our sister site, The Oregonian, documented the frenzied rush of food stores in the area:

"Portlanders made a crazy dash to their grocery stores pending the snow tonight. One of the first things to go was bare."

The pictures showed it well: produce areas that were almost picked clean. And the bald area left with just a lukewarm gang of lacinato variety again.

We're waiting for you, Oregon. Thumbs up from the middle state. But don't forget to eat some carbohydrates before you shovel.