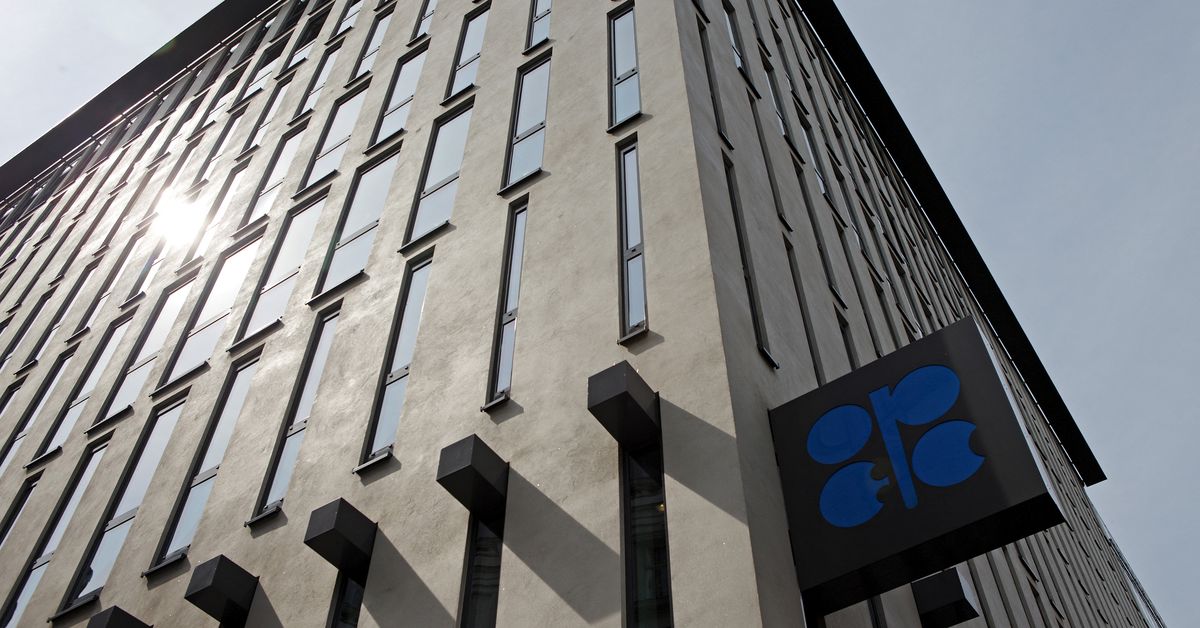 The logo of the Organization of the Petroleum Exporting Countries (OPEC) is pictured at its headquarters in Vienna, Austria, August 21, 2015. REUTERS/Heinz-Peter Bader/File image

LONDON, Sept 4 (Reuters) – OPEC+ is likely to keep oil production quotas unchanged for October at a meeting on Monday, six OPEC+ sources said, although some sources would not rule out a small output cut to bolster prices that have fallen on fears for an economic downturn.

The Organization of the Petroleum Exporting Countries (OPEC) and allies including Russia, known as OPEC+, are expected to roll over existing policies, six OPEC+ sources said on Sunday and Monday.

However, three of the sources said the producer group could also discuss a small cut of 100,000 barrels per day (bpd).

Monday’s OPEC+ meeting is set against a complex backdrop, including a potential supply surge from Iranian crude returning to the market if Tehran is able to revive its 2015 nuclear deal with global powers.

Russia, meanwhile, has said it will stop supplying oil to countries that support the idea of ​​capping the prices of Russian energy supplies over the military conflict in Ukraine.

Meanwhile, gas supplies in Europe have been cut further, which is likely to trigger further price increases. read more

Brent crude oil has fallen to around $95 a barrel from $120 in June due to fears of an economic slowdown and recession in the West.

Iran is expected to add 1 million barrels per day to supply or 1% of global demand if sanctions are eased, although prospects for a nuclear deal looked less clear on Friday. read more

However, signals from the physical market suggest that supply remains tight and that many OPEC states are producing below targets while fresh Western sanctions threaten Russian exports.