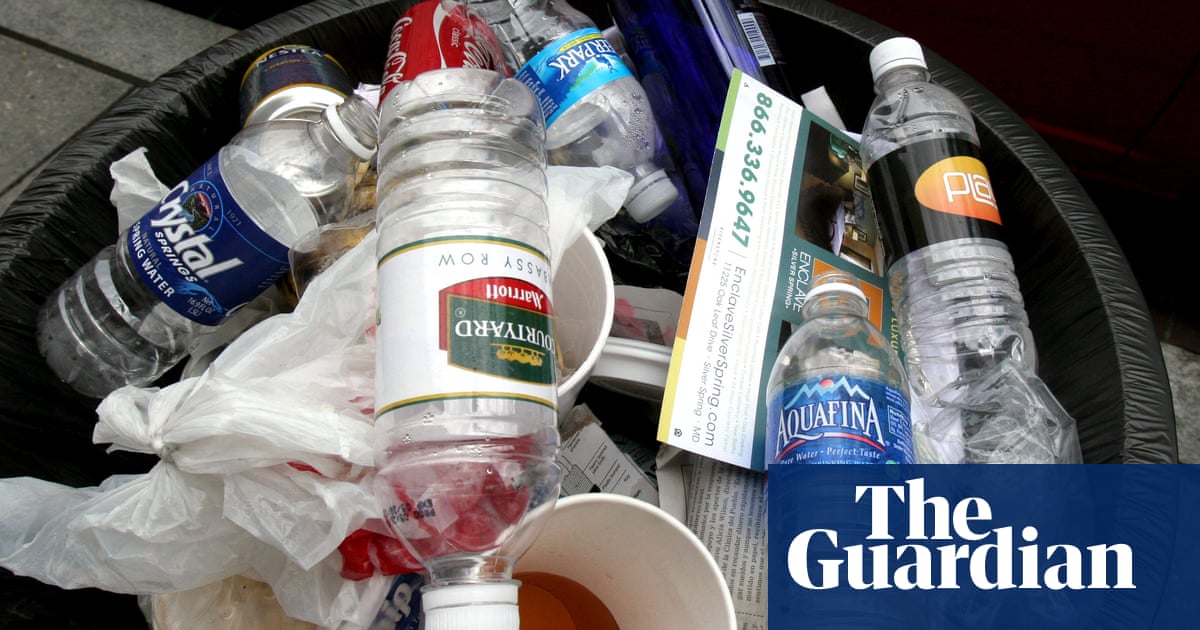 Only 5% of the mountains of plastic waste generated by US households last year was recycled, according to new research from Greenpeace.

Americans threw away 51 million tons of packaging, bottles, and bags in 2021—about 309 pounds of plastic per person—of which nearly 95% ended up in landfills, oceans or dispersed into the atmosphere in tiny toxic particles.

The plastic problem is not just down to reckless consumerism or laziness – in fact, the situation would still be bad even if every household separated every piece of plastic and disposed of it in a dedicated recycling facility, according to Greenpeace.

Not a single type of plastic packaging in the United States meets the definition of recyclable used by the Ellen MacArthur Foundation’s New Plastics Economy initiative, the report found.

Even plastics that have long been considered recyclable—bottles and jugs (PET #1 and HDPE #2)—fall far short of the 30% recycling rate required to meet the foundation’s definition of recyclable. The reprocessing rate for the rest of the plastic used by millions of people every day to wrap leftovers, eat takeaway or return unwanted online purchases is less than 5%.

The recycling will annoy those who have spent time washing out plastic containers and bottles, believing they would end up being reprocessed and reused into another plastic package the world probably didn’t need.

“Companies like Coca-Cola, PepsiCo, Nestlé and Unilever have been working with industry front groups to promote plastic recycling as the solution to plastic waste for decades. But the data is clear: in practice, most plastic is simply not recyclable. The real solution is to switch to systems for reuse and refilling, says Lisa Ramsden, senior plastics campaigner at Greenpeace USA.

The report, Circular Claims Fall Flat Again, updates the 2020 survey of 370 recycling facilities which found that most plastics were not widely accepted, and even the bottles and jugs were not fully recycled or recyclable. Not much has changed, in fact the official US recycling rate has fallen from a peak of 9.5% in 2014 and 8.7% in 2018. At the time, the US, like many countries, exported millions of tons of plastic waste to China and counted that which was recycled even if much of it was incinerated or dumped.

After China stopped accepting plastic waste in 2018 because it was basically garbage, too dirty to be recycled, the capacity shortfall was never made up while plastic use continued to rise.

But exporting plastic was always a false solution, as is all plastic recycling because plastic waste is so ubiquitous that it is extremely difficult to collect, virtually impossible to sort, environmentally harmful and expensive to reprocess, and often contains toxic materials.

On the other hand, paper, cardboard, metal and glass do not have these problems, which is why they are recycled at much higher rates.

After three decades, the industry claims that plastic recycling is still in its infancy, according to Ramsden. “Instead of continuing to greenwash and mislead the American public, the industry should support an ambitious global plastics agreement that will finally end the age of plastics.”

The treaty is currently being drafted, after more than 170 nations in March backed a historic UN resolution to end plastic pollution, with an international legally binding agreement to be in place by 2024. It is hoped the treaty will set the course for the plastic pollution crisis for generations to come, with packaging being replaced by reuse and refill systems or no packaging at all.

If the status quo continues, global plastic use and waste will nearly triple by 2060 with a meager increase in plastic recycling, according to a recent report from the Organization for Economic Co-operation and Development (OECD).