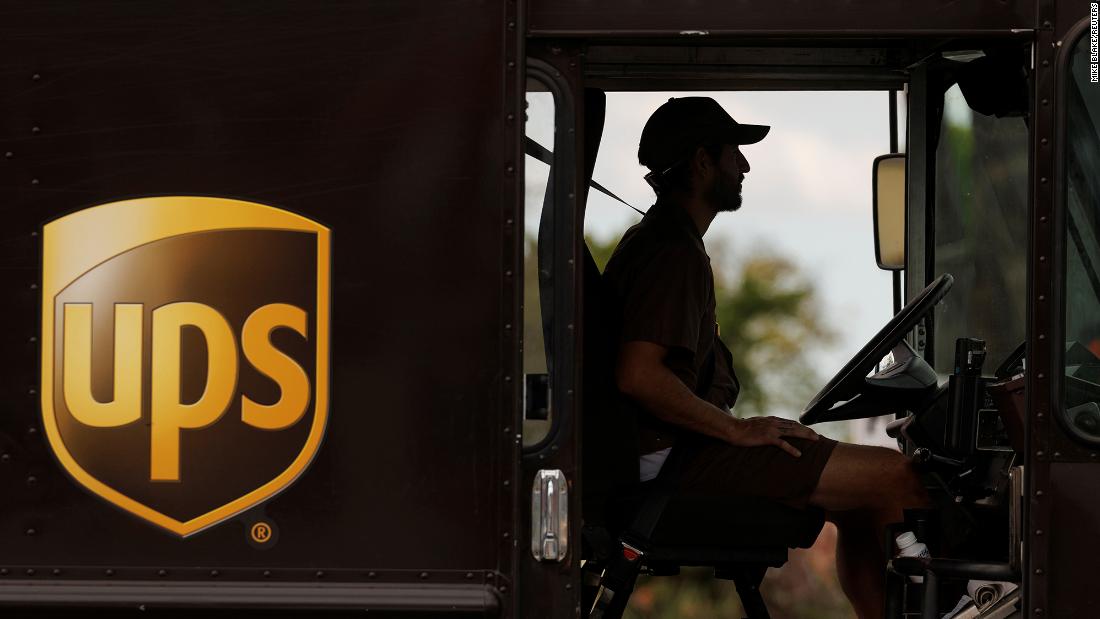 Contract negotiations are set to begin this spring between UPS and the Teamsters Union before their current contract expires at the end of July 2023. Even before talks have begun, labor experts are predicting that the drivers and package handlers will go on strike.

“The question is how long it will be,” said Todd Vachon, a professor of labor relations at Rutgers. “The president of the federation ran and won to take a more militant approach. Although they are very close [to a deal]the rank and file will be hungry to take on the company.”

If that happens, a UPS strike would affect nearly every household in the country. An estimated 6% of the country’s gross domestic product is moved in UPS trucks each year. The explosive growth of online shopping has made the company and its drivers more crucial than ever to the country̵[ads1]7;s struggling supply chain. In addition to the company’s home deliveries, it also delivers many of the goods found in shops, factories and offices.

Approximately 350,000 Teamsters work at UPS as drivers and package sorters out of a global workforce of 534,000 permanent employees. And it’s growing fast — the company has added about 72,000 Teamster-represented jobs since the start of the pandemic.

While there are competing services at FedEx (FDX)The US Postal Service and Amazon’s own delivery service, neither have the capacity to handle more than a tiny fraction of the 21.5 million US packages that UPS moves daily.

“We want a contract that benefits our employees and gives UPS the flexibility to remain competitive in a rapidly changing industry,” the company said in a statement this month. “UPS and the Teamsters have worked together for nearly 100 years to meet the needs of UPS employees, customers and the communities where we live and work. We believe we will continue to find common ground with the Teamsters and reach an agreement that is good for all involved .”

The union has not gone on strike against UPS since a nearly two-week protest in 1997. If the union strikes, it would be the largest strike against a single company in the nation’s history.

There are certainly signs of strain in the relationship between the company and the union – both its management and its rank-and-file members.

A majority of members voted against ratifying the current contract in 2018, only to see former Teamster leadership, led by then-president James Hoffa, put it in place because not enough members participated in the ratification vote to trigger a strike.
The association’s new president, Sean O’Brien, won his office earlier this year by doing The UPS contract is a central focus of his campaign. He has promised to get UPS to pay Teamster members far more this time around, and he often talks about a $300 million strike fund the union has amassed to pay members in case they go on strike.

“Do our members wake up every day and want a strike. I would say no. But are they fed up? Yes, they are fed up,” O’Brien told CNN Business last week. “Whether or not there will be a strike is entirely up to the company. We are going to use as much leverage as we can to get our members the contract they deserve.”

UPS said the average pay for its delivery drivers is $95,000 a year, with benefits such as a traditional pension plan worth another $50,000 a year. UPS semi-tractor drivers are paid even more. That’s far higher than most wages at FedEx and Amazon, where many drivers work for small independent contractors.

The current contract expires at 12:01 on August 1st. O’Brien promises that the union will not grant any kind of contract extension after this deadline.

And he added that on top of improved wages and benefits, the union will demand better working conditions, including adding air conditioning to the panel vans used for UPS deliveries, which the union says pose a health risk to drivers.

“It’s not a heavy lift for the company to install air conditioning,” he said. “There’s a lot of heatstroke going on.”

The company often talks about how much it values ​​its Teamster-represented workforce.

And in one important way—employment numbers—UPS is one of the best friends labor has in the ranks of American corporate management, despite the obvious tensions. UPS is one of the few unionized employers to significantly increase payrolls and union membership. In other businesses, the number of trade unions has been steadily declining or for several decades.

The increase in Teamsters jobs at UPS has come from the steady growth in online shopping, especially during the wave of the pandemic. Last year, it took just nine months to report what was already a record full-year profit. UPS ended 2021 with operating income up 50% to $13.1 billion. In the first half of this year, earnings rose a further 10% compared to a year ago.

“Everybody keeps getting richer except our members,” O’Brien said.

UPS CEO Carol Tome, who started that job just as the pandemic began, says the company’s union contract is a competitive advantage at a time of worker shortages.

She also tries to reassure both investors and UPS customers that the company will be prepared in case the union goes on strike. She declined to comment on what these preparations are.

“Our goal with the Teamsters is win-win-win,” she told investors in July. But she added that UPS is “building emergency plans.”