One dead, two injured during the shooting at Church & # 39; s Chicken restaurant in San Diego 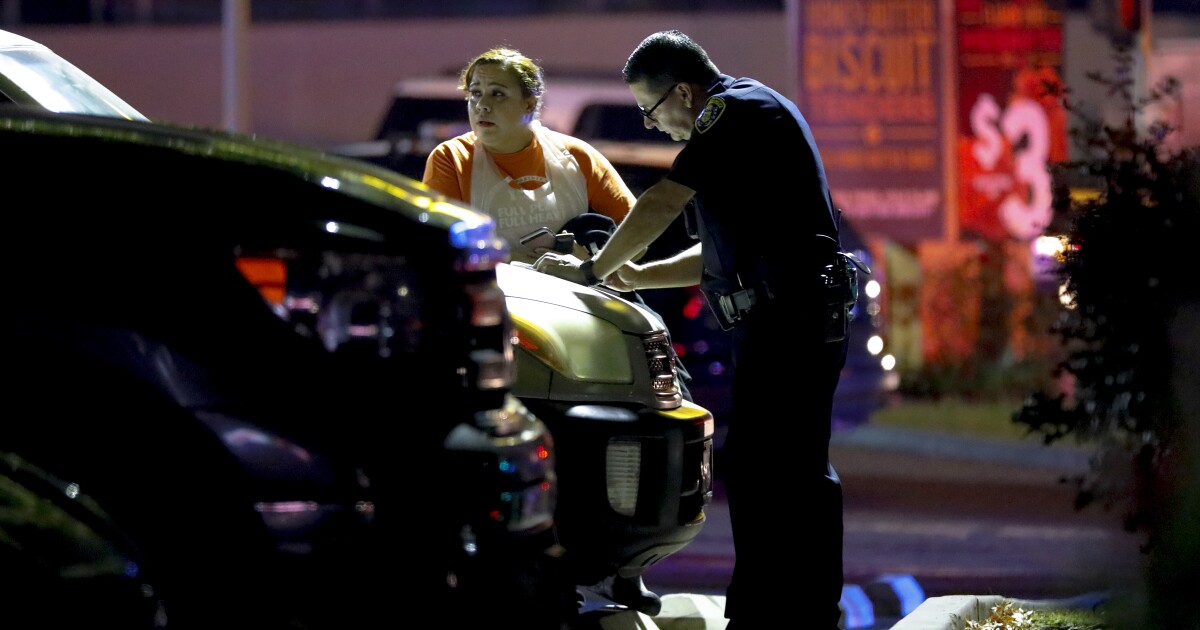 A woman was killed and two other people were injured in a shooting at a church's chicken in Otay Mesa on Wednesday, police say.

The shooting happened about 5:30. at the fast-food kitchen at Del Sol Boulevard and Picador, San Diego Police Sgt. Kevin Gibson said so.

Officers on the scene reported that a man walked into the restaurant, placed a food order and opened fire, Gibson said, citing information he heard over the police radio. It appeared that at least one of the victims was an employee of the Church Chicken.

The suspect was described as a thin, black man who was last seen wearing a blue Chargers hat, red sunglasses and a dark sweater. He may have fled the area in a blue car.

This is a news that will be updated as more information becomes available.