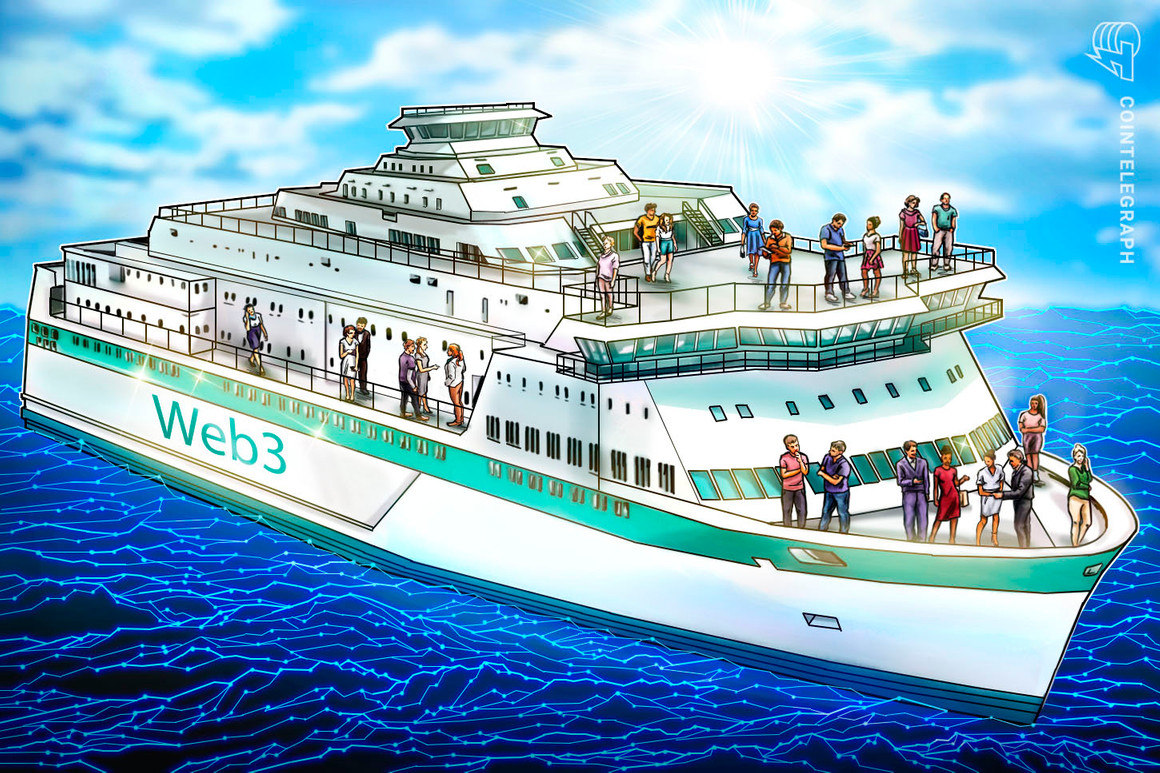 Recent geopolitical events have polarized the world. Partisanship and the ideological divide have further balkanized the internet, whose gatekeepers have trampled upon the rights of millions to access financial services. Nations are gradually waking up to the reality of having neutral protocols and national stacks.

Hailed as the next generation of the internet, Web3 will be sanction-resistant and free of data silos. Gavin Wood, co-founder of Ethereum and creator of Polkadot and Kusama, coined the term Web3 in 2004. Five years later, the Bitcoin (BTC) white paper was released in 2009, which further cemented the imperative of decentralization. Is the decentralization narrative here to stay? Let̵[ads1]7;s find out why Web3 is gaining ground today.

Web3: Role of decentralization in the innovation economy

Web3 can offer global digital rails to aid innovation and independence. The clamor to reign in Big Tech have propelled the discussions around Web3. Big Tech’s dominance over the internet and its control over personal data has fueled the war cry for its decentralization. A renowned Silicon Valley Venture Capital firm, a16z published its policy paper “How to Build a Better Internet: 10 Principles for World Leaders Shaping the Future of Web3.” It states that data ownership and monetization will lead to newer business models in the Web3 era, advocating that:

“The world deserves technology that can unlock opportunity for the millions on the margins of the innovation economy and enable people to take control of their digital lives.”

The fundamental premise of the internet centered around connecting people. The internet has evolved over the last 30 years, and our interaction with it has also changed. Despite the changes, the era of online communities can be broadly classified into three time periods.

“Privacy is necessary for an open society in the electronic age,” said Eric Hughes, an American mathematician and founder of the cypherpunk movement, underscoring the importance of privacy and how it’s more pronounced in a decentralized version of the internet. The current state of the internet, Web2, series or Big Tech monopoly; Facebook, Amazon, Apple and Google today own and govern the internet.

Related: Why decentralization is not the ultimate goal of Web3

The proponents of Web3 have urged that the future of the internet should be built upon the first principles of decentralization, self-sovereignty, data ownership and censorship resistance. At the core of Web3 is the philosophy of decentralized internet infrastructure designed to ensure individual privacy.

Web3 has yet to reach its full potential. At this point, the idea of ​​individuals exercising complete ownership of their data and privacy seems quite dystopian because adoption is insignificant and limited to crypto-savvy individuals. There is a need to address the entry-level friction in the Web3 space.

The lofty ideals of ownership in a truly decentralized economy can only come to fruition if we create enabling tools and complementary infrastructure compatible with Web2 and Web3. Web3 adoption is still in its infancy, though a few Web2 companies have gradually begun migrating to Web3 and are embracing decentralization. Easy-to-use enabling services and infrastructure need to be built to ensure the seamless onboarding of users in the Web3 era. A lot still needs to be done.

Related: The metaverse will change the paradigm of content creation

The idea of ​​portable digital identities and ownership on the internet is incumbent upon easy-to-use Web3 wallets for everyone, including non-native crypto audiences. Credential management coupled with the custody of digital assets is the missing link inhibiting Web3 adoption. A composite wallet that can enable users to assert their identity in the physical and digital realm, store credentials digital assets such as NFTs tokens, ensure payments, stakes and more are the need of the hour. The current players’ on-ramp (fiat to crypto) and off-ramp (crypto to fiat) services are far from satisfactory, which needs to be addressed from a user-experience point of view to enable mass adoption.

Web3 will bring a paradigm shift in the ways people in online communities use technology. Value creation and distribution will no longer be at the mercy of centralized actors, and decentralized groups will enable new forms of ownership and co-creation.

Gaming, a $ 200-billion industry in 2021, is the way forward for onboarding users to the Web3 ecosystem. Emerging gaming markets such as India have more than 450 million gamers. Emerging markets have lower per-capita income, creating huge opportunities for gamers to earn an income via blockchain-based play-to-earn games.

Financialization-first Web3 games are expected to grow further in the longer term. Web3 is at the heart of discourse, focused on the creator and ownership economy. JPMorgan’s recent report, “Opportunities in the Metaverse,” highlights the importance of a single-wallet user experience in Web3 and meta-commerce. The report states that a single wallet should include the following:

Related: DAOs are the foundation of Web3, the creator economy and the future of work

Privacy-preserving- and self-sovereignty-based tools and services are essential for harnessing the full potential of Web3 and leveraging trillion-dollar opportunities in the metaverse. An enhanced user experience is crucial for mainstream adoption.

This article was co-authored by Sharat Chandra and Shiv Aggarwal.

This article does not contain investment advice or recommendations. Every investment and trading move involves risk, and readers should conduct their own research when making a decision.

The views, thoughts and opinions expressed here are the authors’ alone and do not necessarily reflect or represent the views and opinions of Cointelegraph.

Sharat Chandra is a keynote speaker, educator and blockchain and emerging tech evangelist. He leads research and strategy at EarthId, an award-winning decentralized identity management platform.

Shiv Aggarwal is the founder and CEO of EarthId, an award-winning decentralized identity management platform. Shiv is currently leading EarthId toward enabling frictionless adoption of Web3-based ecosystems. He is a thought leader in the blockchain and digital identity space and has delivered various keynotes at international conferences. Shiv also leads the Government Blockchain Association in EMEA.