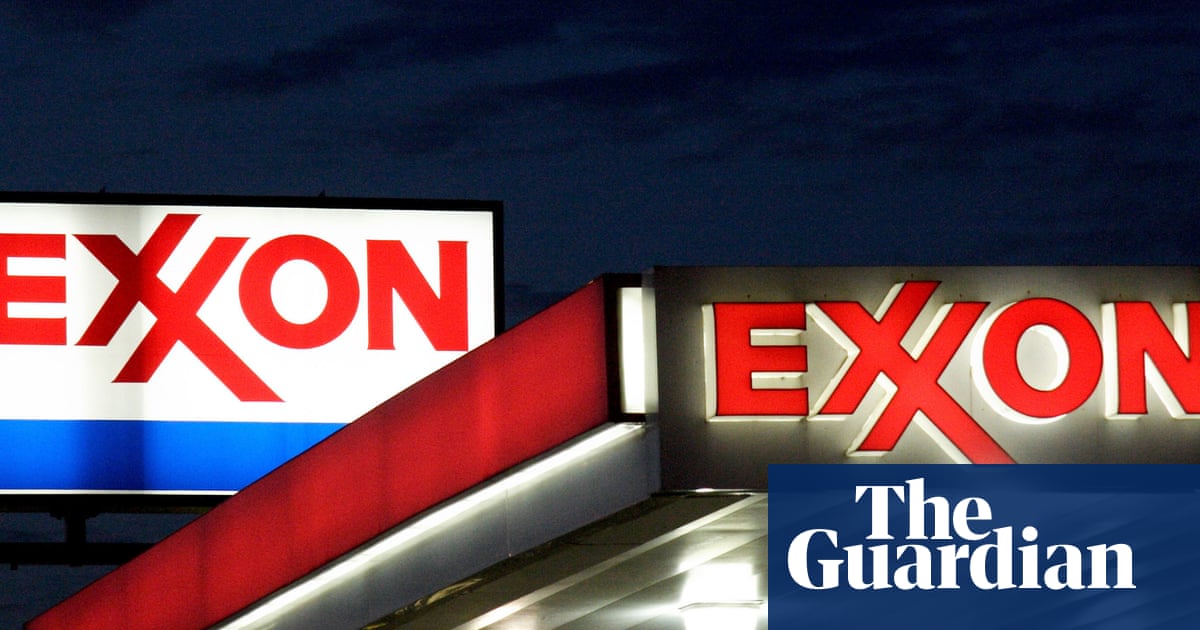 America’s biggest oil companies pumped out record profits in recent months as Americans struggled to pay for gas, food and other basic necessities.

On Friday, ExxonMobil reported an unprecedented profit of $17.85 billion (£14.77 billion) for the second quarter, almost four times the same period a year ago, and Chevron earned a record $11.62 billion (9 .61 billion pounds). The soaring profits were announced a day after Britain̵[ads1]7;s Shell broke its own profit record.

High energy prices have rattled consumers and become a political flashpoint. “We’re going to make sure everyone knows about Exxon’s profits,” Joe Biden said in June. “Exxon made more money than God this year.”

The record profit came after similarly large gains in the first quarter, when the largest oil companies earned close to 100 billion dollars.

High energy prices are one of the leading factors driving inflation to four-decade highs in the US. Gas prices have fallen slightly in recent weeks, but now average $4.25 per gallon across the U.S., more than $1 per gallon higher than a year ago.

Consumers are facing high fuel prices, not just at the pump. Sky-high energy prices are baked into delivery costs, which drives up the costs of everything from apples to toilet paper.

One reason gasoline prices have been so high is that fewer refineries are operating in the United States than before the pandemic, so there is a limit to how much gasoline can be produced.

Biden has asked the companies to increase production and refining capacity in an attempt to bring down prices. On Friday, Exxon said it is expanding its refinery and production in Texas and New Mexico.

Exxon, based in Irving, Texas, increased its oil and gas production as crude oil prices hovered above $100 a barrel. Revenue at Exxon rose to $115.68 billion, up from $67.74 billion in the same quarter last year.

Natural gas and liquefied natural gas (LNG) prices are also elevated due to Russia’s invasion of Ukraine and subsequent sanctions against Russia, a major supplier of natural gas. Many European nations have been scrambling for alternatives to Russian natural gas, competing for boatloads of LNG, driving up natural gas prices globally and in the US.

In addition to managers in the oil companies, shareholders also reaped the benefits of high energy prices during the quarter. Since the start of 2022, Exxon and Chevron shares have risen close to 46% and 26%, respectively.

“We are also helping to meet increased demand by expanding our refining capacity by approximately 250,000 barrels per day in the first quarter of 2023 – representing the industry’s largest single US capacity addition since 2012,” Woods said in a prepared statement.

Chevron’s CEO, Mike Wirth, sought to quell criticism that the company was pursuing profits at the expense of consumers.

“We more than doubled investments compared to last year to grow both traditional and new energy businesses,” Wirth said in the statement. “Chevron is increasing its energy supply to help meet the challenges facing global markets,” he said.

Exxon and Chevron’s profits were announced a day after Shell posted record earnings of $11.4bn (nearly £10bn) for the three-month period from April to June.

Frances O’Grady, the general secretary of Britain’s Trades Union Congress, called “beating profits” “an insult to millions of working people who are struggling to get by because of high energy bills.

“Working people are facing the longest and hardest wage squeeze in modern history. It’s time for working people to get their fair share of the wealth they create, and start with real action to bring the bills down, O’Grady said.

The Associated Press contributed to this story