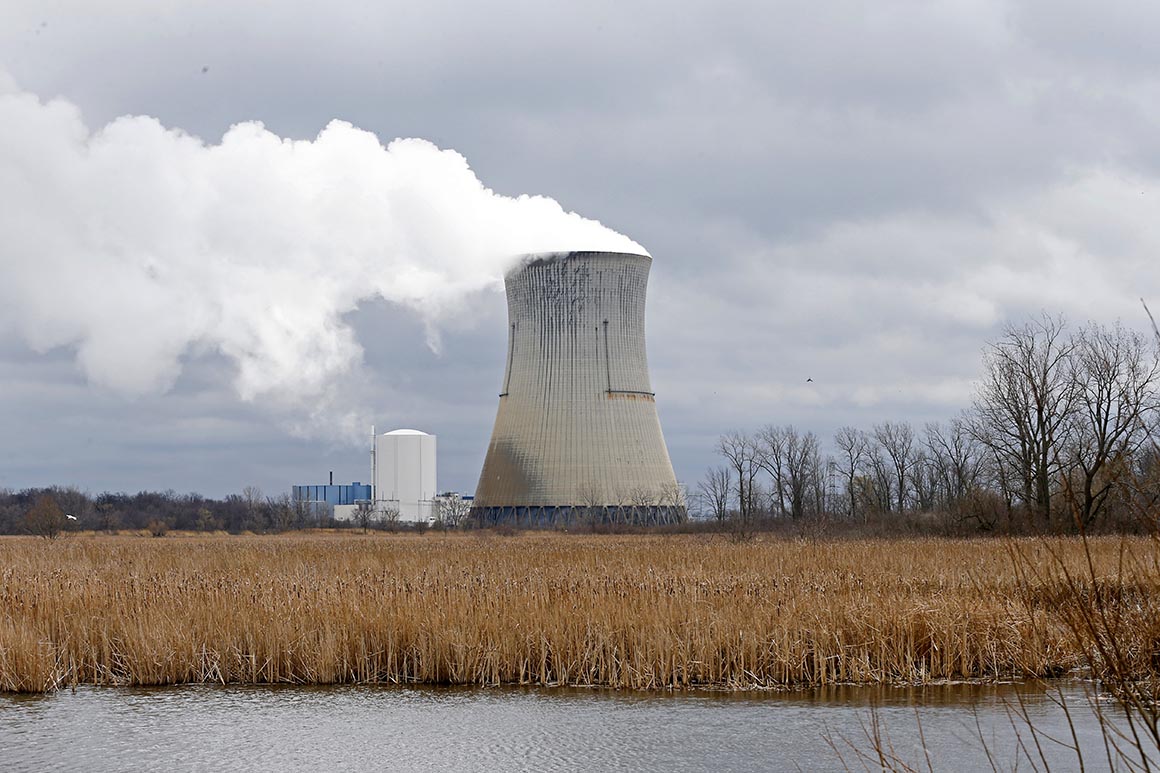 Ohio House approved a bill Wednesday to clear clean energy standards and subsidize nuclear and coal plants in danger after a moment's press from a Trump reelection official to secure his passage.

Bob Paduchik, senior adviser for the Trump reelection campaign, called Tuesday night at least five members of the Ohio House of Representatives, who pushed them to vote yes on the bill, five people acquainted with the search for POLITICO, sources said that Paduchik emphasized preserving jobs at the Perry and Davis-Besse nuclear power plants, both located in northeastern Ohio on the shores of Lake Erie. when contractors and suppliers are added to the mix.

The story continues under

"The message is that if we have these plants we closed can't get Trump reelected, said a senior legislative source with knowledge of the talks. "We go into an election year, we can't lose jobs."

Paduchik did not return comment requests, but confirmed a local reporter that he called lawmakers to support the bill and said he did so as a personal matter.

By registering, you agree to receive newsletters or notices from POLITICO. You can subscribe at any time.

The bill, which would create a $ 300 million subsidy program for two nuclear plants and two coal-fired plants in the state, passed 53-43 on Wednesday afternoon. It is now going to the state's senate.

Owner FirstEnergy Solutions has threatened to shut down the plants if they are not subsidized, and Cleveland.com reports Republican government Mike DeWine, and trade union leaders made similar arguments in other 11-hour talks to lawmakers.

Legislators contacted by Paduchik include Republican reps. Don Manning, Darrell Kick, Laura Lanese, Reggie Stoltzfus and Dave Greenspan, sources told POLITICO. The sources requested anonymity because they had other activities before the legislator.

Paduchik led President Trump's successful 2016 campaign in Ohio, after which he co-chaired the Republican National Committee. In December, the Trump 2020 campaign announced that it would return to oversee the president's re-election bid in the decisive Midwest.

The White House referred questions about Paduchick's involvement in the Trump campaign, which did not immediately respond to a request for comment

In addition to Paduchik, three sources said that some lawmakers received calls from two members of the Ohio delegation to the US House – Republican Reps, Steve Stivers and Bob Gibbs. Their offices did not return comments requests.

FirstEnergy Solutions, which split from the FirstEnergy tool in a bankruptcy process last year, said it did not involve Paduchik or its members on behalf of the house. FirstEnergy's Political Action Committee has supported Trump, DeWine and the Ohio Republicans in the past, and CEO Chuck Jones met with President and Energy Secretary Rick Perry on the energy policy before the tool and its subsidiary.

"FirstEnergy Solutions does not work with the Administration in any way, either directly or through proxies. There has been no engagement," a spokesman said in an email. The company also said it did not work with "Trump Campaign or the Ohio Congress Delegation on HB 6."

Along with the subsidy Nuclear Plant, HB 6, would also increase existing payouts to two major coal plants owned by the Ohio Valley Electric Corporation, a conglomeration of Midwestern utilities. To pay for the new subsidies, the bill would eliminate the state's energy efficiency standard and its 12.5 percent-for-2027 renewable energy standard, funded by the user credit.

Approval in the house means that the bill will now be moved to the Senate. Insiders told POLITICO earlier this week that the chamber could take longer to discuss the bill, which could create a crime for FirstEnergy Solutions, which has to decide next month to fill the Perry facility or continue with closure procedures.

Analysts at ClearView Energy but predicted that the final passage is likely before the last scheduled day of the legislative session, June 26.

"While we see fewer incredible supporters in the GOP-controlled state party, we believe enough support among Republicans and governor Mike DeWine (R) advocacy for HB 6 could animate the upper chamber approval," analyst Tim Fox wrote in a note to clients Wednesday.

Are you missing the latest shots? Sign up for the POLITICO Playbook and get the latest news, every morning – in your inbox.