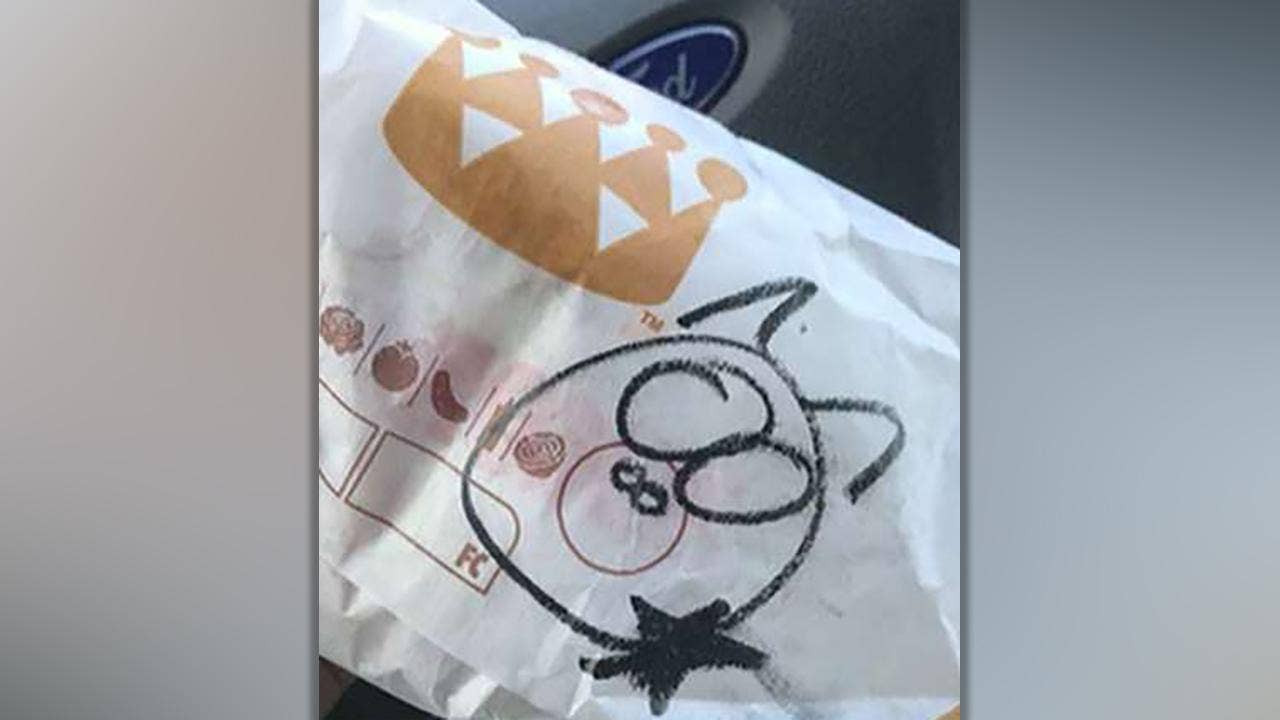 A New Mexico police officer who found a drawing of a pig in his Burger King order said Monday that he believes the incident shows a lack of respect for law enforcement.

"Everyone has freedom of speech, you know, if people want to express hatred or resentment they have for law enforcement, they certainly can, but if they follow it up with actions that I don't enjoy for lunch or other acts, I mean you all have People throwing water at the New York police, that's not OK, "Officer Timo Rosenthal told" Fox & Friends. "

Five employees of Burger King in Clovis, NM, have been fired in connection with the cartoon pig drawn on the packaging of Rosenthal's burger, employees were fired immediately after Rosenthal posted his burger on social media. 1

9659003] Originally Rosenthal and his partner both laughed at the pig drawing, but he noted that his burger also seemed to be overcooked.

"When I opened the burger and saw the burnt carbs and the quality of the burger, j I said it wasn't a joke and knew it was despite it, "he said.

A Burger King spokesman said in a statement to Fox News: "What happened is unacceptable and not in line with our brands. When the restaurant owner was made aware of the incident, the officer involved immediately apologized and said up the involved team members. "

Furthermore, the restaurant offers free meals to uniformed officers and will provide a lunch to the food police department.

"I definitely think they responded correctly. Everyone has to be held accountable for their own actions, and that's what they did, they hold people accountable," Rosenthal said.

The chief of the Clovis Police Department told KRQE was "disappointed" that a police officer was being treated in "A disrespectful and derogatory manner."