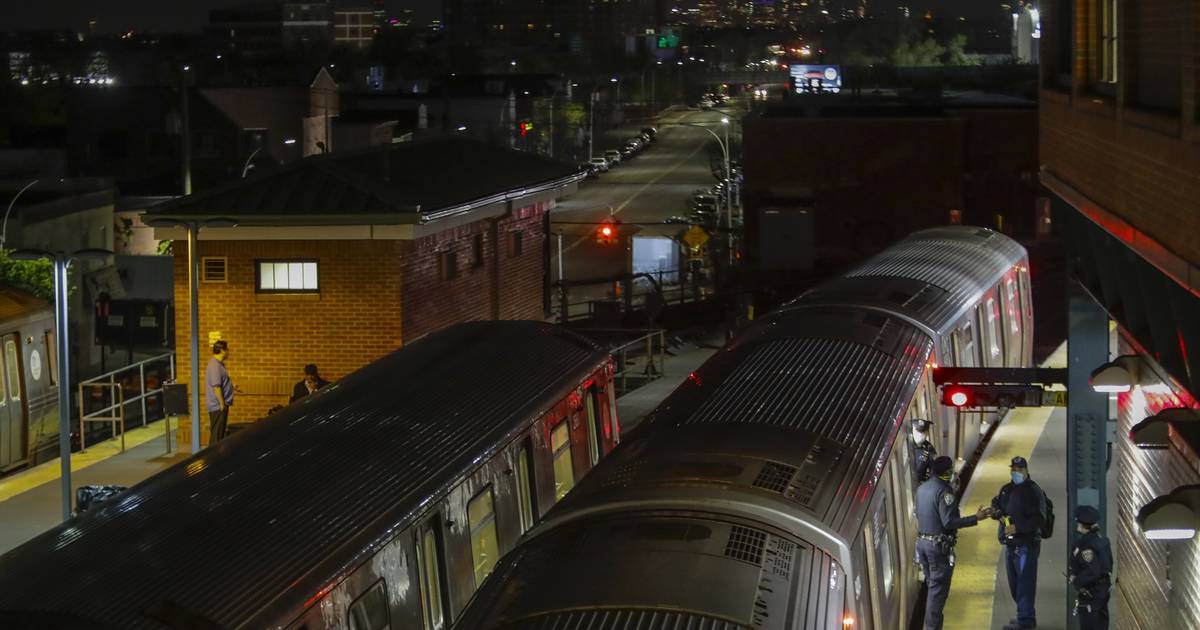 Stay away from the raging financial pro.

An equity analyst for a boutique Midtown investment firm was behind bars after he was accused of punching a Subway operator in a drunken rage, police said Saturday.

Jean Francois Coste, 53, was inside the Stillwell Ave. station in Coney Island around 12:30 a.m. Friday when he got into an argument with 56-year-old train operator Tanya McCray, police said.

Clearly intoxicated, Coste, a senior equity analyst at Tocqueville Asset Management, tried to enter an employee-only crew room on the station’s mezzanine, possibly to use the bathroom, police sources said.

McCray, a 21-year MTA veteran, was leaving the crew room at the start of his shift when Coste tried to enter.

McCray said that when she closed the crew room door and told Coste he couldn’t go in, the banker punched her in the face.

McCray fought Coste and hit him in the face with her lunch bag and thermos, before a staff member pulled the Brooklyn resident off her.

Coste then ran to a train platform. MTA workers cornered him on an idling train before police took him into custody.

At the time of the attack, the Stillwell Ave. station — the last stop for the D, F, N and Q trains — was swarming with police officers, homeless advocates and mental health workers conducting well-being checks on homeless riders, a source with knowledge of the matter said.

McCray suffered multiple bruises and was taken to Coney Island Hospital for an evaluation.

Coste was charged with assault on a transit employee, harassment and menacing and was ordered released without bail during a brief arraignment in Brooklyn Criminal Court. He is expected to face the charges in March. The judge also ordered Coste to stay away from MTA employees.

The arrest was Coste’s first, a police source said.

At his Boerum Hill brownstone, Coste — who had a black eye and scratches on his face — declined comment to The News.

Before joining Tocqueville Asset Management in 2008, Coste was senior vice president of global investments at US Trust, according to the company’s biography. His LinkedIn page says he was educated in France.

McCray’s bosses and co-workers stand up for her.

NYC Transit Chief Operating Officer Craig Cipriano said the agency has “zero tolerance” for employee abuse. And President Richard Davis of the Transport Workers Union Local 100 said the union will call for harsh punishment. “We want to see this guy in court … No more slaps on the wrist,” Davis said.