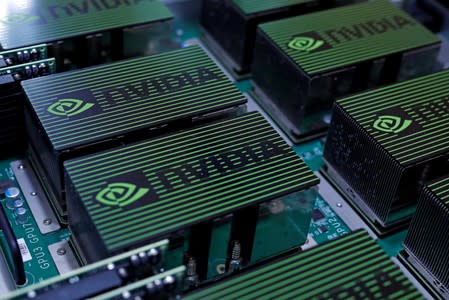 While Nvidia has entered into growth areas such as artificial intelligence and self-driving cars. The bread-and-butter business of selling chips that enhance video game graphics continues to be the biggest contributor to sales.

Revenues from the gaming business fell 27% to $ 1.31 billion, but beat analysts' estimates of $ 1.28 billion, according to five analysts polled by IBES Refinitiv.

The company said it expects revenue in the third quarter of $ 2.9 billion, plus or minus 2%. On average, analysts expected revenue of $ 2.97 billion, according to IBES data from Refinitive.

It reported quarterly adjusted gross margin of 60.1%, above expectations of 59.5%, according to FactSet data.

(Reporting by Munsif Vengattil in Bengaluru; Editing by Arun Koyyur)