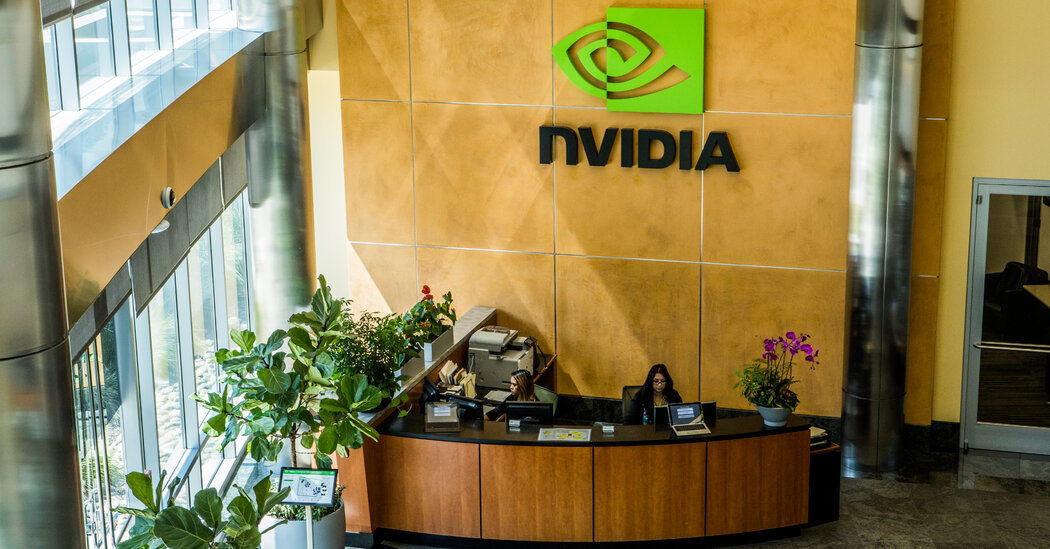 SAN FRANCISCO – Nvidia, the Silicon Valley chip maker, is ending its nearly 18-month effort to buy Arm, which licenses chip technology used in most smartphones, said two people with knowledge of the matter who were not authorized to discuss it.

Nvidia, a fast-growing company whose chips are best known for rendering images in video games, in September 2020 offered cash and stock then valued at $ 40 billion for Arm, making it the most expensive deal ever among chip companies. Nvidia made the offer to buy Arm from SoftBank, the Japanese conglomerate that has owned the British company since 2016. Nvidia̵[ads1]7;s rising stock price later sent the transaction’s value much higher, settling at about $ 60 billion on Monday.

But the blockbuster deal encountered setbacks that included a Federal Trade Commission lawsuit in December to block the acquisition, as well as opposition from regulators in Britain.

The end of the deal is a blow to Nvidia and its chief executive, Jensen Huang, who has driven the company’s chips into new applications such as artificial intelligence software run by giant cloud companies. Mr. Huang argued that Arm, whose microprocessor technology is contained in more than 25 billion chips sold each year, could help give Nvidia a broader position in data centers akin to rivals like Intel.

But Qualcomm, Microsoft and others that license Arm technology argued that the deal could harm their businesses. That resonated with some regulators.

In its lawsuit to block the deal, the FTC asserted that Nvidia, which also licenses Arm technology, would be able to restrict access to that technology or manipulate the price that other chip companies paid for the technology. Nvidia also could misuse confidential information those companies shared with Arm, the agency said.

Nvidia also proposed remedies to allay regulator concerns. Those included setting up a wholly separate licensing entity, as well as licensing Arm-based intellectual property developed by Nvidia to all companies on a nondiscriminatory basis.

“There is no evidence that a combined Nvidia and Arm would have either the ability or the incentive to harm competition,” lawyers for Nvidia, SoftBank and Arm argued in response to the FTC complaint.

Whoever might have prevailed in court, the lengthy delays in closing the deal posed problems for Arm and SoftBank. SoftBank had paid $ 32 billion for Arm in 2016, as an audacious bet by its chief, Masayoshi Son, on a global rise in internet-connected devices, and was looking to reap gains from the deal.

SoftBank now plans to take Arm public, one of the people with knowledge of the situation said. Simon Segars, Arm’s chief executive, has decided to step down and will be succeeded by Rene Haas, another executive at the company, the person added.

The end of the deal is not a surprise. Many Wall Street analysts had concluded after the FTC suit that Arm would have to make other plans. Last month, Bloomberg reported that Nvidia was likely to abandon the effort; The Financial Times reported earlier on Monday that the transaction was being canceled.

“It feels safe to say that virtually no one in the investment community has expected it to close anyway,” Stacy Rasgon, an analyst at Sanford C. Bernstein, wrote in a research note last month.

He suggested that Nvidia should be able to continue its recent momentum in the data center market. The company has also been propelled by strong chip demand associated with AI, video games, assisted driving and Bitcoin mining.

Arm first went public in 1998 and remained publicly held until the SoftBank acquisition. Pierre Ferragu, an analyst at New Street Research, wrote earlier this month that Arm should be able to successfully go public again, at a valuation in the range of $ 45 billion.