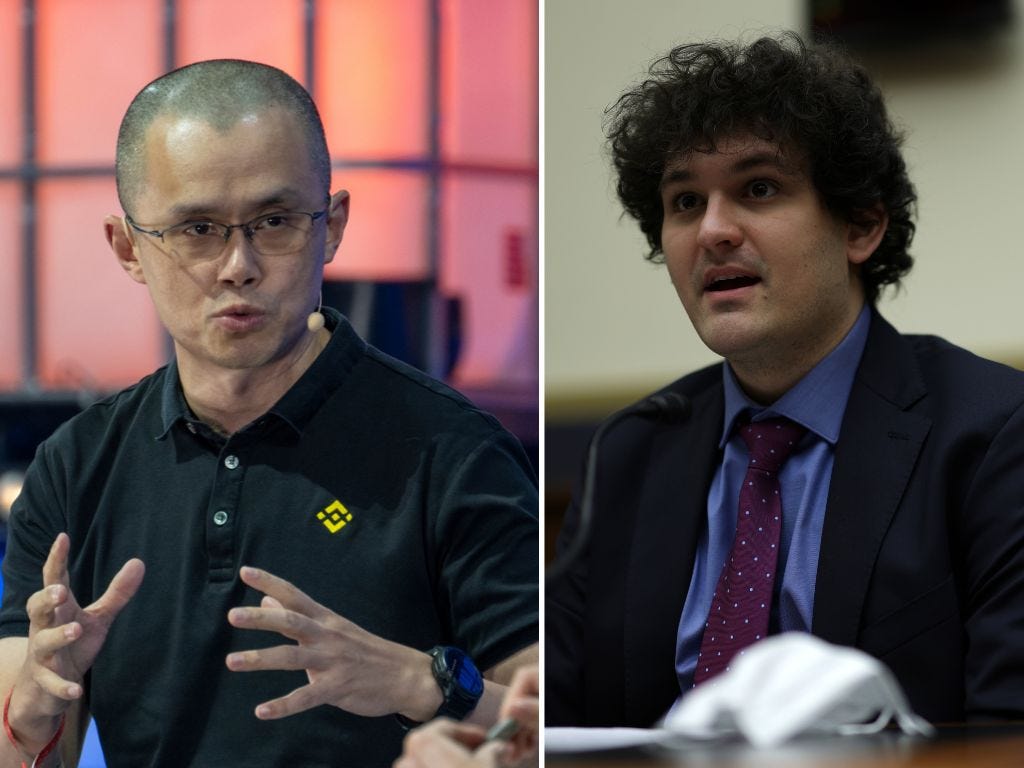 Sam Bankman-Fried regrets the feud that may have cost him his crypto empire.

The former FTX chief said criticizing Binance CEO Changpeng Zhao, known as “CZ,” was “not a good strategic move on my part,” in an interview with the New York Times on Sunday.

The clash between the two is key to understanding one of the most dramatic collapses ever in the crypto world.

Zhao and Bankman-Fried started out on friendly terms: Binance, a rival cryptocurrency exchange, invested in FTX in 2019. However, relations soured when Bankman-Fried pushed for regulation of the crypto industry, which Zhao opposes.

The New York Times reported that Bankman-Fried used her growing influence in Washington to criticize Zhao in private meetings.

“I was quite frustrated by a lot of what I saw happening, but I should have understood that it wasn’t a good decision for me to express that,” Bankman-Fried told the New York Times.

The dispute between the two billionaires came to a head early last week when Zhao announced that Binance would sell all of its holdings of FTT, a cryptocurrency created by FTX.

“We gave support before, but we will not pretend to love after divorce … we will not support people who lobby against other industry players behind their backs,” Zhao tweeted.

Binance initially agreed to buy FTX to save it from a dire financial situation, but later canceled the deal.

– I shouldn’t throw stones in a glass house, so I hold back a bit, Bankman-Fried told employees, according to The Times. “Except to say: they probably never really planned to go through with the deal.”

FTX tried unsuccessfully to find other investors, and finally filed for bankruptcy on Friday. A week earlier, the cryptocurrency exchange was worth $32 billion.

Bankman-Fried is facing multiple investigations and allegations that he misappropriated FTX client funds by allegedly funneling them into a separate entity, his crypto trading fund, Alameda Research.