No, the Mac plant in Texas is not new 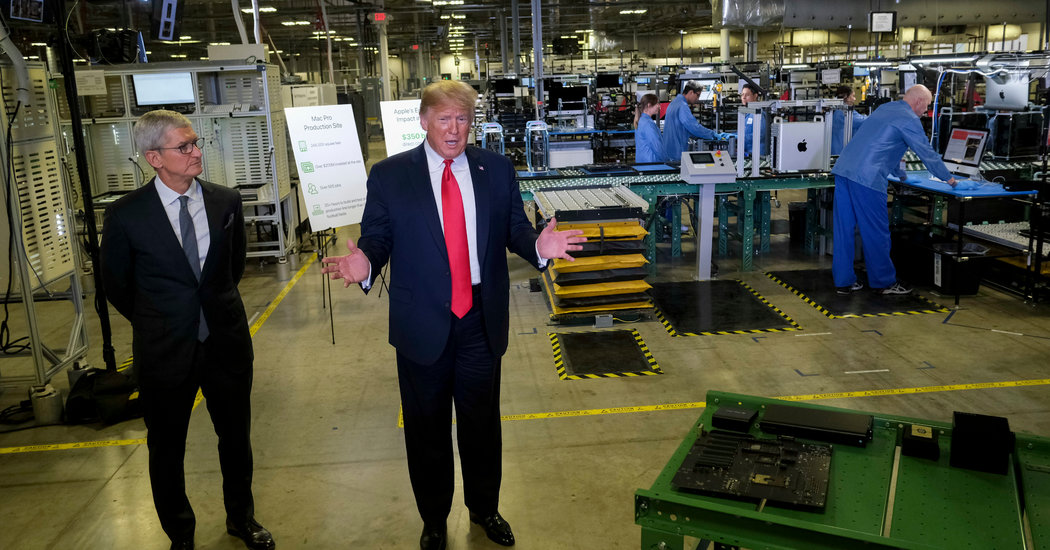 Earlier this year, Apple unveiled a new version of the Mac Pro, with a starting price of $ 6,000. Shortly after, Apple and the White House began a month-long public dance over where to make the computer.

Apple said it needed to waive tariffs that the White House had imposed on certain Chinese-made components, such as power cables and circuit boards, to continue making Mac Pro in Texas. First Mr. Trump tweeted no but the White House later granted 10 of the exemptions.

On Wednesday, Mr. Cook showed Mr. Trump the new Mac Pro, which recently began to come out of the factory assembly line. He pointed to different components of the computer and checked which states they came from.

Apple uses 9,000 suppliers in all 50 states for its products, it states. Almost all of these suppliers ship their parts to China, where Apple's manufacturing partners bring together the vast majority of the company's devices, including iPhones, iPads, MacBooks and Apple Watch.

The Chinese factories employ millions of people. Flex's Austin plant employs around 500 workers, which puts together one of Apple's lowest-volume products.

He then noted that before Trump arrived that day, Apple had broken ground on a nearby, previously announced $ 1 billion campus in Austin. These offices are expected to open in 2022 with around 5,000 white-collar employees in areas such as engineering, sales, operations and customer support. The campus can eventually house 15,000 workers, but no one is expected to be in production.