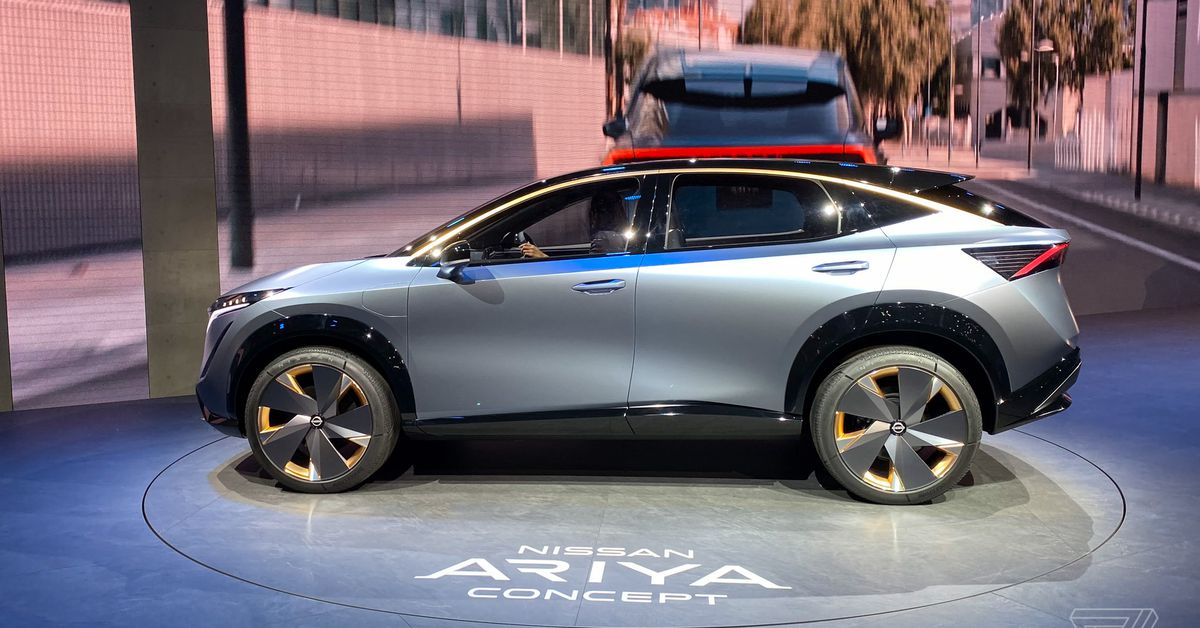 Nissan unveiled a strange new electric concept car this week at the Tokyo Motor Show in 2019. No wonder it had a virtual koi fish assistant or it resembled a boxy, Blade Runner -y sedan, or that it sings. No, the new Nissan Ariya concept is strange because of what normally looks like. For the first time in a few years, you can look at the latest Nissan concept and get a real sense of what the company can do with a non-Leaf electric car.

It's on the design side, at least. Nissan did not pervert too many technical details with Ariya, not to mention that it was designed to be powered by a dual electric motor setup that enables four-wheel drive performance. (Which, personally, I think is ironic considering the automaker's team in all-electric racing series Formula E got twin engine setup excluded from the series after quietly using one this past season.)

Ariya is more about where Nissan wants the design language to go [19659004] As far as the look of the car goes, Ariya doesn't feel that far away which could come into production next year. It's a crossover SUV, so it's on the smaller side, and it's most similar to the Jaguar I-Pace. Meanwhile, the two-tone look and the thin, aggressive headlights remember the designs used by startups like Byton or Faraday Future.

Ariya has a relatively simple interior, with a large 12.3-inch horizontal screen extending from behind the steering wheel to the center of the dashboard. Nissan boasts of having almost no physical buttons in the press release to get a button that will be used to navigate the infotainment system and vehicle settings on display. For the climate controls, there are a number of touch-sensitive icons on the lower part of the dashboard that have haptic feedback.

There are some other smart car touches on Ariya, such as how the concept car will recognize the driver's smartphone and automatically adjust the settings to their liking, or how the vehicle is equipped with Nissan's most advanced version of the ProPilot assistance system. If you can knock Ariya for something, it's that it's not the most memorable car because of how normal it looks (save for maybe those wheels).

But the most amazing thing about Ariya is that at least, this time, Nissan dropped gimmicks and rolled out a sensible vehicle that we can very well see in production form one day soon. For those who have been waiting for the Japanese carmaker to start talking about a sequel to Leaf (which has been a successful car in its own right), Ariya looks like the beginning of the conversation.