Nissan chief Hiroto Saikawa confirms that he was overpaid 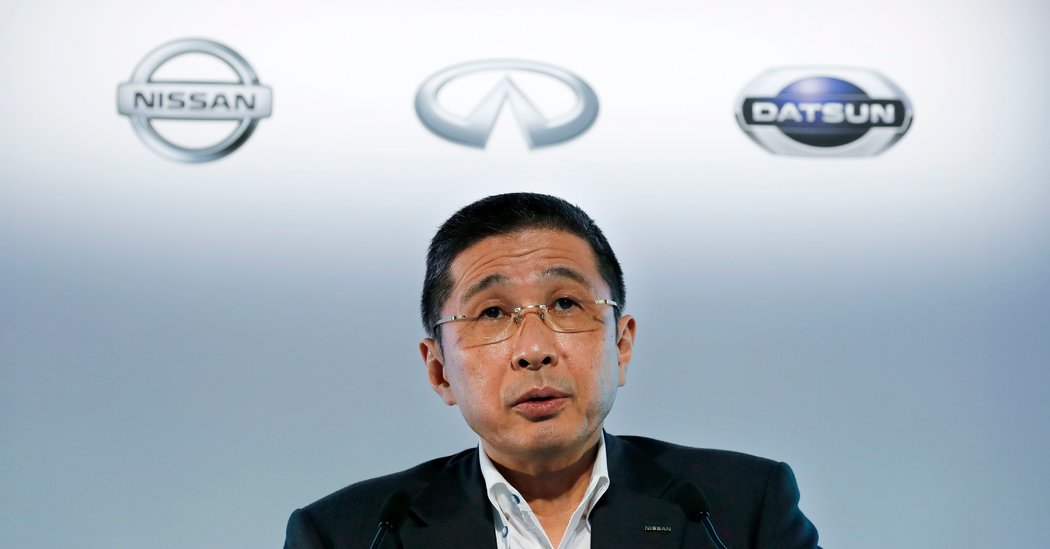 Nissan's embattled chief of staff, Hiroto Saikawa, said on Thursday that he had received higher compensation than he was entitled to, but denied prior knowledge of the case.

Speaking to local news media, Mr. Saikawa acknowledged that an internal Nissan investigation had discovered that he and other executives had received equity compensation beyond the amount they were entitled to. Saikawa received about $ 440,000 in excess compensation, according to NHK, the official Japanese broadcaster, which he blamed for a company error.

"I regret any concerns that arise from this," he said, according to NHK, "and I believe the amount that is different from the original registration should be returned to the company. That is my intention."

The acknowledgment will probably make Comparisons with the compensation paid to Carlos Ghosn, Nissan's former chief executive and the former head of the huge car alliance between Nissan, France's Renault and Mitsubishi Motors of Japan, Japanese prosecutors have charged Ghosn with underreporting his own compensation, an accusation he has

The results of the investigation are expected to be presented to Nissan's board on Monday, said Azusa Momose, a Nissan spokeswoman, who declined to comment further.

Mr. Saikawa's disclosure casts a further cloud over a car manufacturer who is shaken by scandal and major industry problems, profits have almost evaporated and sales are falling. it is about to lay off 12,500 employees worldwide and has found itself at odds with its alliance partner, the French carmaker Renault.

Nissan has attributed his myriad problems to Mr. Ghosn, saying that both the economic and governance issues resulted from an over-concentration of power in his hands.

The pending lawsuit against Mr. Ghosn and his former lieutenant, Greg Kelly, has put Nissan under an unfavorable light. Kelly was taken into custody in Japan in November at the same time as Ghosn suspected of conspiring to underreport Mr. Ghosn's compensation. Kelly has denied the charges, and both former executives are out on bail.

Kelly drew attention to possible problems with Mr. Saikawa's replacement in a long interview published in June in the Japanese magazine Bungei Shunju, a journal of literature and politics.

In the interview, Mr. Kelly said that Mr. Saikawa had signed off on Ghosn's compensation and had asked Nissan for financial help to buy a second home in Tokyo. In one case, Kelly said, Mr. Saikawa had increased his earnings by incorrectly changing the execution date for stock-based compensation.

Neither Mr. Saikawa nor Nissan has responded directly to the allegations.

However, independent report on the problems of the company under Ghosn acknowledged that Saikawa had signed documents related to the former manager's compensation.

The company's profit fell 94 percent in the period April to June compared to the same time last year. The company had previously warned that net profit would hit rock bottom in 2019 and fall nearly 47 percent by the end of the fiscal year in March. The announcement followed a nearly 45 percent decline in earnings last year.

The fall is driven by a reduction in global demand for cars, especially in Europe and North America, Nissan's largest market. But Nissan's problems have been compounded by a stagnant product lineup and difficulties in attracting American consumers who favor trucks and sports cars.

The problems are a legacy of Mr. Ghosn's time as head of the company, Saikawa says. But his own leadership has also been investigated. Over the past few months, shareholders, the press and former colleagues have begun to question Mr. Saikawa's reference and ability to lead the company through its current issues.

Mr. Saikawa was re-elected to Nissan's board in June with around 78 percent of the vote and over the objections of two proxy advisory firms. Both companies had made requests for shareholders to reject Mr. Saikawa's appointment, citing concerns about Nissan's performance and questions about his involvement in Mr. Ghosn's alleged wrongdoing.

During a news conference in July, Saikawa suggested that he could resign during the year, noting that he had asked for a newly formed nomination committee to start looking for his replacement.