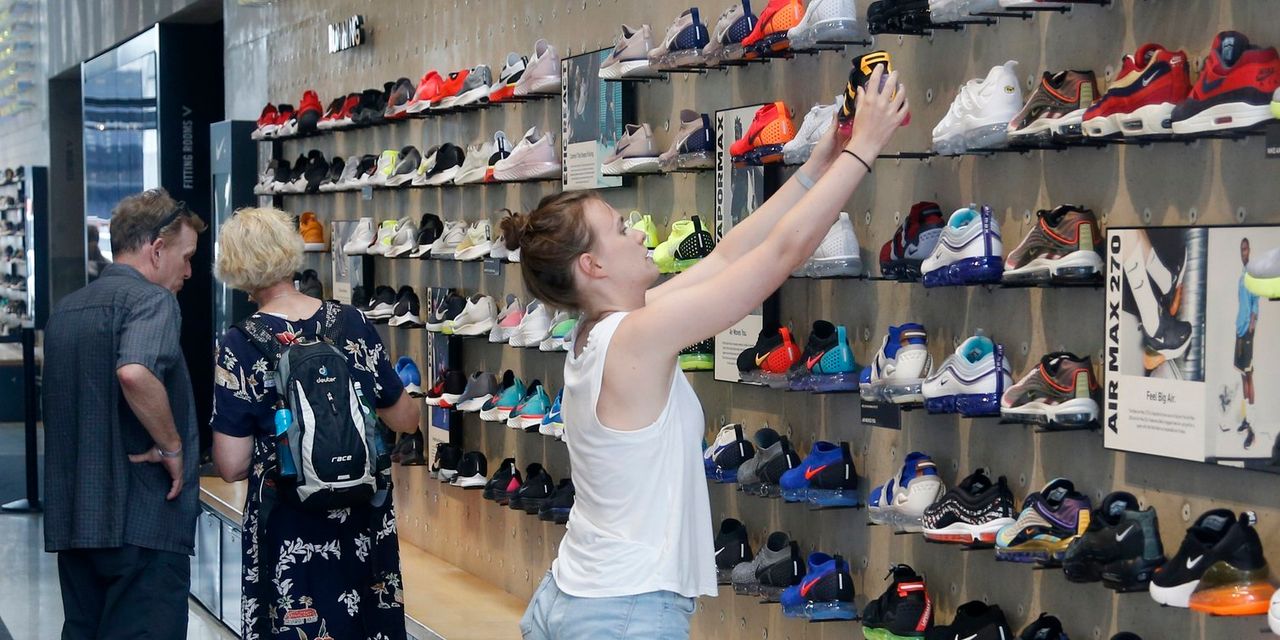 posted higher sales in the last quarter, reinforced by strong demand in both the US and China, and executives said the trade conflict between the two countries has not harmed

"We have Not seen any influence on our business so far, and we continue to see strong momentum, "said Nike CEO Mark Parker in a conference call Thursday.

Trump administration increased tariffs of $ 200 billion of Chinese imports to 25% in May. It has threatened to add new tariffs to an additional $ 300 billion in Chinese imports, including footwear. President Trump is meeting this week with Chinese leaders at the G20 summit to renew trade negotiations.

Nike, which does not own factories, produces about 25% of its global clothing and shoes in China. But executives said the company could source from factories in other countries to reduce any potential US market tariffs.

"While it is certainly dynamic out there with respect for trade, we are relatively well positioned," said Mr. Parker.

For the fourth quarter, total sales increased 4% to $ 1

Nike has used its digital apps to expand sales online and reduce confidence in traditional stores. In fiscal policy 2019, digital sales jumped 35% after Nike invested over $ 1 billion in their apps and other capabilities during the year, Mr. Parker said. He expects digital transactions to account for at least 30% of Nike & # 39; s business by 2023.

For the new fiscal year, the company repeated its previous economic forecasts, requiring revenue, excluding currency fluctuations, to increase with a high-single- digit percentage. On the basis of this, revenues rose by 7.5% in the financial year ended May 31.

"We expect a year of broad growth with all four geographical areas delivering on our long-term financial model," said Finance Director Andrew Campion. He said the company faced increased pressure on profit margins from currency fluctuations and spending on supply-side projects, such as adding RFID codes for each product.

The first quarter Nike forecast reported revenue growth to just over the fourth quarter, as revenue grew 4% from the previous year.

Write to Khadeeja Safdar at khadeeja.safdar@wsj.com and Patrick Thomas at Patrick.Thomas@wsj.com