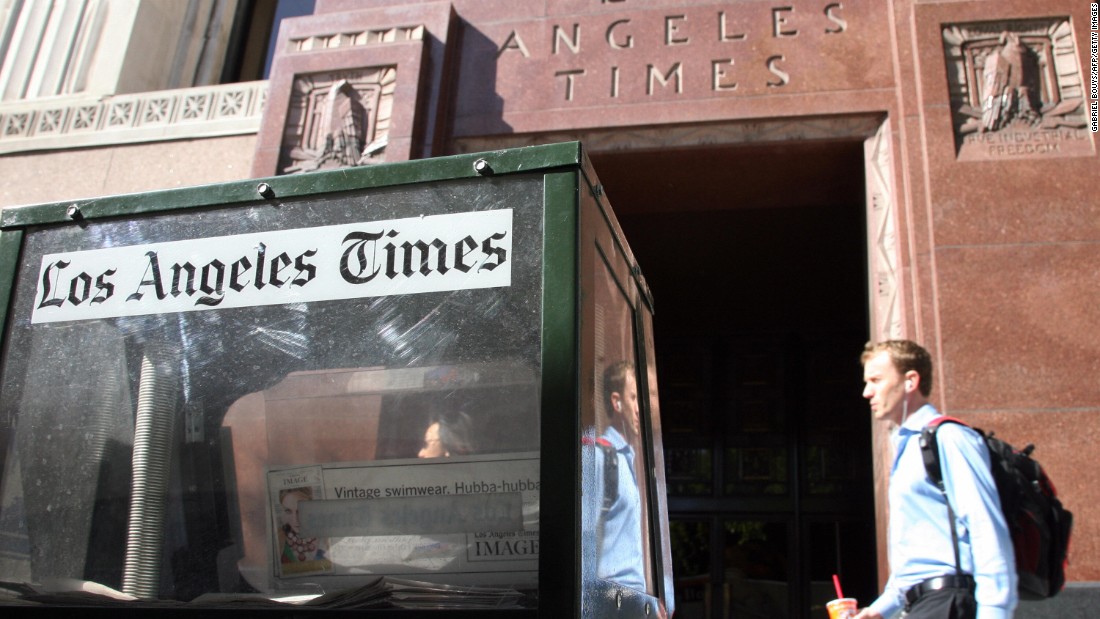 Several papers, including the Los Angeles Times and the San Diego Union-Tribune, suffered from pressure and distribution delays as a result of the incident.

Some journalists wondered about the irony of a digital bug that interrupted printed papers. But there is also real concern about the effectiveness of the attack.

Tribune Publishing said "malware" was discovered on the servers Friday. The Union Tribune, which also called it a "virus", said most subscribers were left without a Saturday morning paper as a result.

The incident affected other newspapers in other ways. At The Baltimore Sun, for example, the regular comics and puzzles were not included in the Saturday issue, the paper tweeted.

In Southern California, the distribution of The New York Times and The Wall Street Journal was also delayed, because all the newspapers rely on the same printing pressures.

The LA Times, referring to a "source of knowledge of the situation", said Saturday that the cyber attack "seems to originate from outside the United States."

A Tribune Publishing spokeswoman said she couldn't confirm it.

And the employees at some of the affected newspapers said they didn't receive much information from the management about the extent of the cyber attack.

An internal note from Tribune CEO Justin Dearborn Saturday, "malware" referred to "we are progressing with this issue."

Papers using Tribune software were affected. LET. The Times and the Union Tribune are no longer owned by Tribune, formerly known as Tronc. But the papers continue to use some of Tribune's systems.

The virus "hobbled our ability to publish," editor and publisher Jeff Light in a Saturday morning letter to readers.

According to Dearborn's note and the company's statement, employees had to make "solutions" to release Saturday issues.

"There is no evidence that customer credit card information or personally identifiable information has been compromised," Dearborn wrote.

But some important back office systems were interrupted. When some LA Times readers called to inquire about their print job, the customer service telephone lines were on the fritz.

And the staff on two papers using Tribune software told CNN Business that the time card system for keeping track of working hours was offline for a while.

The websites of the affected newspapers were never affected.