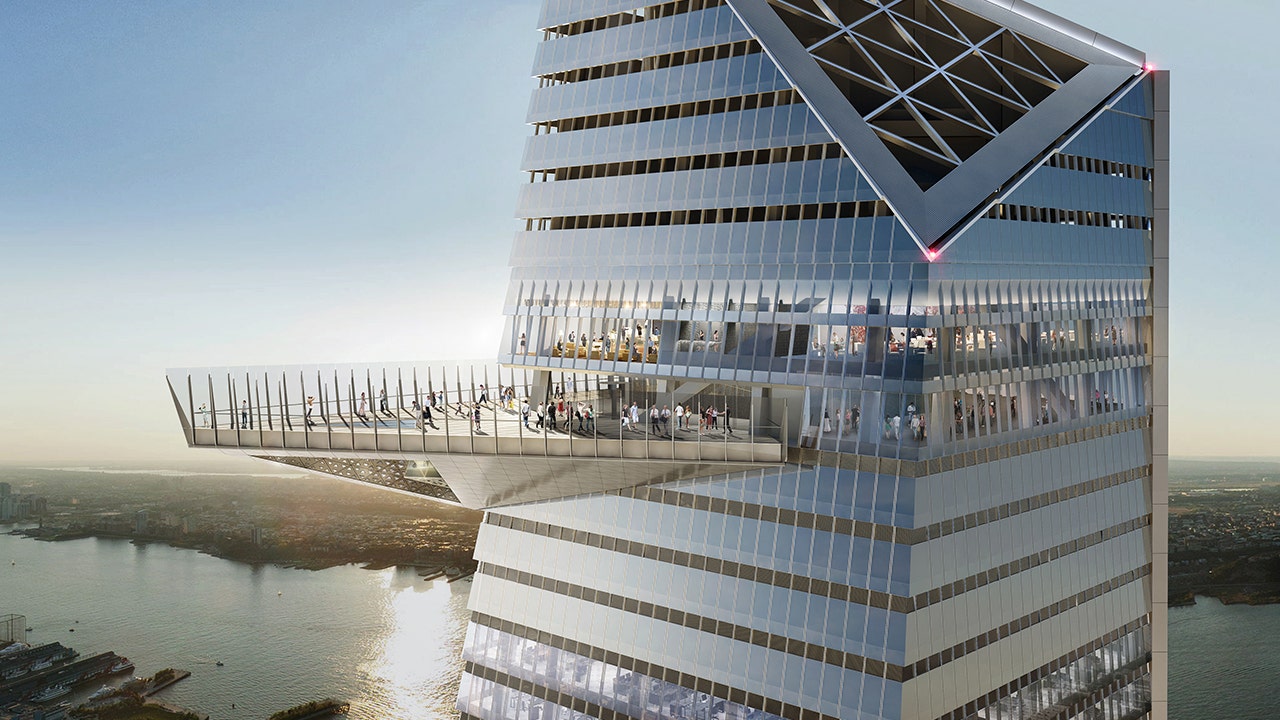 New York's latest upcoming attraction is not for the faint of heart.

The property company behind the 30 Hudson Yards tower, to be opened later this year, has revealed details of the free observation deck planned for the 100th floor, which is said to be the "tallest man-made outdoor area in the western hemisphere".

structure, itself in terms of assembling a "sky puzzle", will also have a viewing window built into the outdoor platform.

The construction, in itself to assemble a "puzzle in the sky", will also have a viewing window built into the outdoor platform so that guests look straight down on the city from 1 100 feet in the air.

A 9-foot glass wall will also surround the deck, which will protrude 60 meters from the building, in order to provide "unrivaled views of the New York skyline."

"Go ahead and lean over Manhattan, literally on the nine-meter-long wall of bold angled glass – if you dare," reads an announcement for the project, which Hudson Yards now calls "New York Edge."

In addition to the observation deck, the 2.6 million square meter building will include restaurants, a show and office space, some of which have already been acquired by Warner Media.

CLICK HERE TO GET IT E FOX NEWS APP

30 Hudson Yards was designed by Bill Pedersen, by Kohn Pedersen Fox Associates. It's part of Hudson Yards real estate development, which is the largest private property development in "US history", by press release.