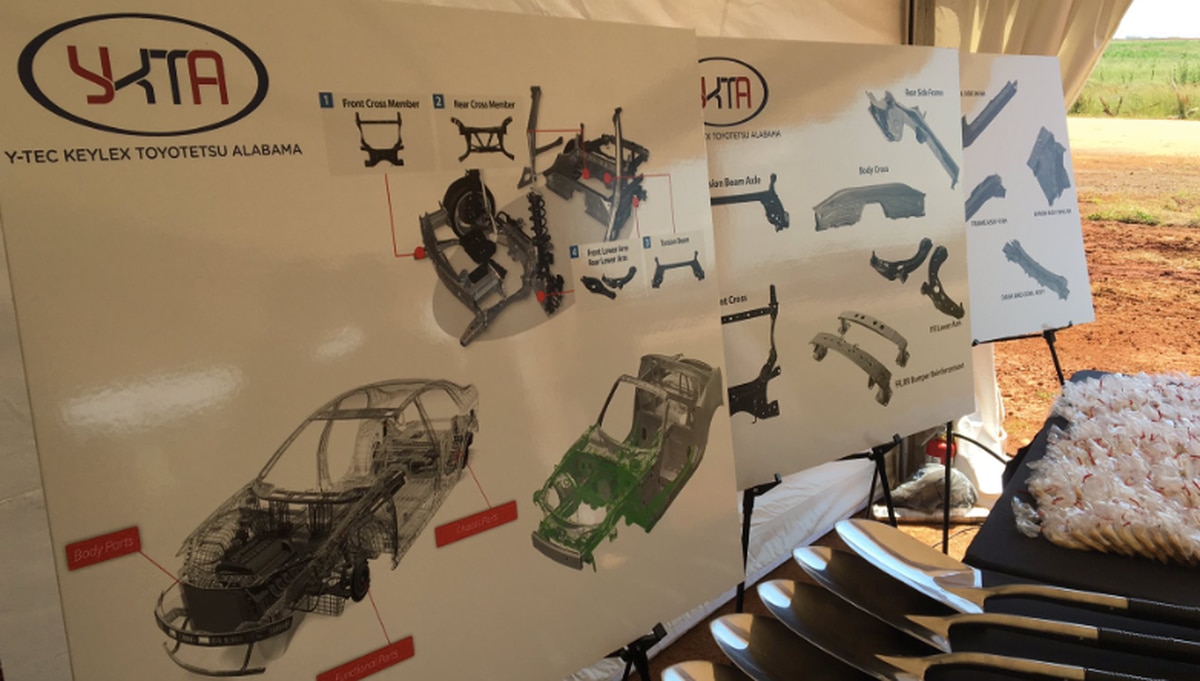 gov. Kay Ivey announced on Wednesday the largest supplier yet to complete the Mazda Toyota Manufacturing US plant in Huntsville.

YKTA will provide a number of parts to the cars to be built at the MTMUS plant on a $ 220 million plant to be built on the giant automobile factory in Limestone County. The supplier plant will create 650 new jobs.

"It's a significant addition to the growing cluster of vendors around the Mazda Toyota facility here in Huntsville," Ivey said. "The Alabama business is on the roll and we're not planning to stop ever."

The breakthrough for YKTA, held on the edge of the MTMUS campus, including Mazda and Toyota leaders. The YKTA facility will be built on the north side of the MTMUS facility, and the two will be connected via a breezeway, which emphasizes its close cooperation.

"This is our third supplier to MTMUS. Over 1

In addition to the 4000 jobs at the MTMUS factory itself, the supplier job is $ 1.6 billion.

YKTA, a new joint venture formed between a trio of Mazda and Toyota suppliers, will produce structural body stamps and assemblies, as well as functional and chassis parts, for MTMUS. The three companies that came together to former YKTA – Y-tec, Keylex and Toyotetsu – are existing Japanese car dealers with operations in North America. Y-tech and Keylex have historically been suppliers for Mazda while Toyotetsu provided parts to Toyota.

"We need regular suppliers," said Mark Brazeal, CEO of MTMUS. "They're going to make parts for the Toyota vehicle and the Mazda vehicle."

Brazeal said the proximity to the YKTA plant will translate into a plentiful listing of parts for automakers.

YKTA also presented a $ 10,000 donation to Boys & Girls Club in North Alabama at the break.

YKTA already accepts job applications on its website at YKTAL.com.

The wave of vendors has been expected to roll into North Alabama and provide thousands of indirect jobs.

"It's the cycle that comes from MTMUS," Battle said. "When they come and start producing cars, we'll see more and more jobs and more and more economy come out of it. The future has several of these types of announcements."

It's the third major vendor announcement in recent weeks.

Last year, Ivey made a message at an event in Athens that the Toyota Boshoku will build a $ 50 production facility that will produce seat systems for vehicles built on the MTMUS plant. The Athens plant will provide more than 400 jobs.

And earlier this month, Ivey announced that DaikyoNishikawa USA will create 380 new jobs in a facility to be built on the Mazda Toyota campus in Huntsville. The supplier will produce large parts of the resin such as bumpers and instrument panels.