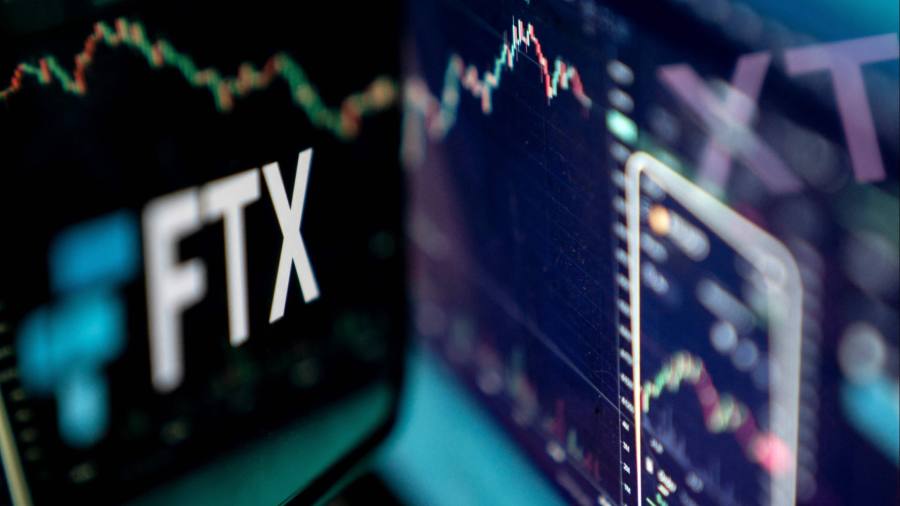 Collapsed crypto exchange FTX will seek to sell or reorganize its businesses, its new chief executive said on Saturday as the company prepared to appear before a US bankruptcy court.

“Based on our review over the past week, we are pleased to learn that many regulated or licensed subsidiaries of FTX, inside and outside the United States, have solid balance sheets, responsible management and valuable franchises,” said John Ray III.

Ray replaced FTX founder Sam Bankman-Fried as CEO when dozens of the group’s subsidiaries filed for bankruptcy protection on Nov. 1[ads1]1, after the company failed to meet billions of dollars in customer withdrawal requests.

FTX has later said it believes it may have more than one million creditors. It is set to appear at an initial bankruptcy court hearing in Delaware on Tuesday.

“[I]It will be a priority for us in the coming weeks to explore sales, recapitalizations or other strategic transactions with respect to these subsidiaries,” Ray said.

FTX asked the court to allow it to keep the names and identities of its creditors confidential, arguing that FTX had no traditional creditors and that disclosing the customers would harm it competitively.

“Public disclosure of the debtors’ customer lists may give the debtors’ competitors an unfair advantage in contacting and poaching those customers,” FTX said.

FTX sought the bankruptcy court’s permission to pay outside vendors that it said were essential to keeping operations going while it tried to reorganize. Among these are software providers as well as companies that provide security and storage of crypto assets. FTX has initially asked the court to approve $9 million in vendor payments.

In a separate submission, FTX asked the court to approve a new cash management system. It said it had confirmed cash holdings of $565 million, but because it had only been able to confirm balances in 144 of its 216 known bank accounts, it “did not yet know the total amount of cash [it] hold[s]”.

FTX announced that the company had retained Perella Weinberg Partners as investment banker to work alongside attorneys at Sullivan & Cromwell and consultants from Alvarez & Marsal.

Ray cited two FTX US subsidiaries, Embed Clearing and LedgerX, as well as units in Japan, Turkey and the UAE as attractive assets. FTX’s US arm acquired Embed Clearing, a brokerage technology and infrastructure provider, in June. It acquired LedgerX, an American derivatives platform, in October last year.

In a court filing Thursday, Ray detailed the chaos at Bahamas-based FTX, describing a “complete failure of corporate controls and . . . a complete absence of reliable financial information.”

Two other prominent cryptocurrency companies have filed for bankruptcy this year, Voyager Digital and Celsius Holdings. Like FTX, each sought to reorganize or sell itself rather than immediately seek to liquidate. Voyager had signed an agreement to sell itself to FTX, but that is unlikely to go ahead given FTX’s current problems.

Ray has vowed to investigate allegations of misconduct against Bankman-Fried and other executives.

Probate Court Judge John Dorsey will be asked to intervene on Tuesday in a brewing battle between Ray and the Bahamas.

The island nation has sought to retain jurisdiction over FTX Digital, an FTX subsidiary that is not one of the entities that filed for bankruptcy in Delaware. FTX Digital faces liquidation proceedings in the Bahamas.

FTX wrote in a court filing earlier this week that there was “credible evidence that the Bahamian government is responsible for directing unauthorized access to the debtors’ systems for the purpose of obtaining digital assets of the debtors – which took place after the initiation of these [bankruptcy] matters”.

In a statement released on Thursday, the Securities Commission of the Bahamas said that on November 12 it “took the action of directing the transfer of all digital assets of FTX Digital Markets Ltd to a digital wallet controlled by the Commission, for safekeeping”.